Today, March 7, 2019, marks the 3 year anniversary of this blog. On my first anniversary in 2017, I wrote a post about the journey to finding my blogging passion. Last year, I was so busy, I actually forgot about the anniversary! 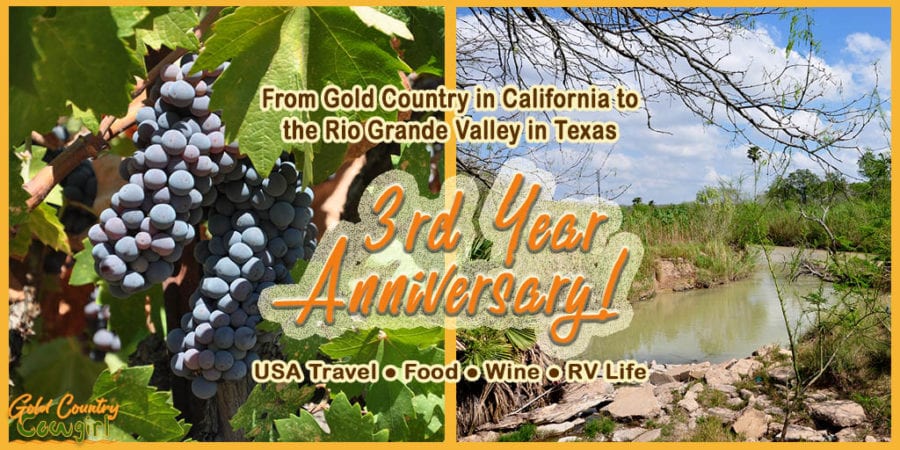 Where the Blog has Been

Two and a Half Years Documenting Gold Country

I moved to Gold Country in October of 2014 but I didn’t start the blog until March of 2016 when I decided I missed writing about travel. I was still writing my two pet blogs but travel, including wine and food, is my passion.

The blog was fairly static in terms of growth during 2017 and 2018, but already in 2019, it is on track to more than quadruple in views. After the life-changing decision I made in mid-2018, I began seriously focusing on meeting the goals I set for the number of blog posts to write per month and writing about things that I thought would be useful and entertaining for my audience.

In addition to writing about a place, I love to document it in photographs. I’m not the kind of photographer who goes out to take the perfect Instagram photo. I prefer to show a place as it actually is so people know what to expect when they visit and aren’t disappointed. During my four years in Gold Country, I took thousands of photos. I have put some of my favorite memories from the last three years together in a slide show. Some are from the blog, some are not. I hope you enjoy it.

I put some of my favorite memories from my last three years in #GoldCountry in a slide show. I hope you enjoy it. #travel #ustravel #california Click To Tweet

Where the Blog is Going

A New Home Base in the Rio Grande Valley of Texas

The six weeks I spent traveling by RV to Texas from California was absolutely epic! I had an awesome time and decided I love the RV life. What a feeling of freedom! I saw some amazing places and learned so much about myself and what I am capable of doing.

When I left Gold Country, I wasn’t sure if I would start full-time RV living then or later. Partly due to the horrible winter most of the country has been seeing and partly because my dad is 97 years old, I decided to stay put in Texas, at least for the winter. Even if I decide to stay around southern Texas for a while to be near my dad, I will take some long RV trips – a week or two at a time – to explore Texas. Texas is huge and has so much to offer! I’m loving it so far and can’t wait to see more.

For the first two and a half years of the blog, I wrote almost exclusively about northern California’s Gold Country, thus the name of the blog. When I decided to leave Gold Country, I was torn with what to do about rebranding or not rebranding. I am still uncertain what I want to do about that so, for now at least, I will continue to be the Gold Country Cowgirl. I’d love to hear your thoughts on the pros and cons of rebranding. Tell me in the comments below or send me an email.

Celebrating the 3 Year Anniversary of the Blog

How I’ll be Celebrating

I’ll be working during the day but I plan to kick back in the evening and enjoy one of the bottles of wine I brought with me from Gold Country. I’ll show you what I chose on social media. 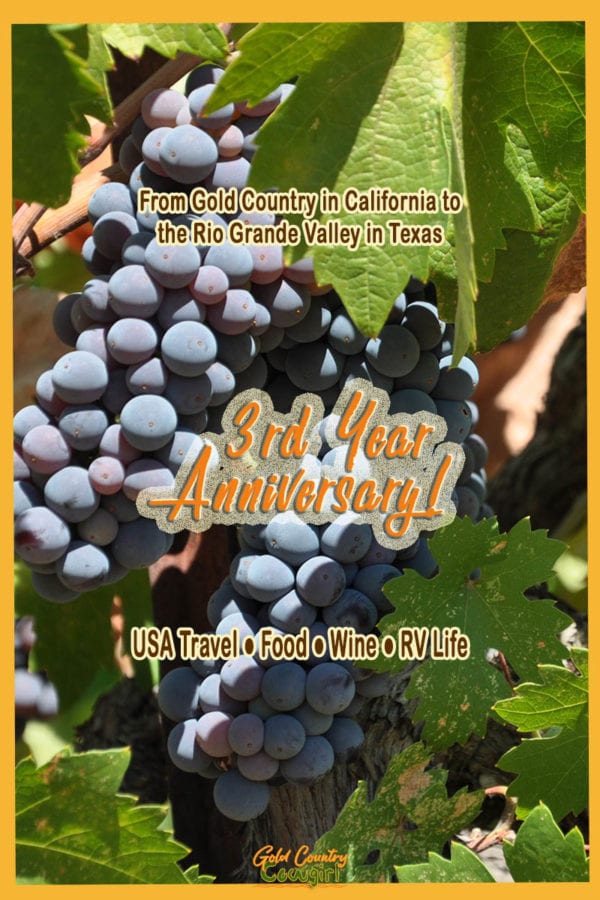 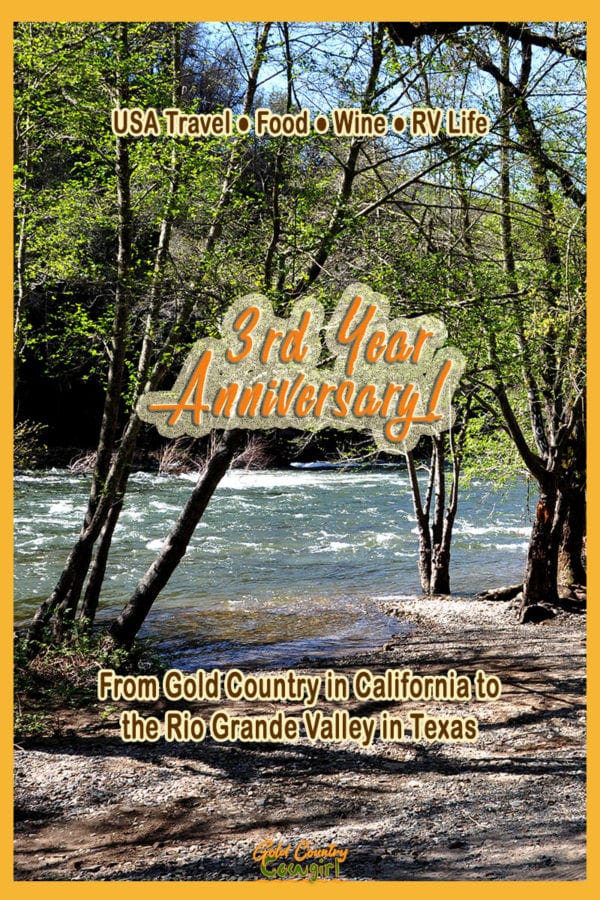