I’ve been wanting to visit Mexico since I arrived in Texas in November. A friend here in the park where I live is an American born Hispanic and we have been talking about doing this for weeks. Between the weather and conflicting schedules, we just couldn’t make it happen — until Sunday. There are at least five International border crossings from Texas into Mexico within easy driving distance. We chose the Progreso Texas border crossing which is the closest, about a 20 minute drive. This crossing goes from Progreso, Texas, into Nuevo Progreso, Mexico, where Linda has spent a lot of time. We planned a fun day of manicures, pedicures, a hair cut for me and lots of eating and drinking. Much of what I do is for the blog but this is the first time it was really for some me time, too.

You can read about my trip to Texas here: Epic 40-day California to Texas RV Itinerary 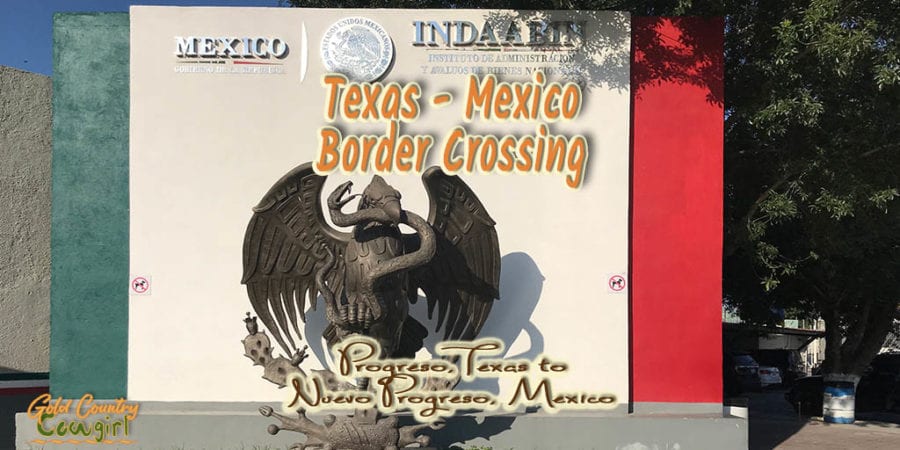 Because I had seen a few videos from YouTubers about crossing the border into Mexico , I had an inkling of what to expect. I easily found the parking lot ($2 for all day parking) and negotiated my way to a spot with a little shade — at least for a couple of hours. We gathered our things and headed to the walkway for the border crossing.

I had no idea that there was a pedestrian toll but Linda was ready and handed me four quarters that get fed into a machine. There was also an attendant there who took bills but I don’t know if the attendant is always there. Only a few other people were entering with us as it was still pretty early, just 8:30 am, but there was already a long line of cars headed in the other direction. 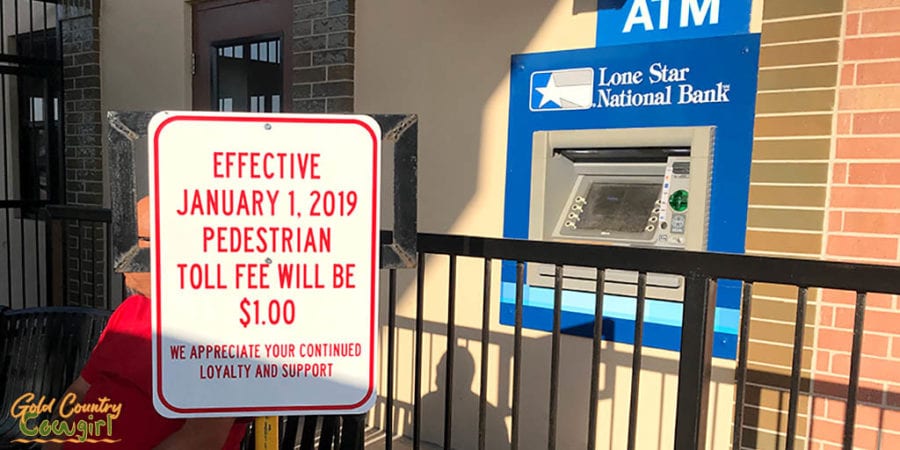 Pedestrian toll on US side of border crossing into Nuevo Progreso, Mexico 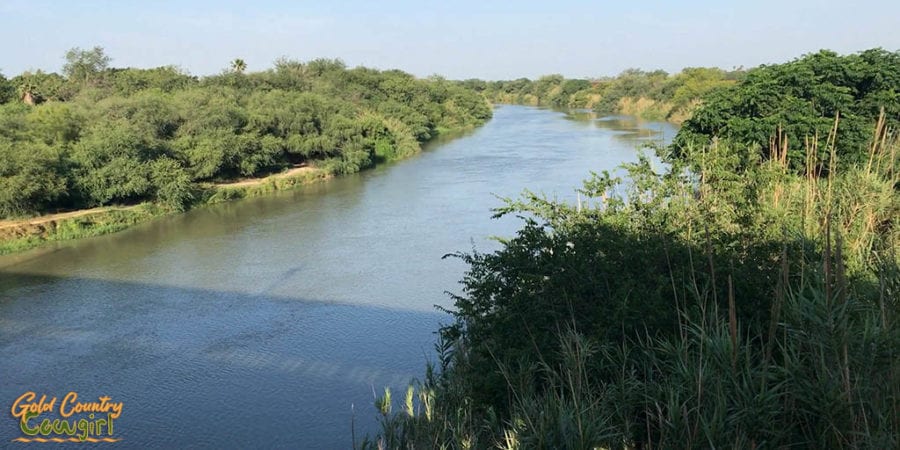 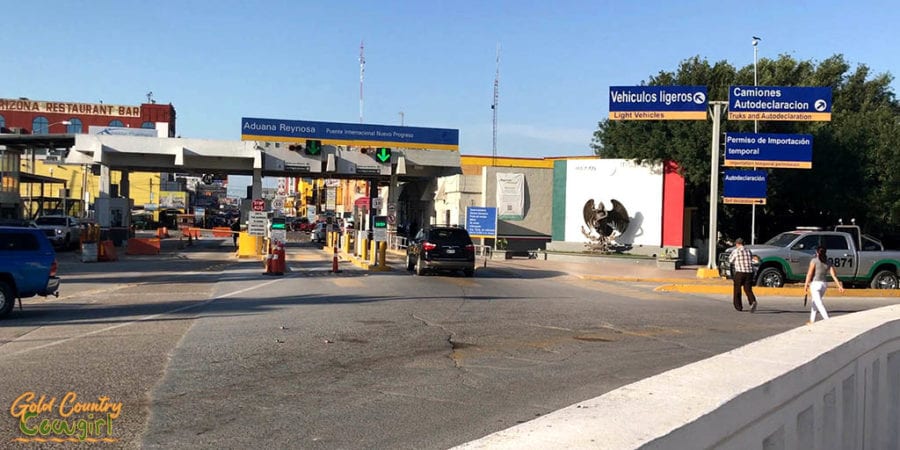 Mexican side of border crossing

Breakfast at Rene’s Restaurant and Bakery

We walked around the main street for a little while then went to Rene’s for breakfast. Linda said this is where she always has breakfast. The coffee was great and the food was good. We split a couple of small things so we would be sure to be hungry for lunch! I ordered machacado, trying to eat keto, but worried that it would be like the last time I had it at a small restaurant in Mercedes. Fortunately, it wasn’t! Linda ordered chips with cheese. We both had coffee and the total bill was $10. 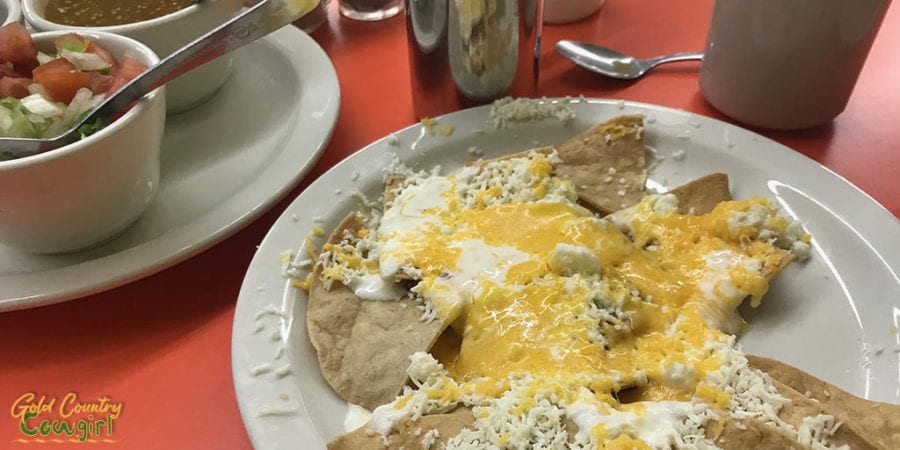 Chips with cheese at Rene’s Restaurant and Bakery

After breakfast, we headed to Estetica Coqueta for manicures and pedicures. Linda wanted to get there shortly after they opened because she said all the salons fill up and there can be a long wait.

It has been so long since I have had a manicure and pedicure. It was heaven! The woman working on me, Silvia, really took her time and I think I’ll have the softest feet in the county for days. 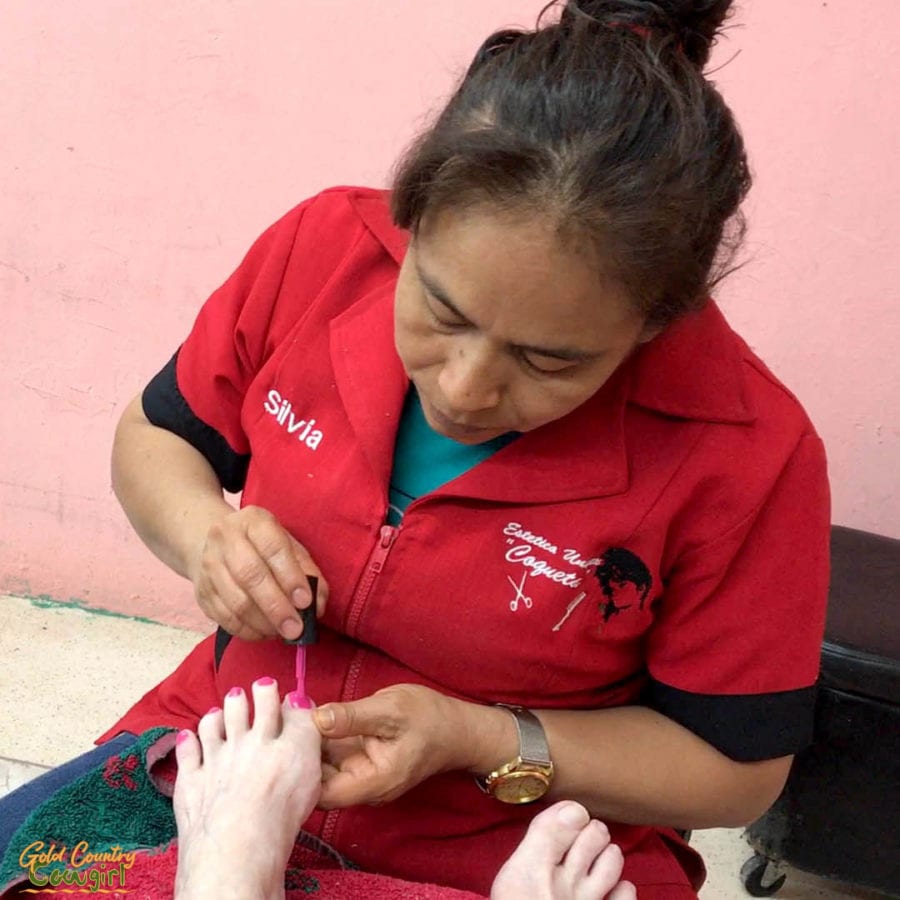 A stylist came in while we were getting our mani-pedis so I didn’t have to go anywhere else for my haircut. I did get a little concerned about it though. Even though Linda explained to her in Spanish what I wanted and I showed her a picture, she seemed very hesitant and unclear. Eventually, she seemed to understand and got to work. It was really a pretty simple cut and actually turned out kind of cute, if I do say so myself.

This relaxing, complete salon treatment cost only $28 for everything. It’s easy to see why so many Americans cross the border for services like this, dental and optical.

Pamper yourself with a relaxing manicure and pedicure when you visit the border town of Nuevo Progreso, Mexico. Click To Tweet

The Streets of Nuevo Progreso Mexico

After a couple of hours of pampering, we set out to see the sights and do a little shopping. When you visit a border town, don’t expect a tourist experience with history and beautiful scenery. Most people come here for the cheap healthcare and pharmaceuticals. Just like videos I’ve seen of other border towns, most of the stores in Nuevo Progreso Mexico are pharmacies. The rest are dentist offices and optical establishments. The pharmacies ranged from small shops with a single counter to very large stores similar to a drugstore (CVS or Walgreens) in the States with a little bit of everything.

When Linda wanted to go on a Sunday, I asked her if she was sure things would be open. She assured me they would be and oh boy, were they. The only things closed were a few of the dental offices.

Every storefront had a person outside beckoning passersby inside and street peddlers could be aggressive. I think I was spared a lot of this because I was with my Hispanic friend. They rarely approached us and if they did, it took only a word or two from her for them to back off.

In addition to all the stores, vendors lined the sidewalks, selling almost anything you can imagine: food, clothes, shoes, hats, leather goods, jewelry, pottery, etc. Walking along the main street is almost like being in the middle of a party. There is music blaring, food cooking on the sidewalk, bartenders serving up libations and bright colors everywhere. 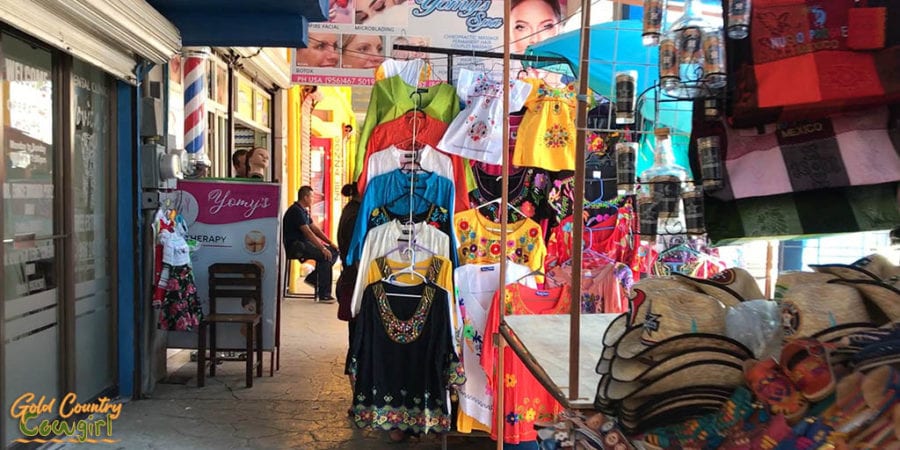 One of the things I’ve always liked about Mexico is that it is not as regulated as the States. Eating and drinking establishments may not be as sanitary as in the US but that makes some of them more fun to me, like restaurants right on the beach and bars on the sidewalk. 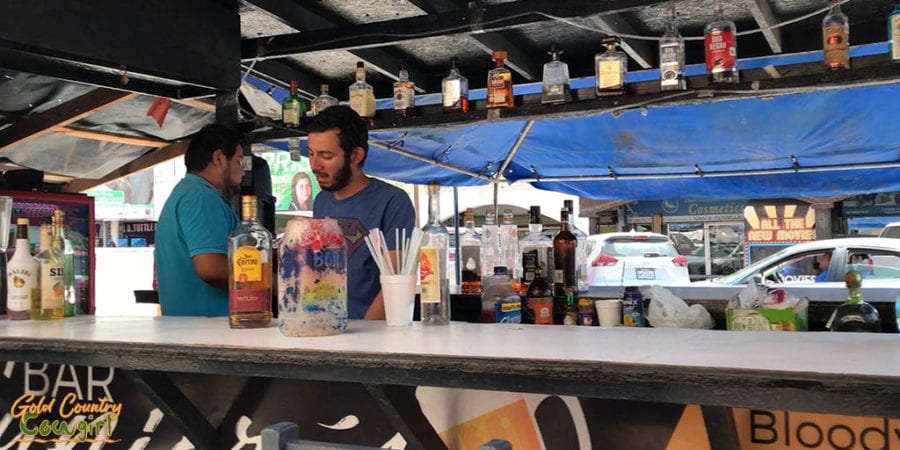 An open air bar on the sidewalk in Nuevo Progreso

Linda was in search of a perfume she likes and I found some potentially amazing chocolate. If you eat keto, you know one of the things you can have a small amount of is dark chocolate with a high percent of cocoa. This chocolate I found has NO sugar in it! It is sweetened with maltitol, which is considered a safe alternative to sugar, and it is delicious! I like it better than most of the chocolates I’ve tried so far. The ingredients are in Spanish, of course, and I need to find out what a couple of the others are. Assuming they are not something terrible, I will definitely be stocking up on this chocolate when I go back to Mexico! It’s no less expensive than good chocolate in the States, $2.65 a bar, but so good.

After all that walking and shopping, we worked up a bit of an appetite. It was surprisingly uncrowded at the Red Snapper, which Linda recommended. Only a couple of tables were occupied. It was about 1:30 so I’m not sure if we were before or after the crowd. Even though there weren’t many people there, we had live music shortly after we arrived. 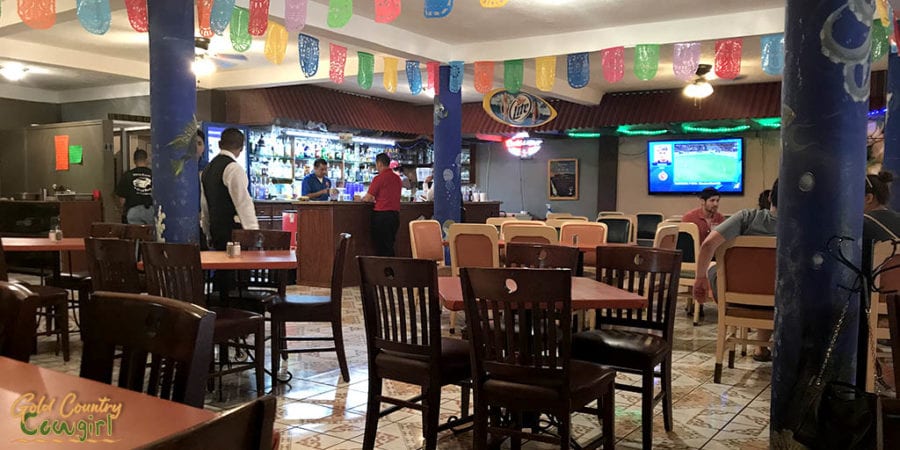 Inside the Red Snapper

We had talked about sharing something here again, maybe fish or shrimp, we hadn’t decided. We ordered drinks: me a mango margarita ($3) and Linda lemonade. They brought chips and salsa and I couldn’t resist just a couple. After all, I needed to taste the salsa. Something I have found unusual, or at least different than what I am used to, is that here the salsa comes warm. That has been the case at every Mexican restaurant I’ve been to in Texas. 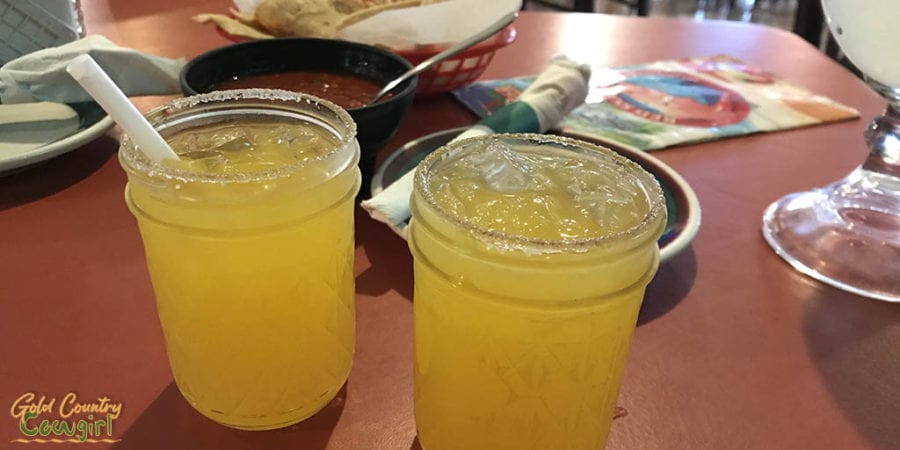 This is one mango margarita

We looked over the fairly extensive menu that included traditional Mexican dishes and lots of seafood. Linda was thinking fish and I was leaning towards shrimp. We were looking for something to compromise on when I saw they had frog legs ($9.95). I LOVE frog legs and asked Linda if she had ever had them. She said she hadn’t but was game to try them. I’m so glad we did because they were delicious. I told Linda that they alone would be worth coming back for once a month or so. They were so good that I got an order to go and brought it home to my dad. 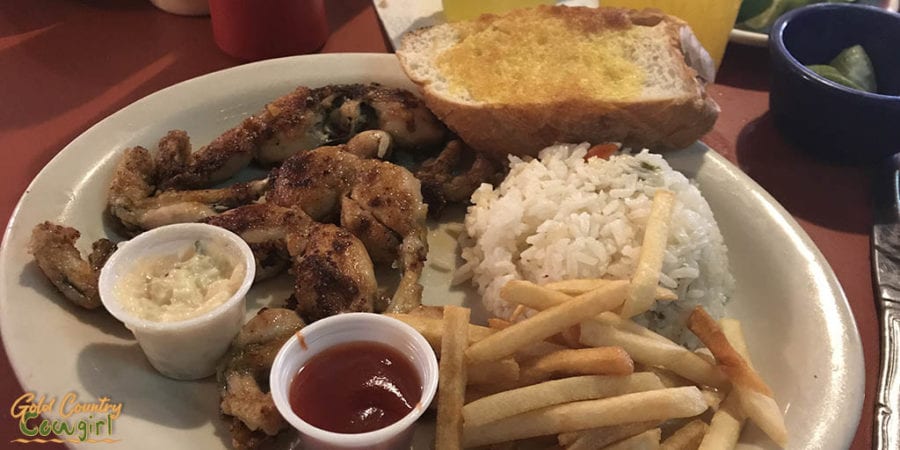 All the entrees came with salad, rice, bread and fries or baked potato

Linda wanted to show me more of the town so we did a little more walking after lunch and visited more shops. We passed by salons that were packed so I’m glad we got there early like she suggested. The sidewalks were getting crowded and the traffic was inching by on the street. I can’t imagine driving there or trying to find a place to park! 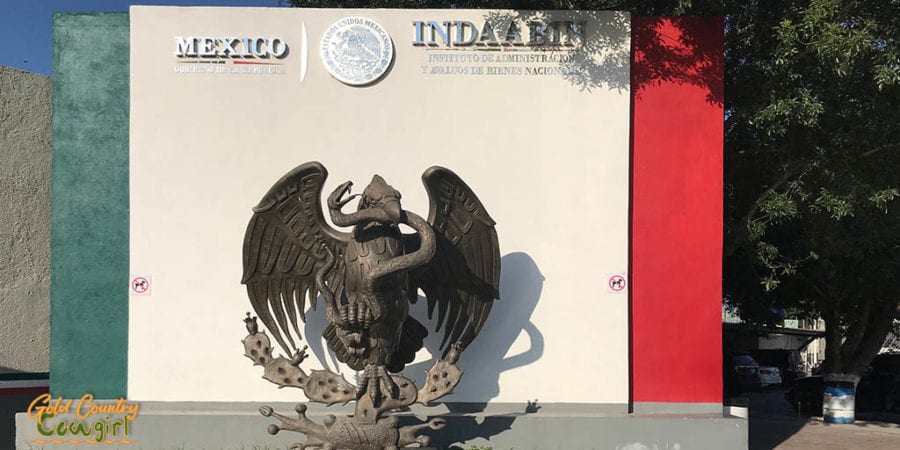 Crossing the Border Back into Texas

Finally, it was time to head home. The line to come back across the border wasn’t hugely long, maybe a couple of hundred people, but it still took some time. I didn’t time it but it was probably 30-40 minutes. Once I got to the CBP (US Customs and Border Protection) officer, it was very quick. He took a look at my documents and asked me what I was bringing back. 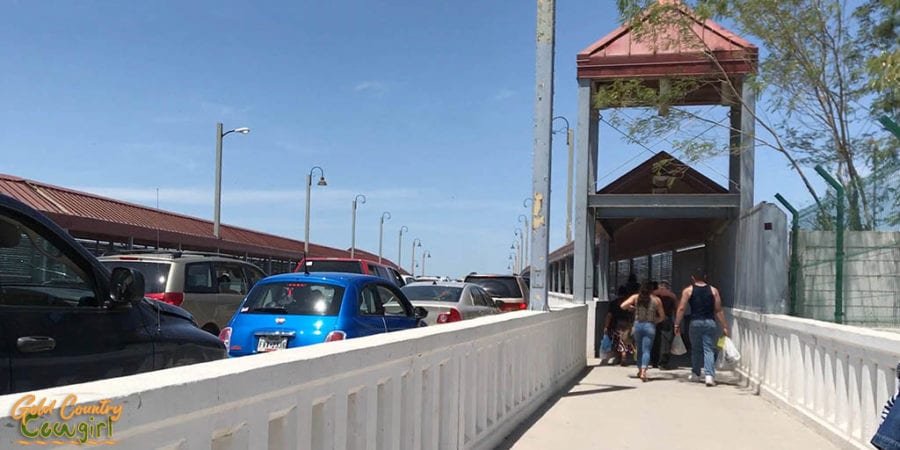 Once you are through the line and heading to the parking lot, you’ll pass by the customs office. If you plan to go to a Mexican border town from Texas to buy alcohol or cigarettes, just know that there is a hefty tax on them when you bring them back across the border, especially cigarettes.

A passport for an American citizen is not required to go to Mexico but it will speed up your return. There is a separate line for folks with certain types of ID and passports. If you don’t have a passport (I have two – both expired), you just need a photo ID and citizenship verification such as your birth certificate.

If you cross over the border often, a passport will save you time but is not required for a US citizen. Click To Tweet

Final Thoughts about Crossing the Border into Mexico from Progreso

You might be wondering if I felt safe. The answer is yes, I felt completely safe even though I never saw a police officer or military personnel. I think I owe that partly to my companion. If I had been there with another Anglo, we would probably have had more issues with the hawkers and I would not want to go alone or at night.

There were a lot of people “camped out” along the bridge walkway heading into the US. I assume this had to do with the immigration situation. They were mostly young men, all fairly nicely dressed, on their cell phones or tablets.

If you plan to cross the border very often, get a passport. Coming back, that line is definitely shorter and faster. 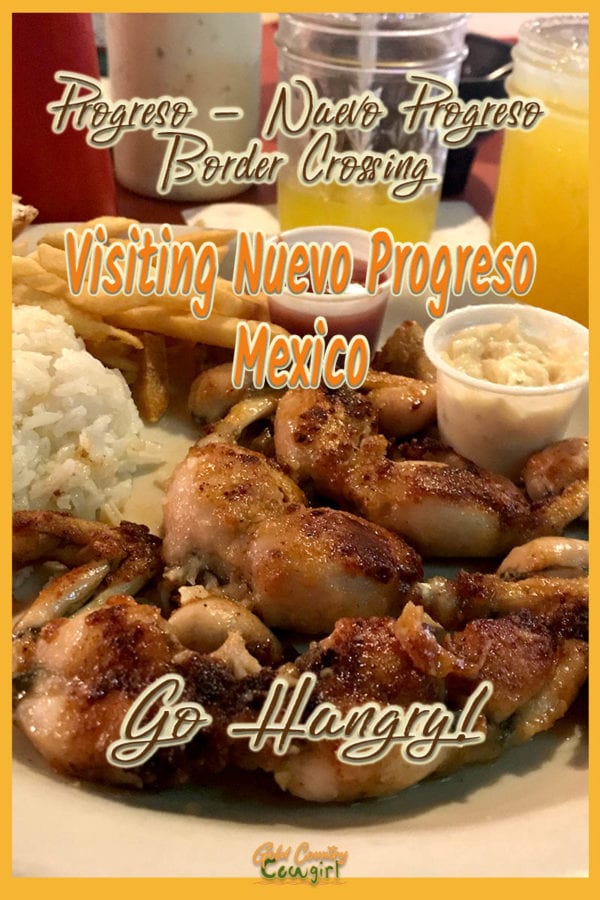 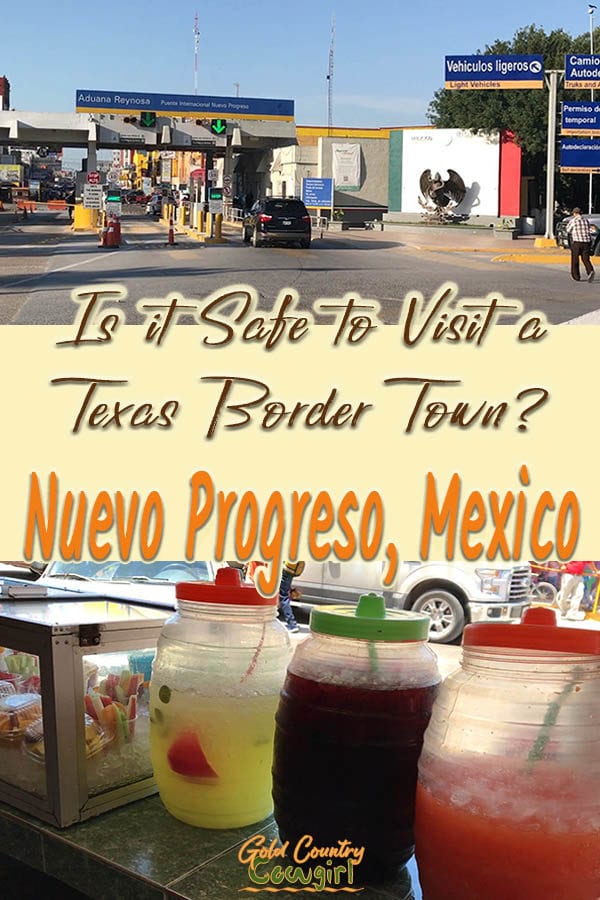 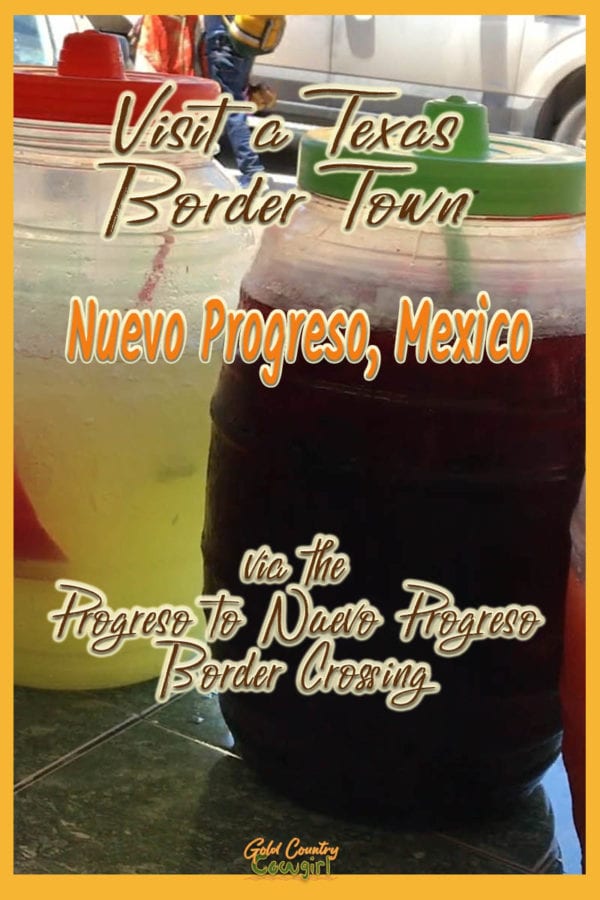 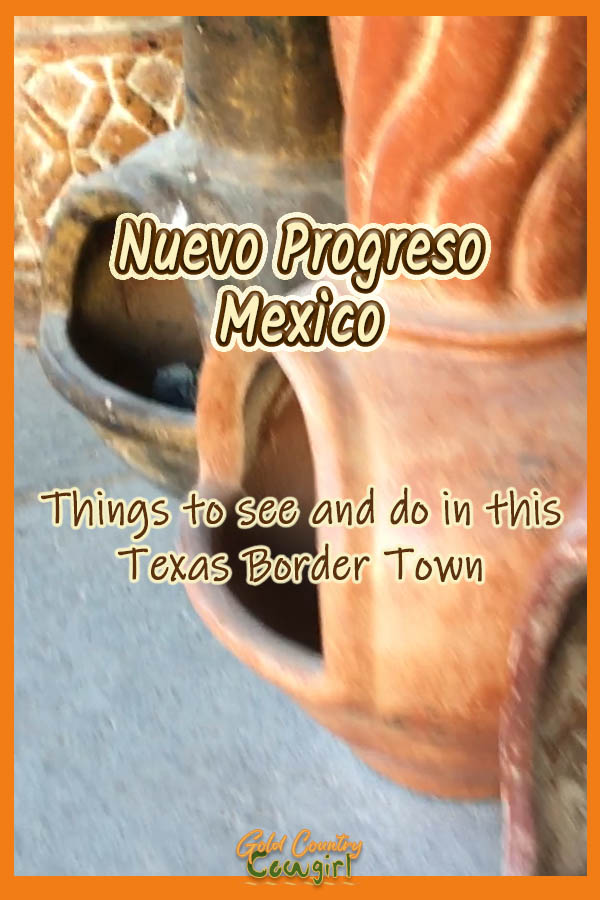 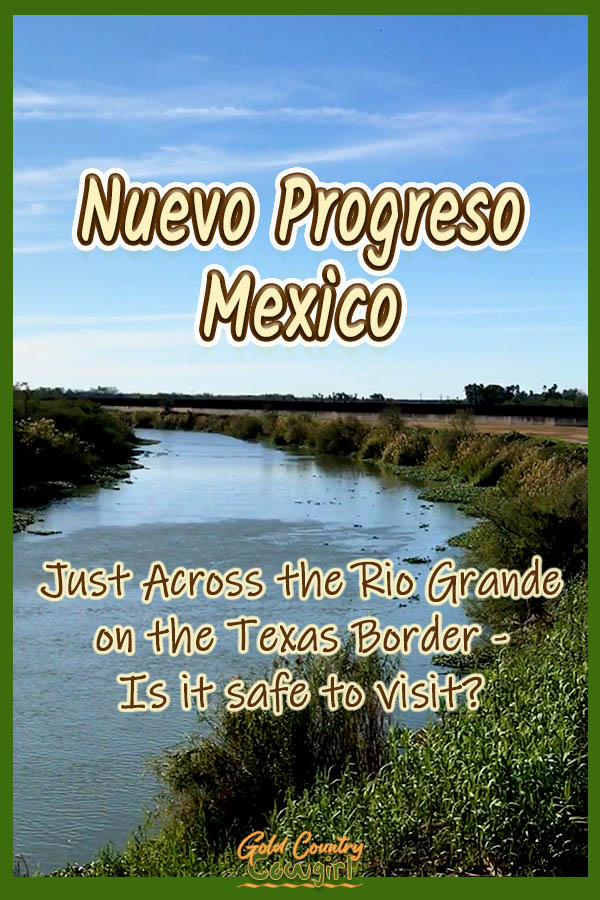 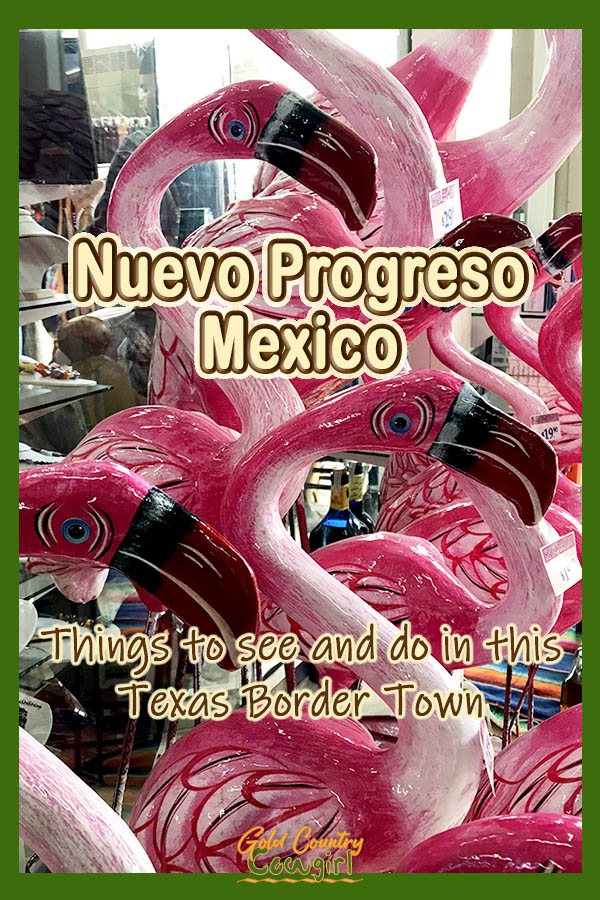