Home Travel California Gold Country: What and Where Is It?

Gold Country: What and Where Is It?

Northern California’s Gold Country, also known as the Mother Lode, encompasses ten counties that lie along the western slope of the Sierra Nevada mountains, reaching down to the Sacramento Valley. Its name comes from the famous, or infamous, California Gold Rush of 1849 that occurred here. 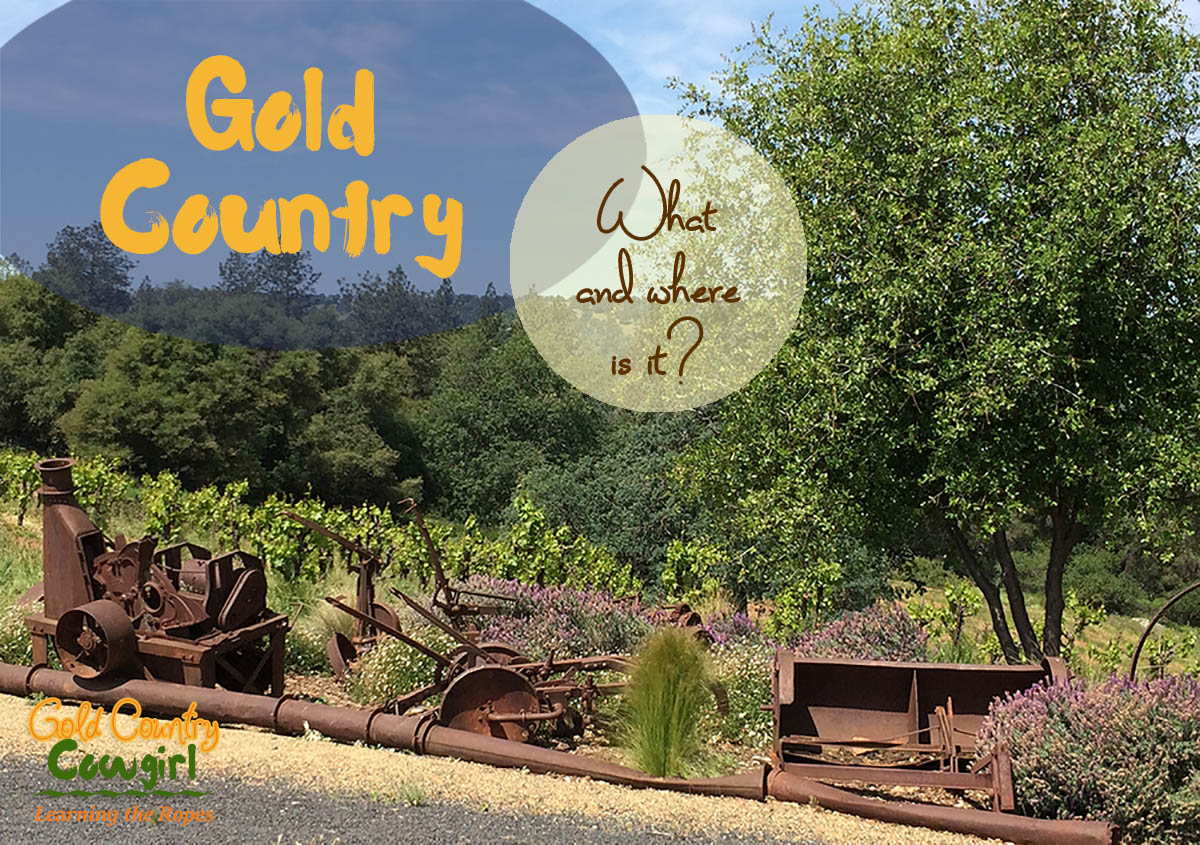 The beauty and scenic variety of this area never ceases to amaze me, with its rivers and waterfalls, dense pine and cedar forests, rolling green hillsides dotted with cows and horses, sweeping vineyards, natural caverns and so much more. And, oh the history! I’m finding that the more I learn about the history of the area, the more I want to know. 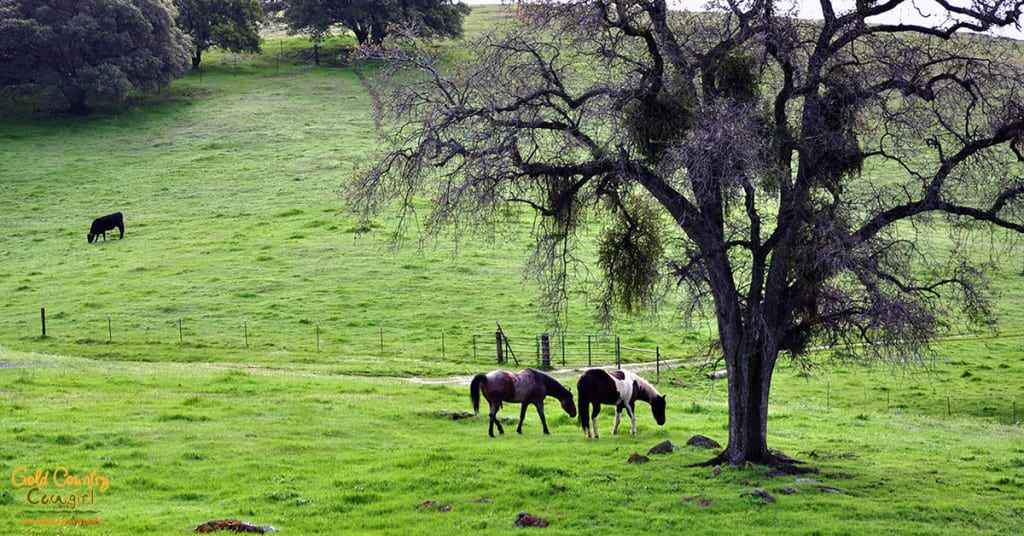 The history of California and its Gold Country is fascinating and is the stuff movies are made of, like Zorro, The Gold Rush, Paint Your Wagon, The Cowboys, and How the West Was Won.

Prior to the discovery of gold in 1848, California, part of the Alta California Territory, had been under the control of first Spain and then Mexico. Most settlements were further south or along the coast, with the gold country area inhabited mostly by indigenous peoples. In the couple of decades prior to independence from Mexico, American and European immigrants began settling the area, mostly in the Sacramento Valley, where they became farmers and fur-trappers. During the Mexican-American War, with help from the United States military, American settlers were able to defeat the Mexican army. The Treaty of Guadalupe Hidalgo was signed on February 2, 1848, ending the war, and California was ceded to the United States. A state government was set up in 1849 and ran the state for 10 months until it was officially admitted as a state, expedited by the discovery of gold, on September 9, 1850. 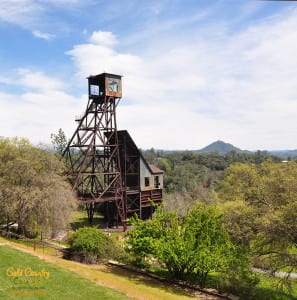 The 135-foot high head frame of the Kennedy Mine in Jackson, CA, stands over the deepest mine shaft in North America

On January 24, 1848, less than two weeks before the signing of the Treaty of Guadalupe Hidalgo, gold was discovered in Coloma, California by James Marshall, a carpenter who was building a lumber mill on the American River for John Sutter. Sutter wanted to keep the discovery quiet. He feared that his hope for an agricultural empire would be ruined. Sadly, he was right. When the word got out, his workers left to search for gold and squatters took over his land.

The rush of forty-niners began shortly after President Polk confirmed to Congress on December 5, 1848, that gold had indeed been discovered in California. Over the next few years, as the news spread around the world, more than 300,000 immigrants invaded the gold country to seek their fortunes. Only a few got rich, many left broke or died. It was a dangerous, violent time.

As early as 1850, the easily accessible gold was gone and other techniques began being used, including hydraulic mining. Many independent, pick and shovel miners became wage laborers for the mines. By 1855, the rush was over but it had stimulated economies around the world and forever changed California.

By 1855, the rush was over but it had stimulated economies around the world and forever changed California. #goldrush #Califoria Click To Tweet

Many of the hundreds of mining towns and camps established by the forty-niners still exist today. Original buildings are still standing and even in use, giving us an amazing, first-hand look into the era. 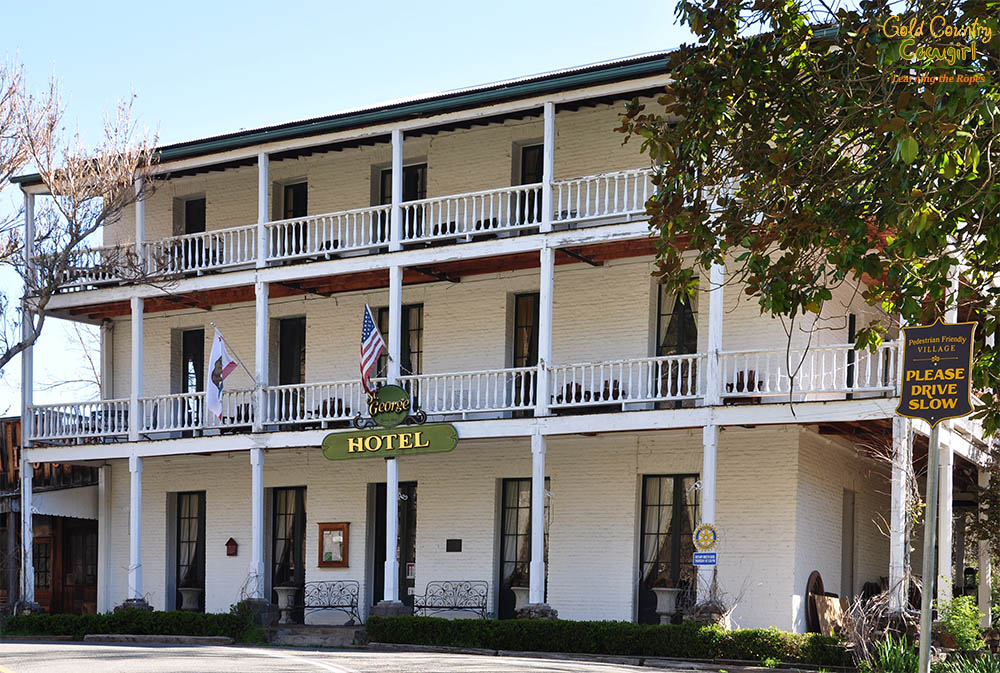 Old meets new here as well. We have great restaurants, casinos, ski resorts, wineries, museums, theaters and more. The area has so much to offer and it’s right in my back yard! I can’t wait to explore it. I hope you’ll join me on my journey of discovery! 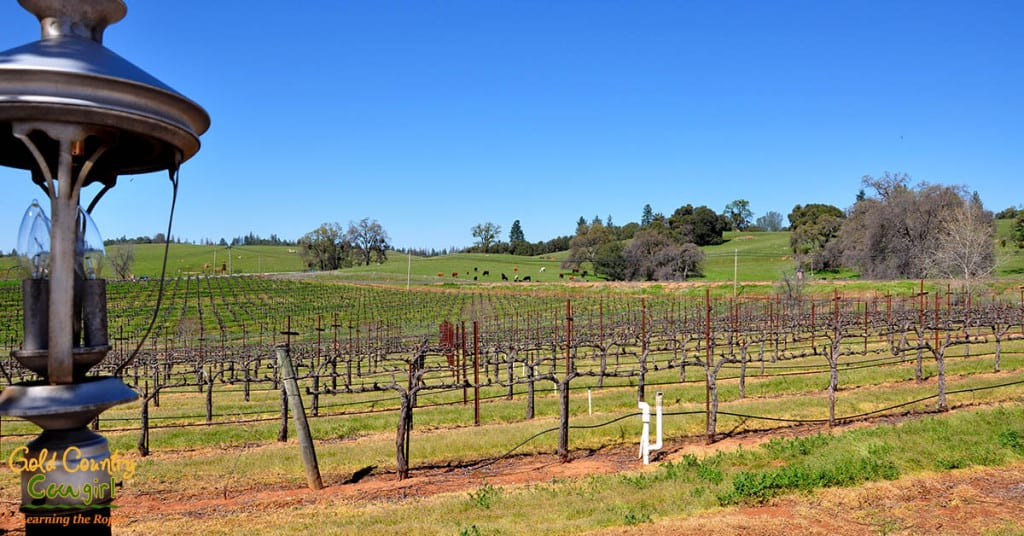 This will be a very different sight in a few weeks when the vines put on their leaves. 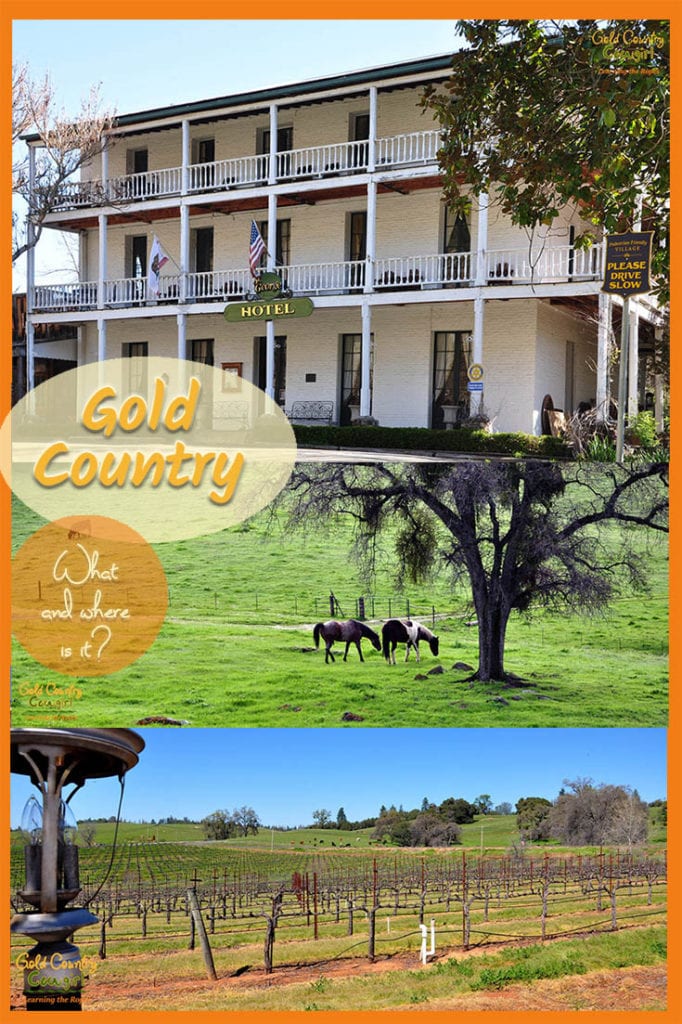 More Reading About the Gold Rush