Home Lifestyle Survive the Storm — Be Prepared for a Natural Disaster

Survive the Storm — Be Prepared for a Natural Disaster

When I lived in southern California, I lived with the possibility of an earthquake. When I moved to northern California, wildfires were a real threat. In fact, before I had lived there for a year, we had to evacuate ahead of the Butte fire, one of the largest wildfires ever in California up to that time. Now that I am living in southern Texas, the danger comes from hurricanes. Other natural disasters that effect the US are flooding, thunderstorms, tornadoes and even volcanoes. No matter where you live, you are not totally safe from a cranky mother nature so it is important to be prepared for a natural disaster.

No matter where you live, you are not totally safe from a cranky mother nature so it is important to be prepared for a #naturaldisaster. #disasterpreparedness Click To Tweet 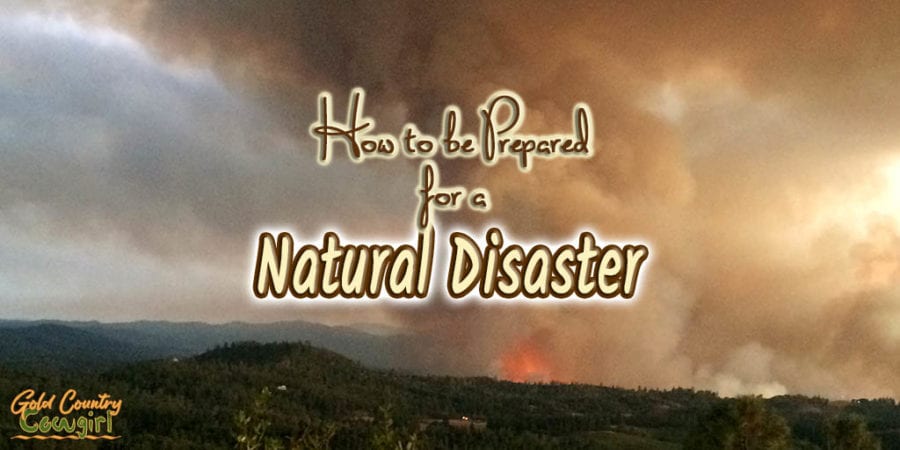 A couple of weeks ago, we had a severe thunderstorm during the night. We woke up surrounded by about two feet of water from the 14 or so inches of rain that pelted down in just a few hours. In addition to all the water, our power was out. Fortunately, we were trapped for only a couple of days and our power was out for just 12 hours. Rescuers came into our neighborhood with boats the first day and evacuated some residents who were under even more water than we were. Many homes in the area had significant damage and owners are still working on repairs. Meteorologists predicted the severe thunderstorm but no one expected the amount of flooding that occurred. The point is, you just never know when you are going to go to sleep at night and wake up surrounded by a lake. 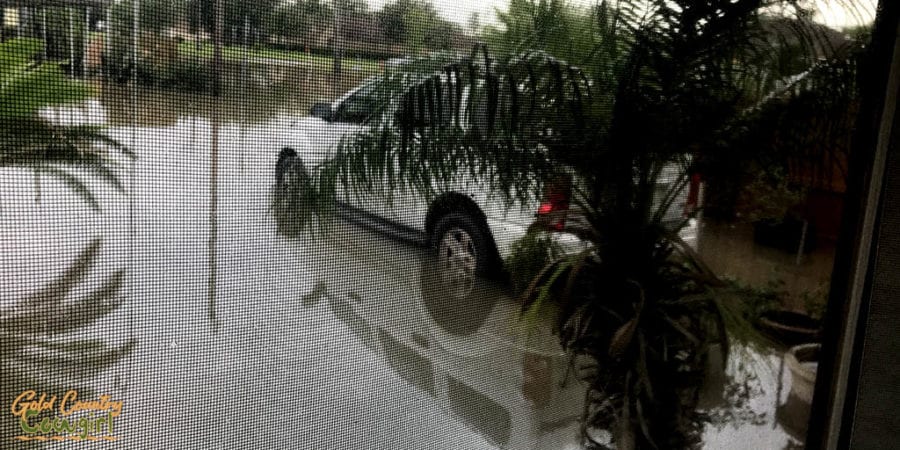 Day two after the water had receded a few inches

Being prepared for a natural disaster or other emergency may not save your property but it could save your life. It may also help make recovery a little bit easier.

Being prepared for a natural disaster or other emergency may not save your property but it could save your life. #beprepared #naturaldisaster Click To Tweet

Before the Storm — How to Prepare 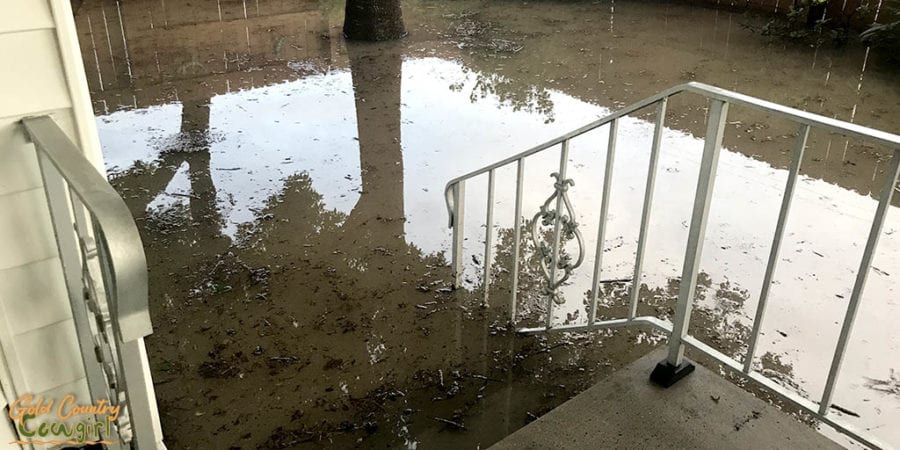 Surviving During a Natural Disaster

Staying Safe After a Natural Disaster 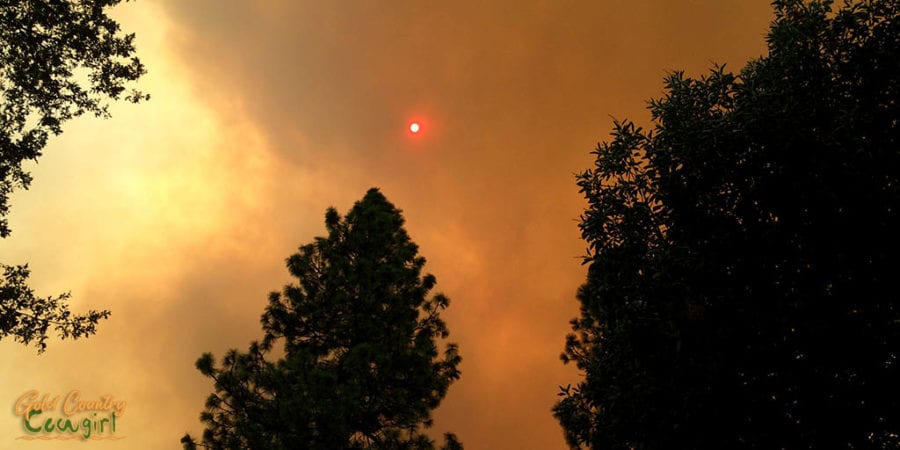 The hurricane season officially started here the beginning of June but, so far, there have been no major storms brewing in the Gulf or western Atlantic. The official season is from June 1st through November 30th with the majority of storms coming from mid-August through late October. The very southern tip of Texas, where I live, has rarely been hit by a hurricane (the last significant one was Hurricane Dolly in 2008). However, that doesn’t mean we aren’t prepared!

One of the things I am doing to be prepared for a natural disaster is to make sure my trailer is ready to hook up on a moments notice. It has been sitting for a while so I need to make sure everything is working properly. I have my checklist of all the systems to go over in the next week or so. Many of our emergency supplies will be stored in the trailer so we won’t have a lot to load up at the last minute.

There is only one major highway and a couple of smaller roads for evacuation from this area. Therefore, we would not hesitate to get on the road right away if it looked like evacuation was eminent to avoid traffic. Where and how far we go would depend on the predicted path and strength of the storm but we will have several options in our plan. 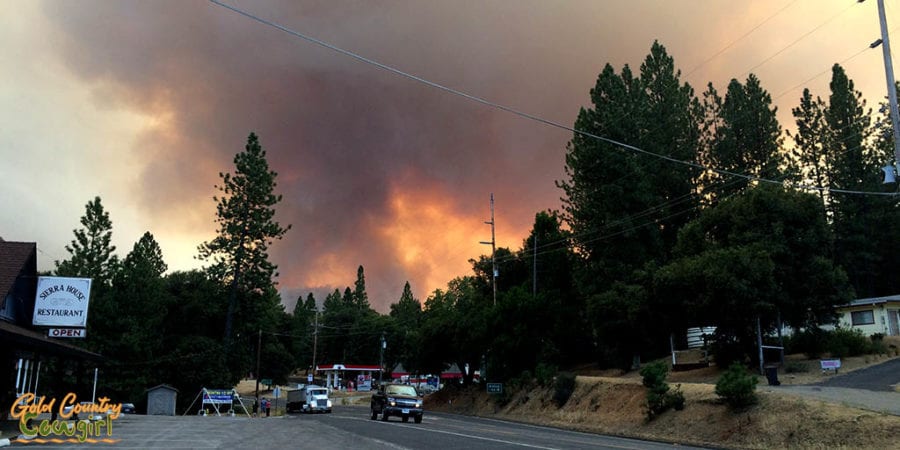 Life would have been a lot easier if I had my trailer when we had to evacuate for the Butte fire in 2015. It wasn’t easy to find a place to stay with three cats. They ended up living in the car for a few days while I stayed with friends.

Do You Have a Plan?

The US has seen plenty of inclement weather and other natural disasters this year. I hope you weren’t effected by any of them but that if you were, you had an awesome plan in place.

Do you have a disaster preparedness plan? Have you been through a natural disaster? Tell us in the comments below and add any additional tips you have to help others.

More Info: Plan Ahead for Disasters 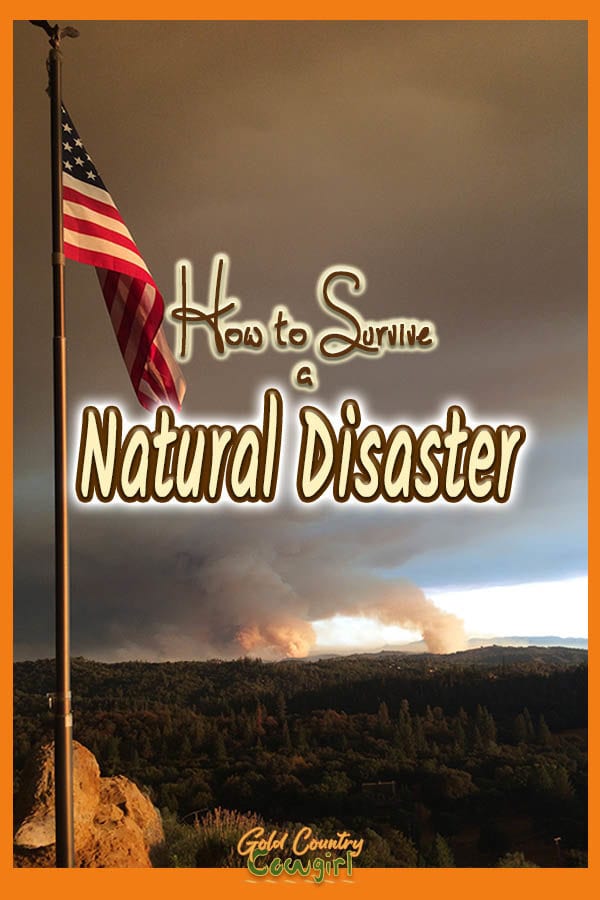 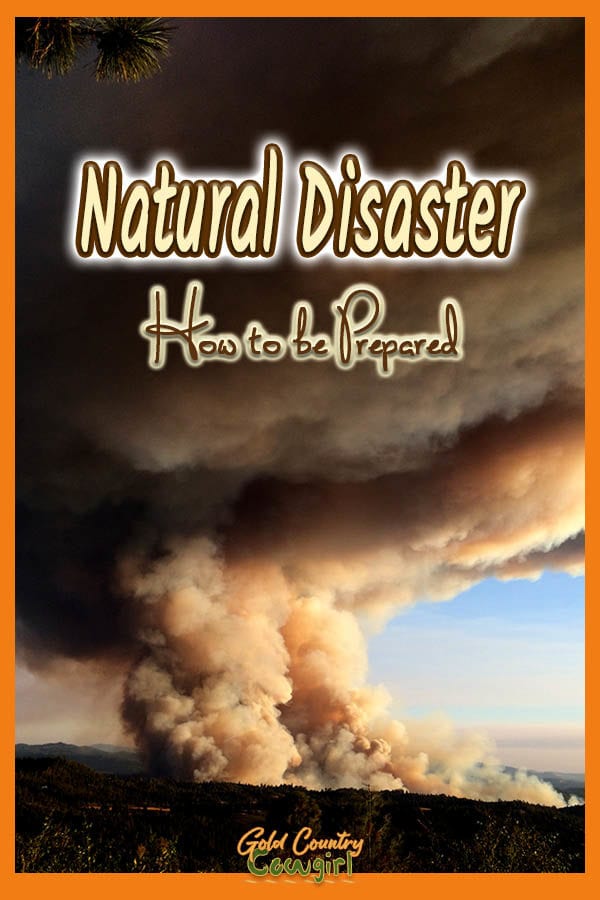