You may have read elsewhere on the blog that I’ve been working on a post about old vine Zinfandel for some time. When I saw an opportunity to visit the oldest documented Zinfandel vineyard in the Americas, planted in the 1860s, I knew I had to go. The 3-day OGP Zinfandel Weekend event included an optional tour of the Original Grandpère Vineyard on Saturday and Sunday. I joined the tour on Saturday which was led by Rusty Folena, winemaker at Vino Noceto. 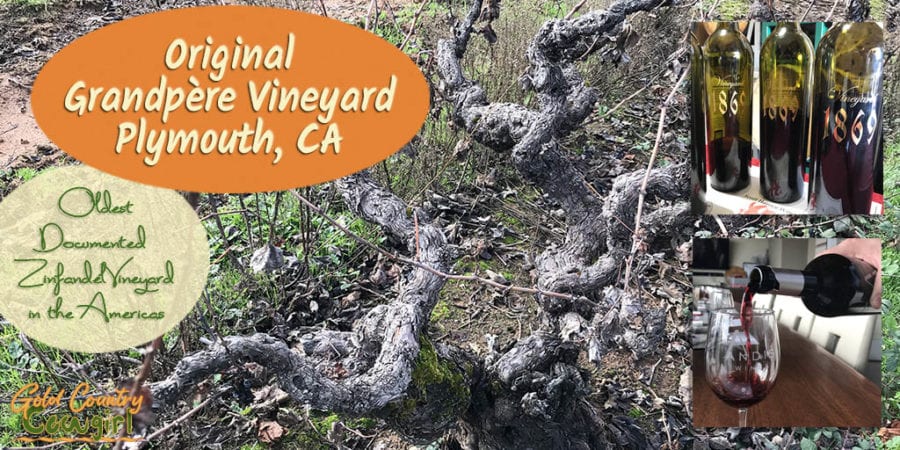 Only four wineries are privileged to produce wine from grapes grown in the Original Grandpère Vineyard (OGP), also called Vineyard 1869. The OGP Weekend is put on by the three wineries located in the Shenandoah Valley: Andis Wines, Scott Harvey Wines and Vino Noceto. The fourth winery is Macchia, located in Lodi in San Joaquin County in the Central Valley. That may sound like it is far away but it is less than an hour’s drive from the Shenandoah Valley. Rebecca, from Vino Noceto, told me Macchia may be included in next year’s event. 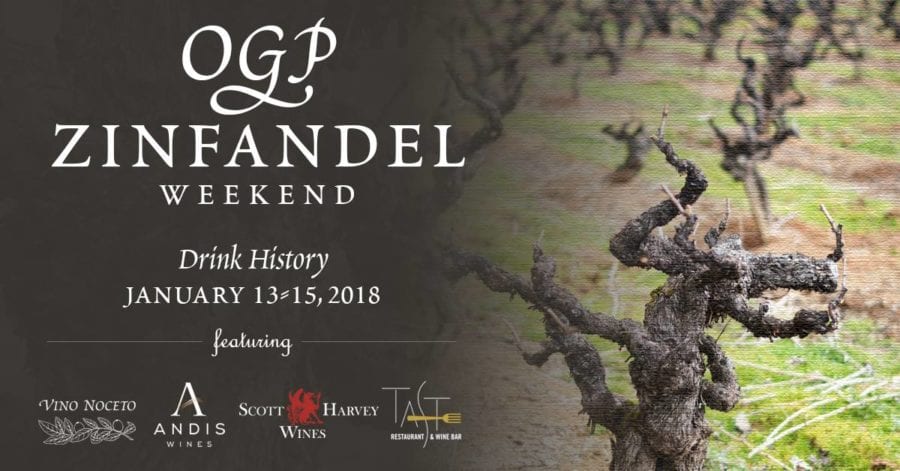 Only four wineries are privileged to produce wines from the Original Grandpère Vineyard (OGP). Click To Tweet I didn’t know what to expect from the tour. I mean, how long can a walk around old grapevines last? But the tour was fascinating. We were there for over an hour while Rusty told us about the vineyard and it’s history.

The vineyard was able to be dated because it was used as a survey landmark in 1869 by the US Geological Survey (USGS). Since that time, a letter was discovered from the Upton family, who planted the vineyard, confirming that it was actually planted in 1866. One of the main reasons it still exists is because it is, or at least was, fairly isolated. It sits on a knoll in rather sandy soil and things drain away from it.

About wine from the vineyard, Rusty says, “It’s what I like to call what Amador County Zin should be. It’s not a huge, monster over the top Zin. It tends to have some real nice black pepper and raspberry notes.” Vino Noceto has been making old vine Zinfandel from this vineyard since 2002. Zinfandel is typically dry farmed and head trained. Vines were originally head trained (not grown on a trellis) because it was inexpensive and easy to manage. Wire was very expensive or hard to come by and head training only required a stake. The method is still used today because the growers believe it is the best way to produce a low to moderate quantity of high quality grapes. 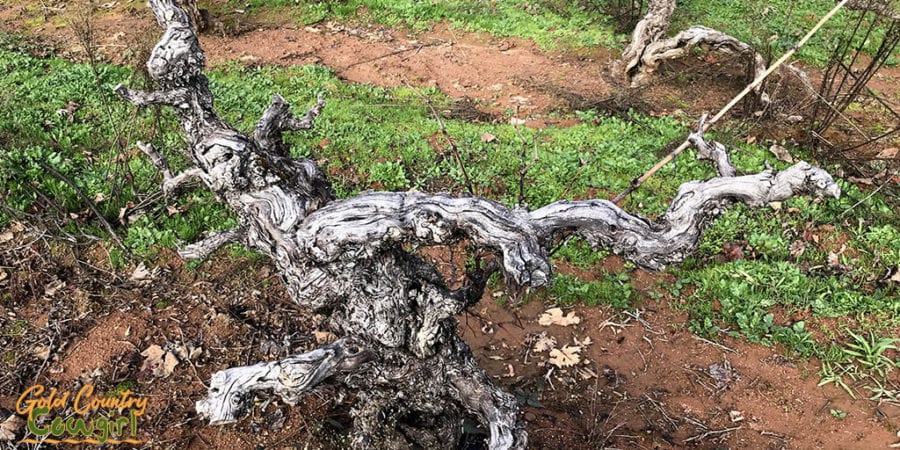 During the tour, we got to taste an OGP Vineyard library wine from each of the wineries. This is the 2005 from Vino Noceto. Since I moved to this area, I have definitely become a Zin girl. I loved having the opportunity to taste some library wines to compare how Zinfandel goes from very fruit forward to more complex and savory as it ages. Oh, if only I had a more sophisticated palate! 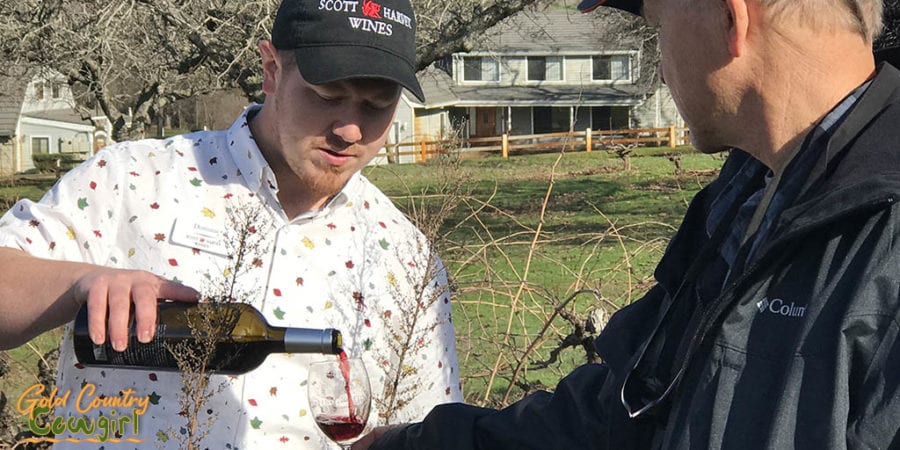 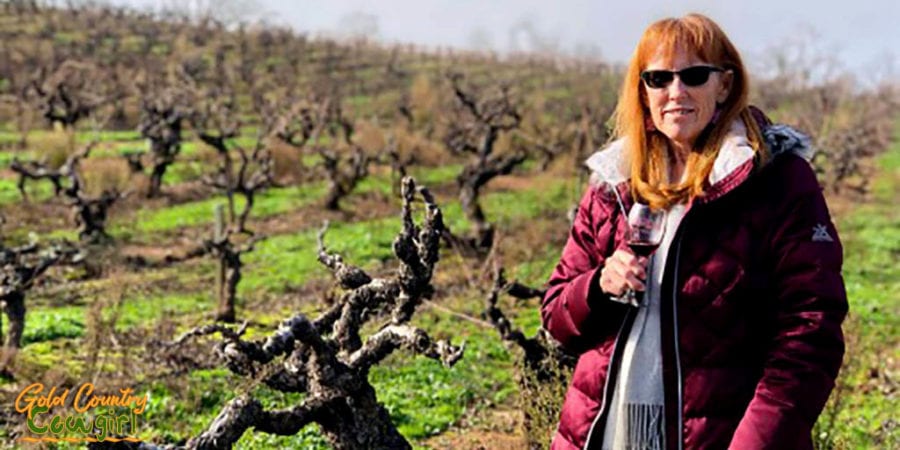 It was time for the vines to be pruned and Rusty gave us a demonstration. 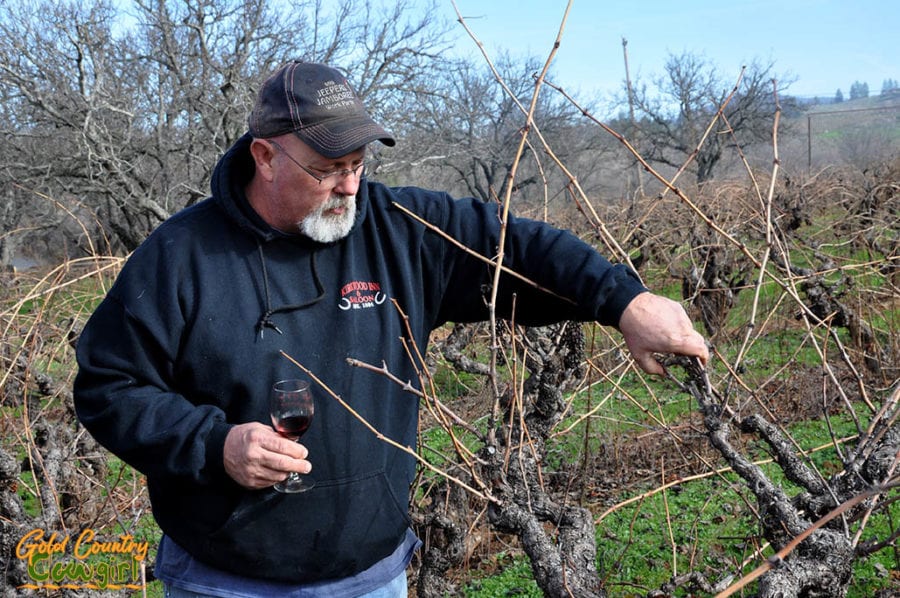 After the tour, we were free to go on our own to the three host wineries. The passport was valid for the entire three day weekend so you could visit however you wanted: one winery each day, two and one, or all three in one day which is what I opted to do.

My first stop was Vino Noceto where they served three flavors of freshly grilled sausages to pair with more old vine Zinfalndel. 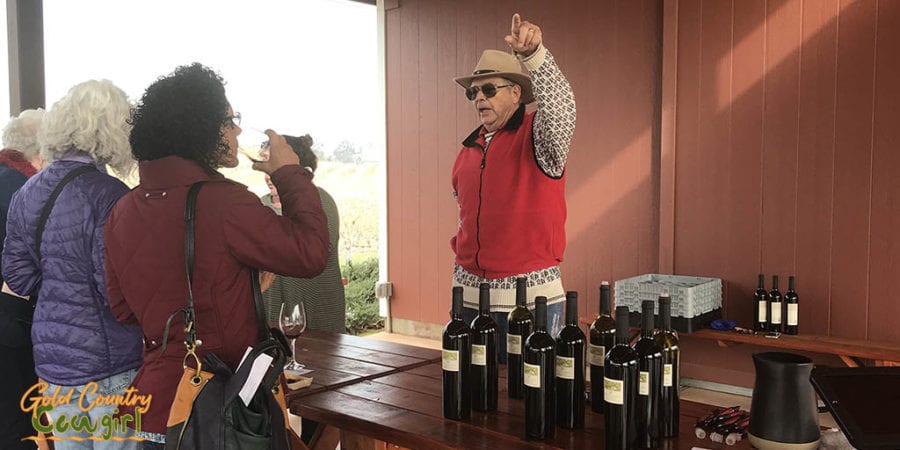 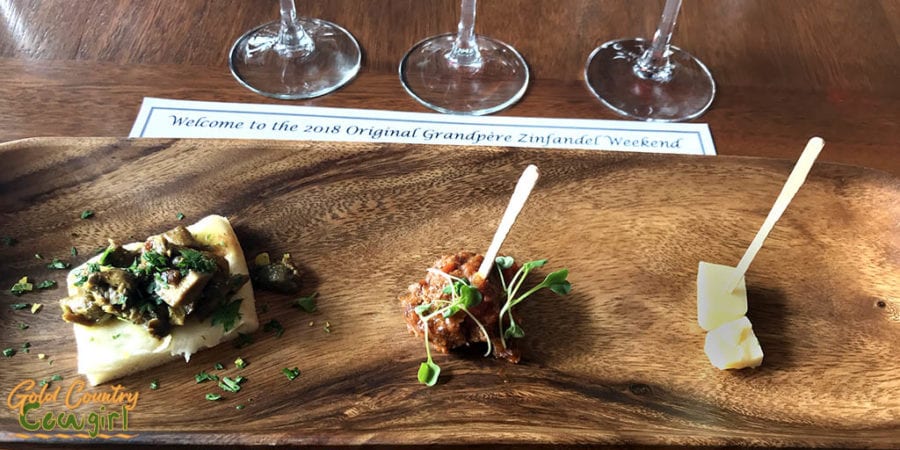 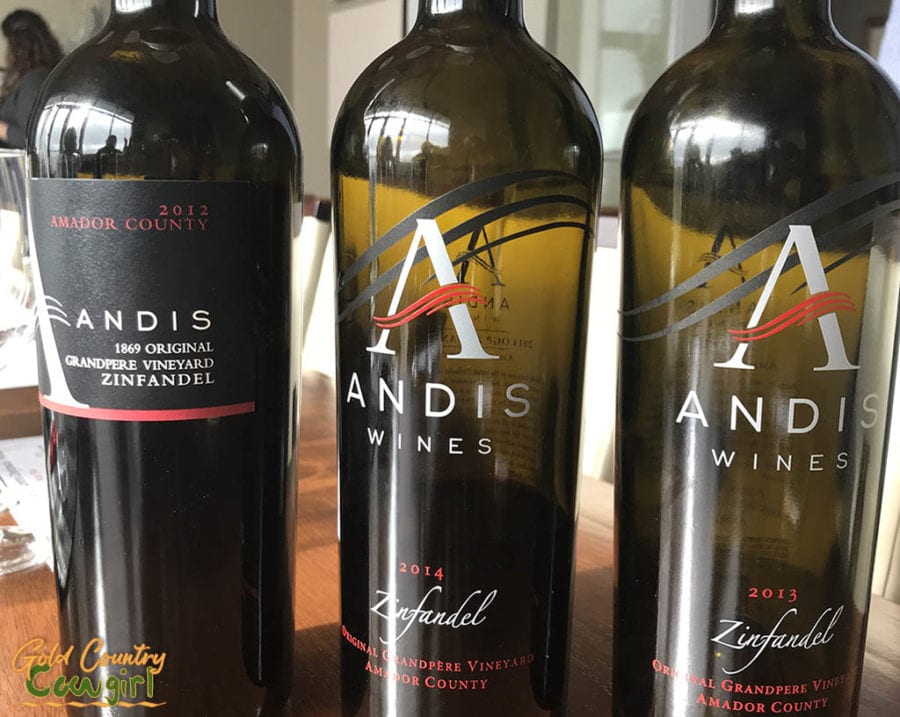 At Scott Harvey, they paired tomato, basil and mozzarella skewers; lamb and mint meatballs; and cheddar biscuit sliders with mushrooms and Gouda cheese with their Vineyard 1869 old vine Zinfandel. 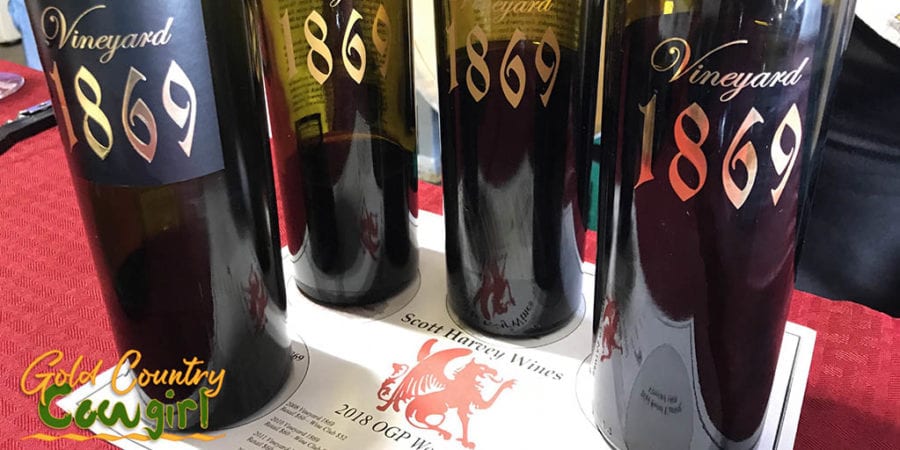 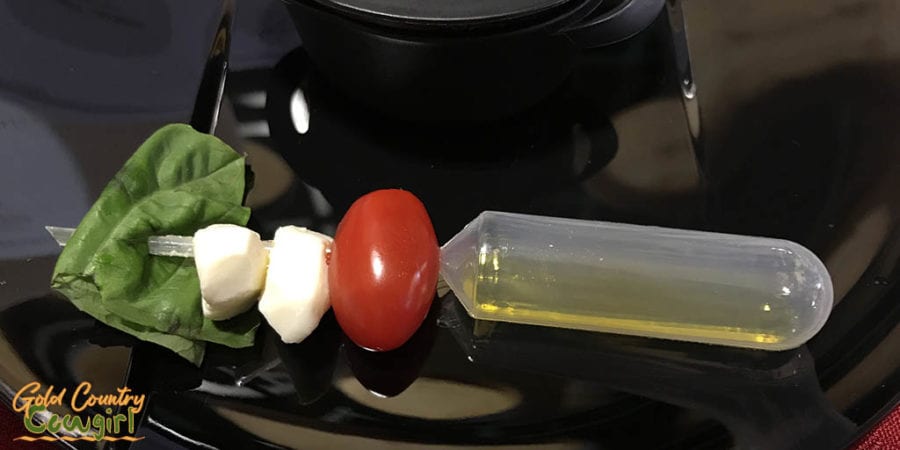 This was a really fun, educational, entertaining and tasty event. If you missed it, I recommend it for next year. Join the wineries that produce wine from these venerable old vines and “drink history.”

Visit the wineries that produce wine from these venerable old vines and drink history. @vinonoceto @scottharveywine @andiswines Click To Tweet

Click on the video to learn more and see more photos.