Home Lifestyle Baking in an RV Oven — Do you do it?

Why There’s no Baking in my RV Oven

I have now been on two 6-week RV trips and not once during either trip did I fire up my RV oven for baking. Since I eat low carb, I don’t bake things like bread, cookies or cakes, but I do like to use my oven to finish off meat I’ve seared on the stove top. Also, I like to use the broiler once in a while for things like frittatas. So, what did I do on those trips? Well, I have a grill pan I used for things like steak if I didn’t cook outside on the barbecue and I just had to forego frittatas. 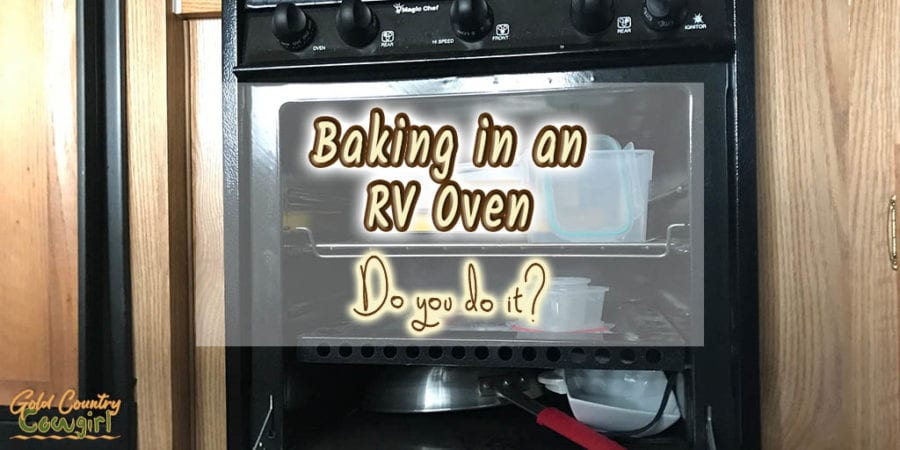 Are you wondering why I didn’t bake in my RV oven? First, I am not very trusting of fire, especially when it is enclosed in a little box and I can’t see the flame. Second, during hot weather, it can make the inside of the RV unbearable. Third, it ended up being storage for some pans and dishes. I think the third thing is pretty common in an RV. To be perfectly honest, the oven in my house looks pretty much the same!

I wondered if there was something I could purchase that would replace baking in my RV oven. Something that wouldn’t take up too much space. A toaster oven was the obvious answer but they are pretty limited in what they can do and I didn’t know how accurate the temperature would be. Plus, it would take up a lot of room on my counter or in a cabinet.

Will the Air Fryer 360 be the Solution?

When I happened to catch an infomercial for the Emeril Lagasse Power Air Fryer 360, I was intrigued. Even though it is larger than whatever this mystery appliance is that I was hoping to buy, I decided to give it a try.

I was pretty skeptical at first. Could it really do everything they claimed? I figured I’d give it a good workout and put it through its paces. I didn’t expect to use it that often once I tested it out but it turns out I use it almost every day! Even though I haven’t tried all the functions yet, I’m surprised at and pleased with what it can do. 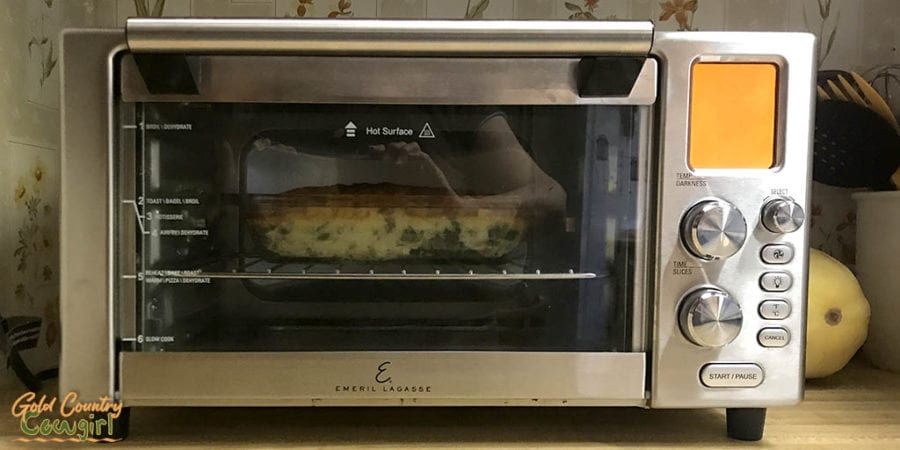 I can sear meat on top of the stove in my cast iron skillet and pop it right into the oven to finish. The meat comes out juicy and tender. FYI, you are supposed to be able to cook chops and steaks right in the oven but I can’t get away from that sear in a hot skillet. Roasted vegetables are just as tasty as out of the oven. Fish cooks perfectly without drying out. I bake burgers and meatballs rather than frying them on the stove top. Bacon is even easier than in the microwave. It does an amazing job reheating pizza (okay, no one is perfect). I haven’t gotten around to baking any keto desserts yet but I will be trying that. 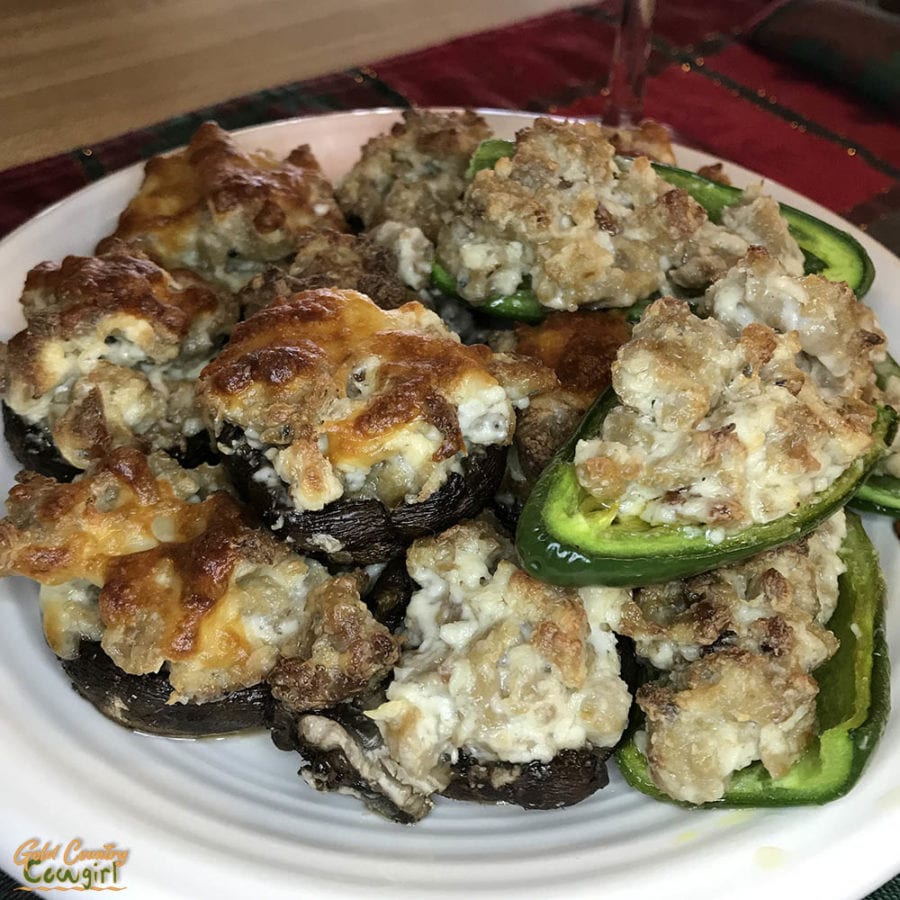 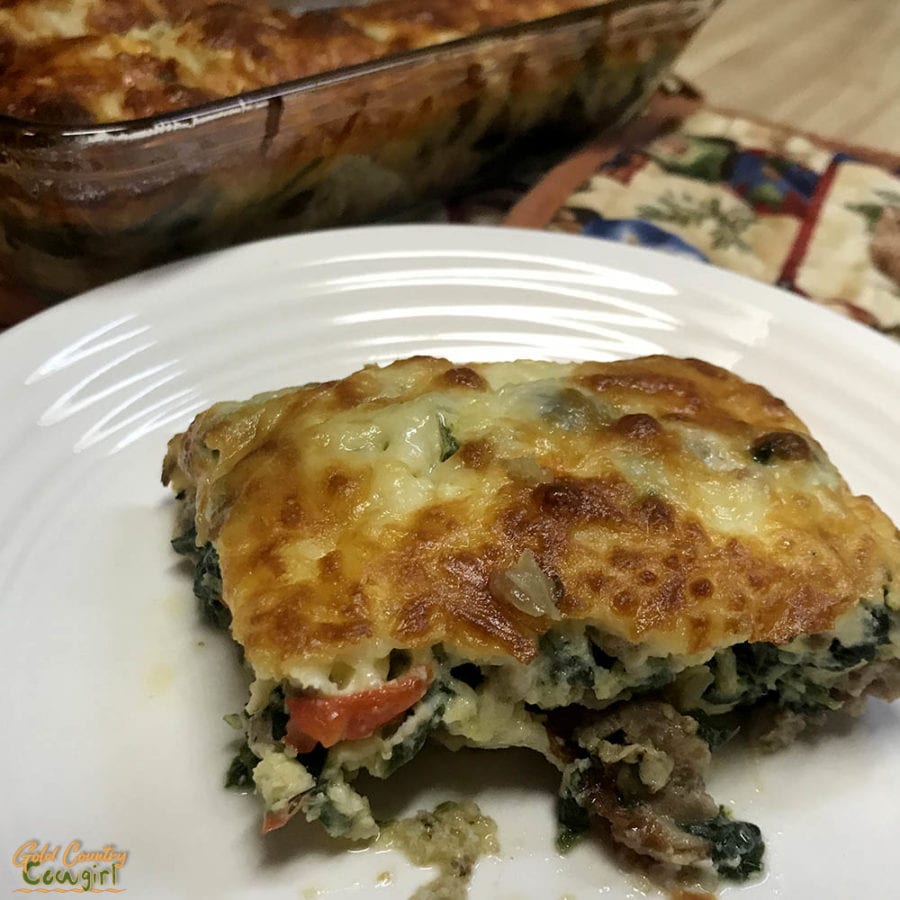 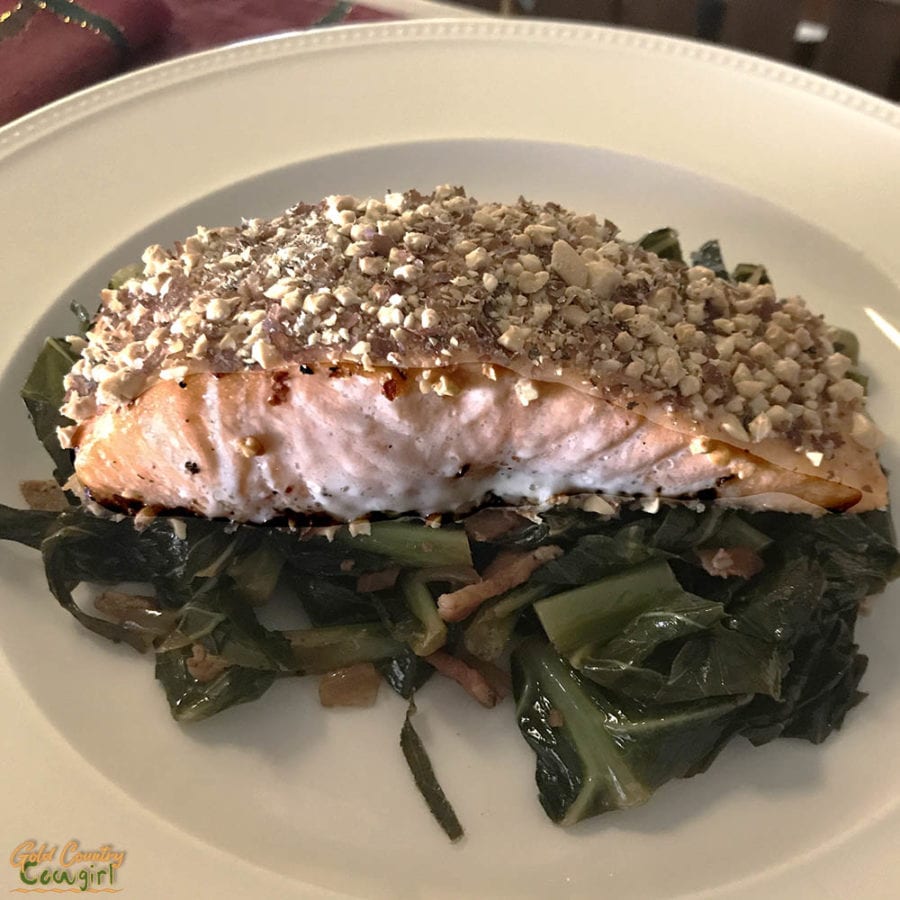 The Air Fryer 360 is really easy to use with good instructions on the unit itself so you don’t have to refer to the manual. Pre-heating is so much faster than in a conventional oven. It doesn’t heat up the whole house. It is incredibly easy to clean.

Although this isn’t a con for me, reviews I read said it gets too hot. Well, folks, it’s an oven. An oven that you sometimes heat up to nearly 500 degrees. I don’t think it gets any hotter on the outside than any other toaster oven. It sets on the counter within just a couple of inches of my walls and it doesn’t get them hot. And it definitely doesn’t heat up the house like the regular oven.

The only thing that is a con for me is that you bake on open racks and crisper trays. When you take them out of the oven, they can drip if you don’t remember to put something under them.

My Final Thoughts on Baking in my RV Oven

I need to do an inventory of appliances in the trailer to see what I can take out. Even though I got the smaller unit (it comes in two sizes), it is still going to be a challenge finding a convenient place for it when I head back out on the road in April. However, I think the pros outweigh the cons and I’m going to be very happy that I got it. Since I know I won’t use my RV oven, this will be a wonderful substitute as well as a replacement for some other items, like my crock pot. Did you know it slow cooks? 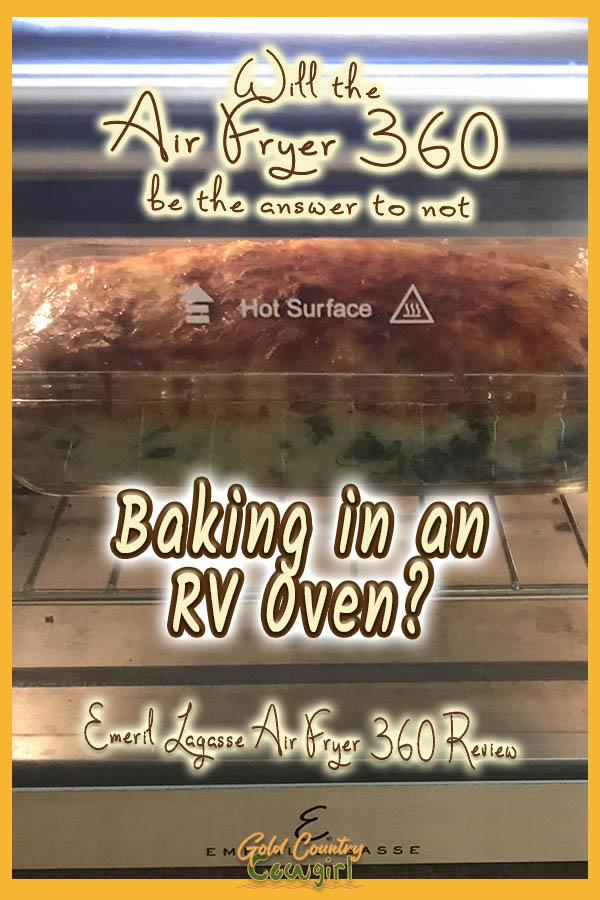 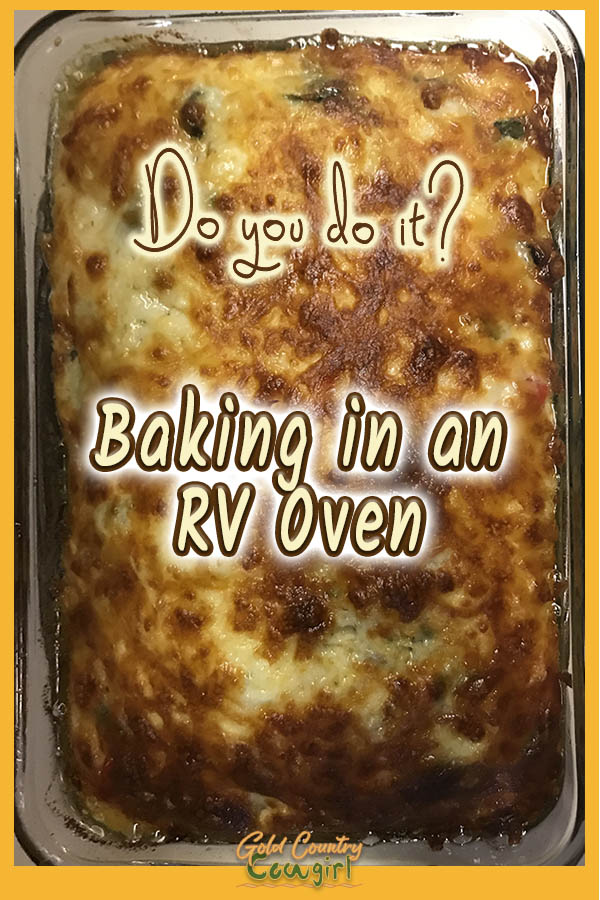 If you live or vacation in an RV, do you bake in your oven? Have you considered or do you use an alternative?