Riding the Rails by Motorcar in Amador County

When I first saw information about the motorcar ride in Ione, CA, I was intrigued. The stable where I had my horseback riding business was right next to the railroad tracks in Anaheim, CA. I saw lots of high rail trucks on those rails, but these vintage motorcars were so cute. And they were telling me I could go for a ride in one! On the railroad tracks! 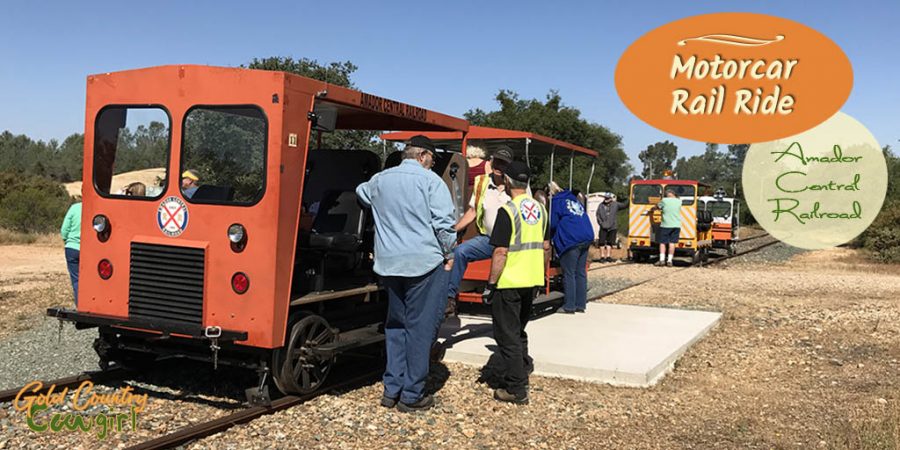 If you are wondering what motorcars are and why they are on the railroad tracks, let me give you a little history lesson. You might be familiar with handcars from old western movies. Handcars came on the scene in the 1860s and were mainly used to maintain small sections of track. In 1910, handcars began to be retired and replaced with motorcars, or speeders as they were also called.

Although the motorcars are slow compared to a train, they are much faster than the handcars, thus the nickname of speeder. On the Amador Central Railroad track the speed is limited to 15 mph but the cars are capable of higher speeds.

Handcars, motorcars and now high rail vehicles are an important part of railroad maintenance. The Amador Central Railroad motorcars are used to haul people and material on the line to keep the rail line open, to spray weeds, trim trees, and to replace culverts, ties and rails.

You can ride the vintage motorcars on the historic Amador Central Railroad the second Saturday of every month, March through November, weather permitting.

Lanes Station, where your motorcar ride adventure begins, is about a mile south of Ione on Highway 104. Look for the signs and the tent. Tickets go on sale at 9:30, or as soon as they get set up, and are $10. They are first come, first served for all rides for the day. The first ride is at 10 AM and I got the second to the last ticket for that ride. I didn’t ask or count to see how many riders there were but we had five cars and I think they held a total of around 20 people. Last ride of the day is at 2:30 but it may have sold out much earlier in the day. 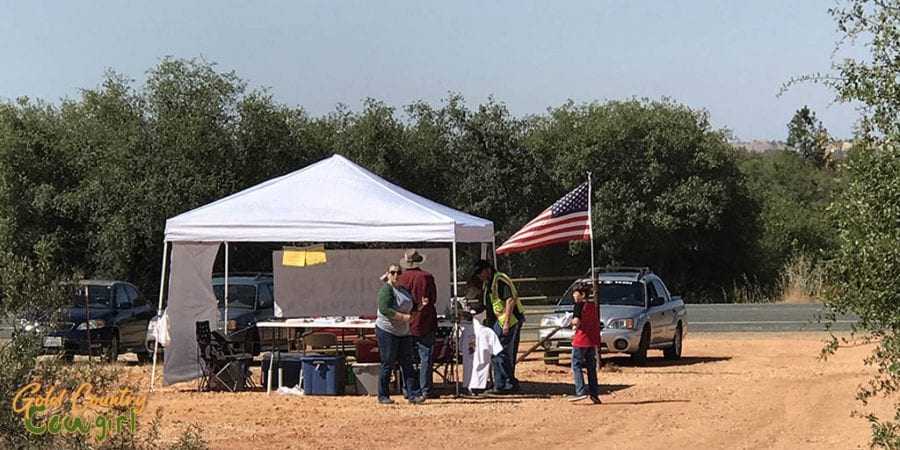 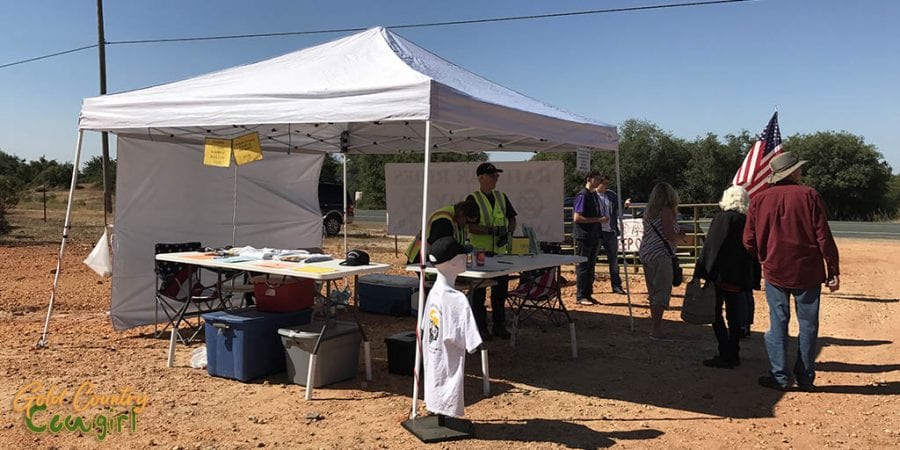 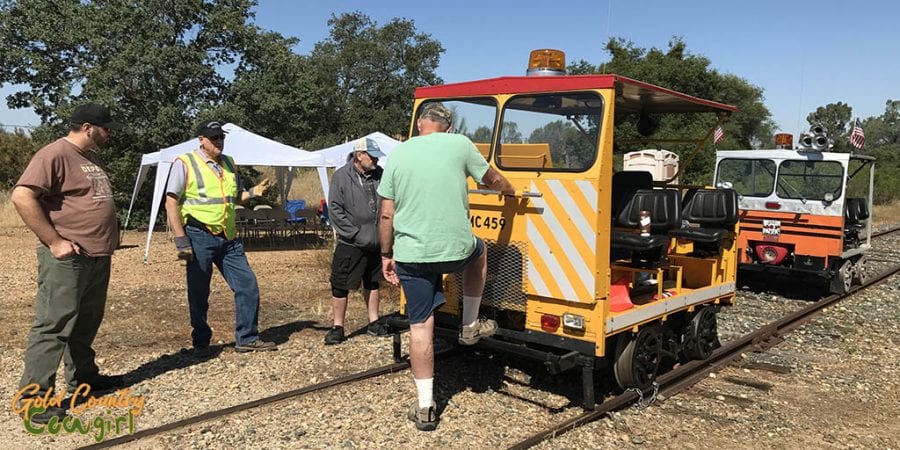 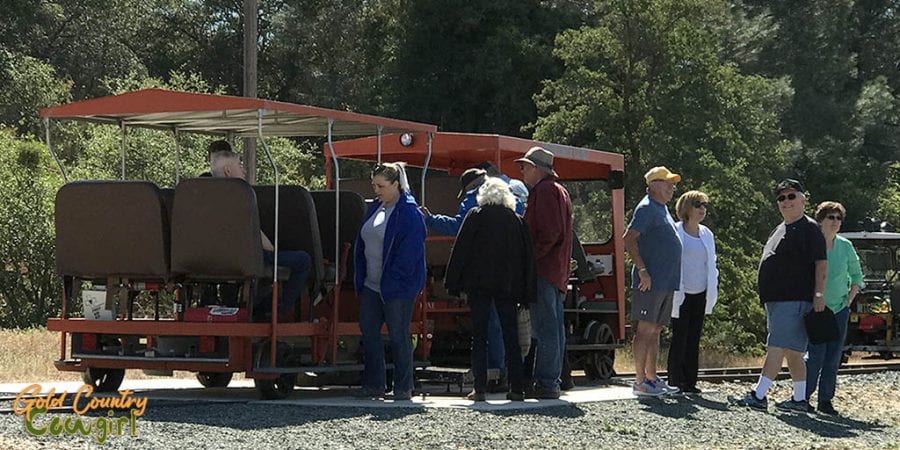 The motorcar ride is approximately 6 miles round trip into the foothills and lasts about an hour. The scenery is majestic but the most interesting part of the ride for me was watching the cars turn around at our midway point. You can see that, as well as the gorgeous scenery, in the video. So, come on board and click the play button! Listen to the clack, clack of the wheels and imagine yourself on a train coming to California to seek your fortune. 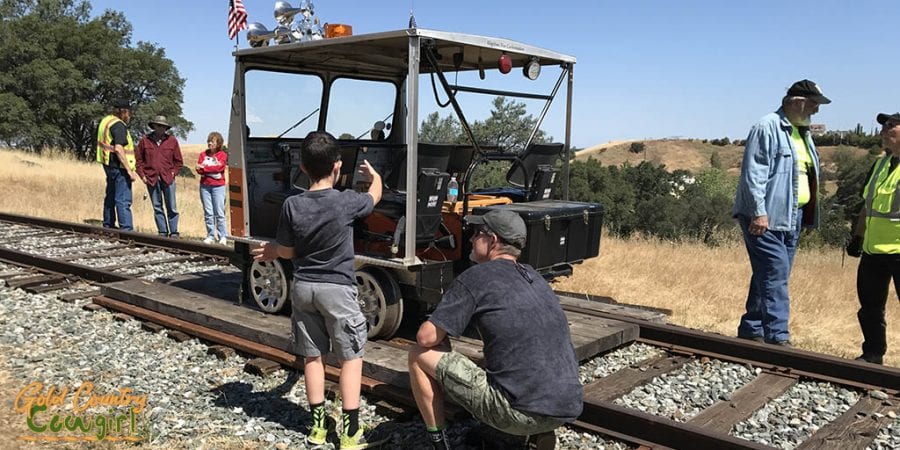 As we were pulling back into the station, I was reflecting on how much I love trains. I was thinking about the post I wrote about my ride on the Wildflower Train at Railtown 1897 State Historic Park and how I had asked in it if the Disneyland railroad counted as riding a train. The volunteer who helped me disembark must have been reading my mind. He asked, “Well, was it as good as Disneyland?” I was surprised and amused by his question and responded, “Best Disneyland train ride EVER!” 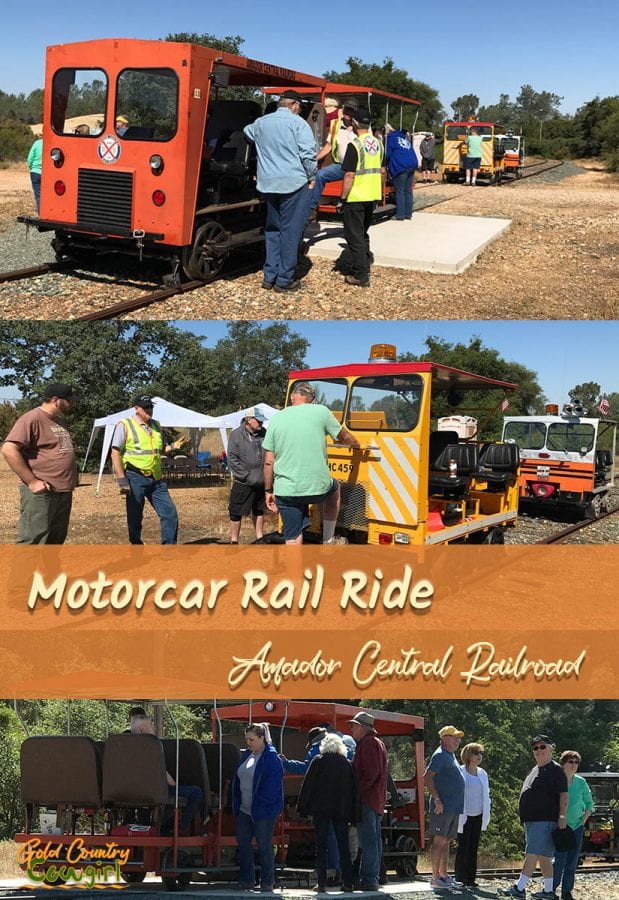