One of the things I love about travel blogging is that it “forces” me to learn so much more about a location or attraction than I otherwise might. That’s the case with La Lomita Chapel in Mission, Texas. I knew it was near the Riverside Dreamer so I wanted to stop by before I left the area. I read some quick reviews on TripAdvisor but, unfortunately, I didn’t delve into the history beforehand. It’s one thing to look at a building and say, “That’s a cool old structure.” But that cool old structure takes on new meaning when you learn about its place in history. 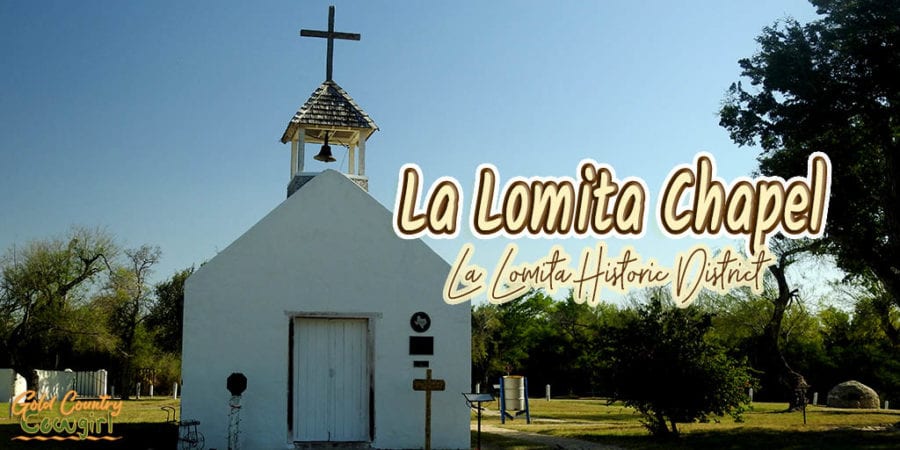 A Brief History of La Lomita Chapel and Mission

The La Lomita Chapel is located on property that was originally part of a land grant from Spain to rancher José Antonio Cantu in 1770. The land passed through several hands over the years through sales. Frenchman René Guillard purchased the land in 1845 where he then established a large ranch.

Mid-valley Stopover for the Horseback Circuit

Guillard was a devout Catholic and soon became acquainted with the Missionary Oblates of Mary Immaculate. The Oblate Fathers arrived in Texas in 1849 from France. They rode horses and burros on 100- to 150-mile circuits ministering to ranches scattered along the Mexican border.

Guillard’s ranch became an important stop for the missionaries on their way between their headquarters in Brownsville and the mission in Roma. In 1865, the priests built a small chapel and living quarters on the ranch. When Guillard died in 1871, his wife donated the property to the Oblates, “for the propagation of the faith among the barbarians.”

The original 1865 chapel was destroyed by a flood caused by a shift in the course of the Rio Grande. In 1899, a new chapel was built when the ranch center became the residential headquarters of a new Oblate mission district. The walls of the chapel were constructed of sandstone from the nearby hill. The walls have never needed to be structurally repaired!

The chapel, along with several other buildings, formed a plaza, transforming La Lomita into a small town. Only the chapel is still standing from this group of buildings that formed the La Lomita Mission.

In 1910, the Oblates once again moved their mission center to the new town of Mission and La Lomita began to fall into disrepair from lack of attention. In 1928, the mission site was cleaned up and restored only to be devastated by a hurricane in 1933. The hurricane left only the chapel, outdoor oven and well intact. Over the years, until 1961, the property was cleaned up and repaired by the community. 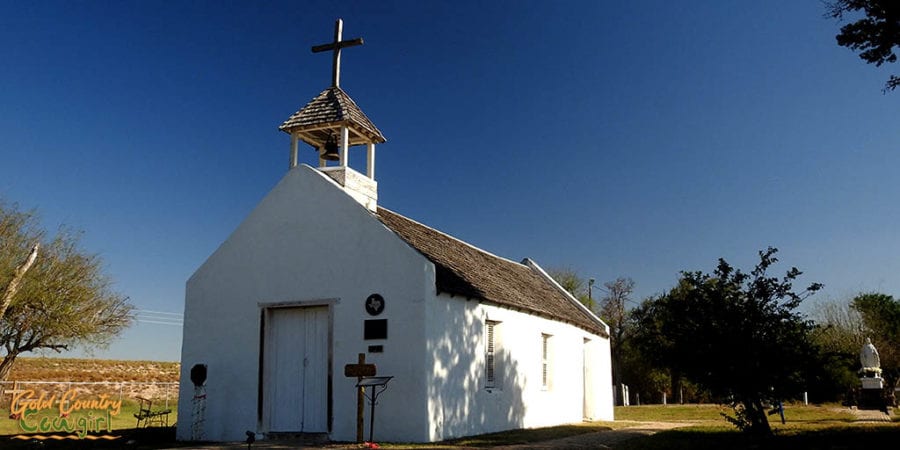 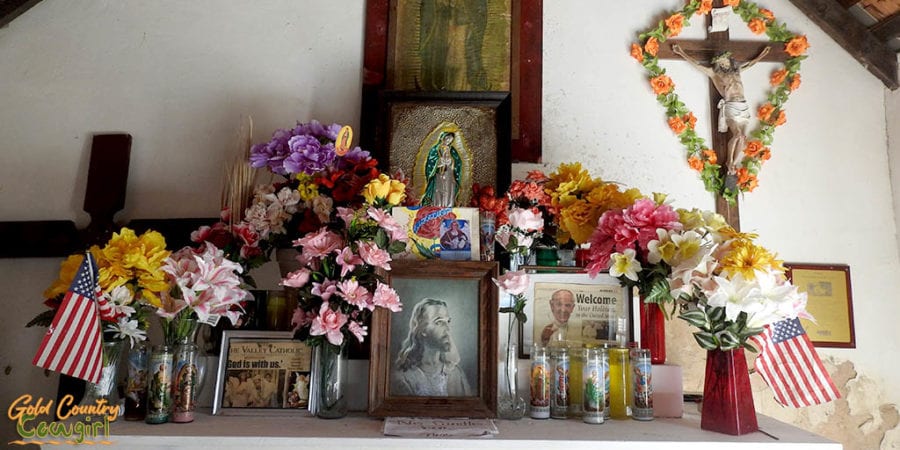 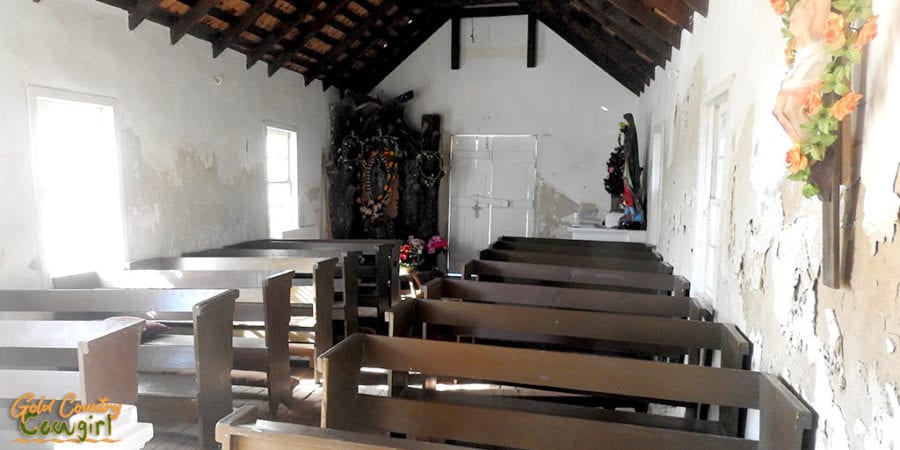 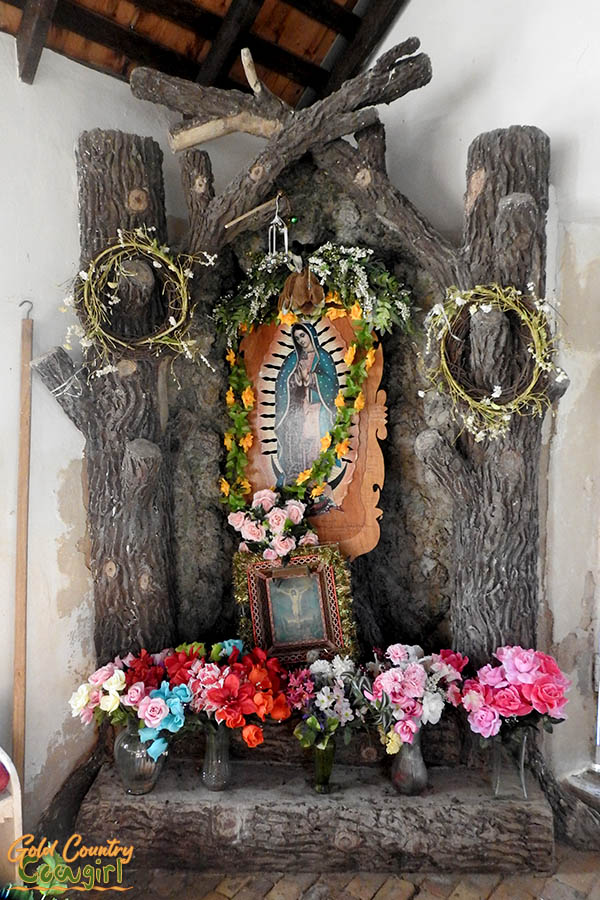 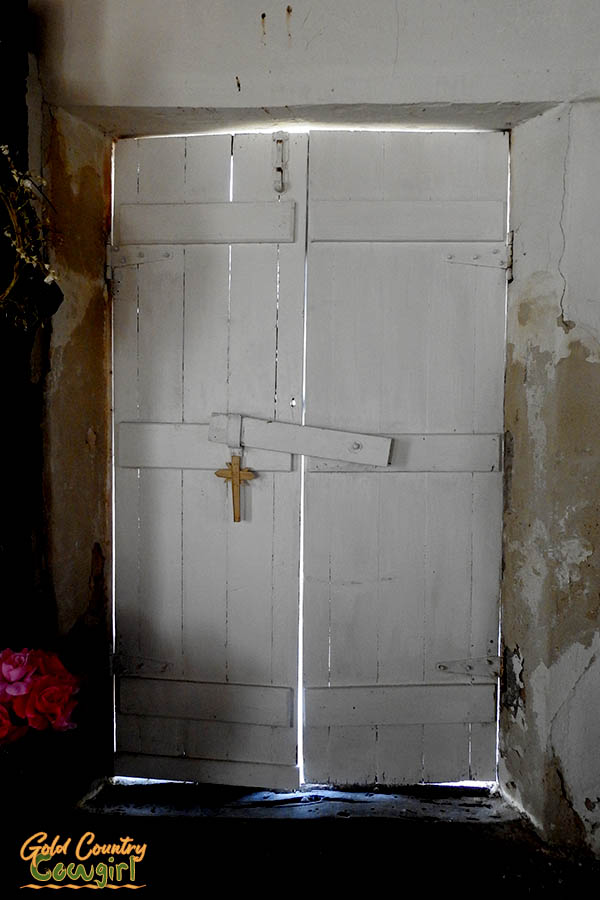 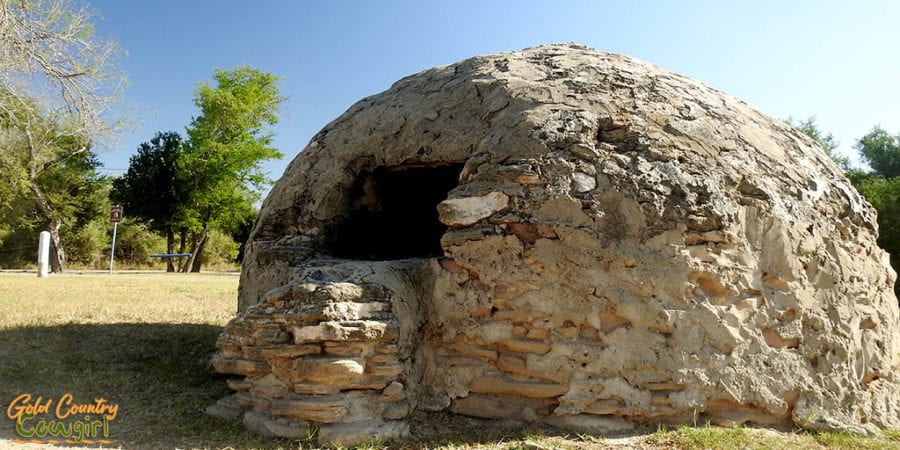 In 1961, the city of Mission leased the property and maintains it as a tourist park. The immaculate park has a decent sized parking lot, lots of covered picnic tables and a restroom. 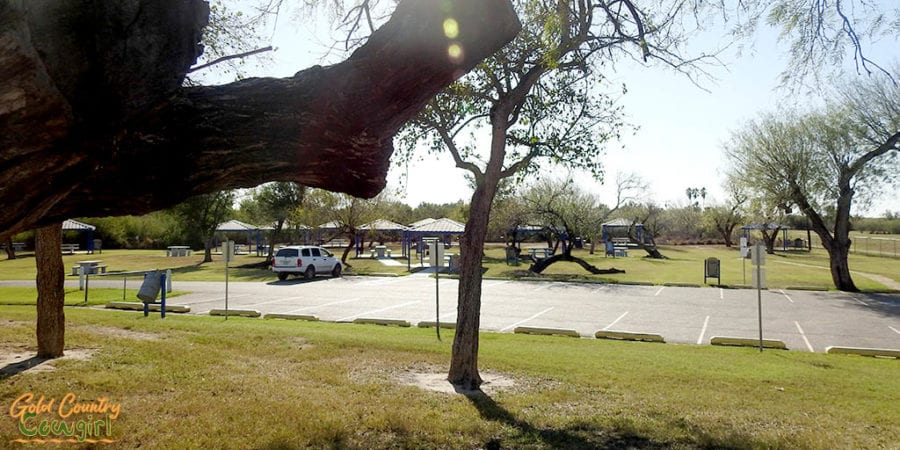 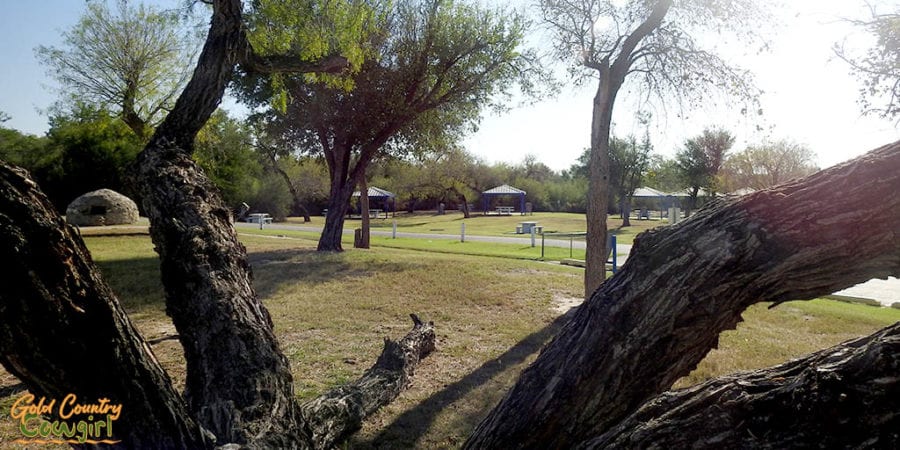 The City of Mission

In 1907, when the railroad was coming in and irrigation was transforming dry ranching to fertile farmland, the Oblate sold most of their land to developers. The developers named the new townsite Mission in honor of La Lomita Chapel and the work of the missionaries.

In 2010, consultants were hired to restore the building. The project won a TSA Design Award and was featured in Texas Architect magazine.

What you know about a destination can make a huge difference in the impact it has on you. Researching before you visit can enhance the experience exponentially.

When I stepped into the little chapel, I could see the parishioners sitting in the crude wooden pews listening to the priest deliver mass. The outside, however, was just a chapel in a park.

Now that I have done more research, I can visualize the vibrant square: people going into the general store; the blacksmith at work; a fire burning in the outdoor oven next to the cookhouse; and the smell of the stables. I can see the Wells Fargo stage pulling in and I see the dusty missionaries riding in on their horses and burros. What a different picture we can paint when we know more about the history. 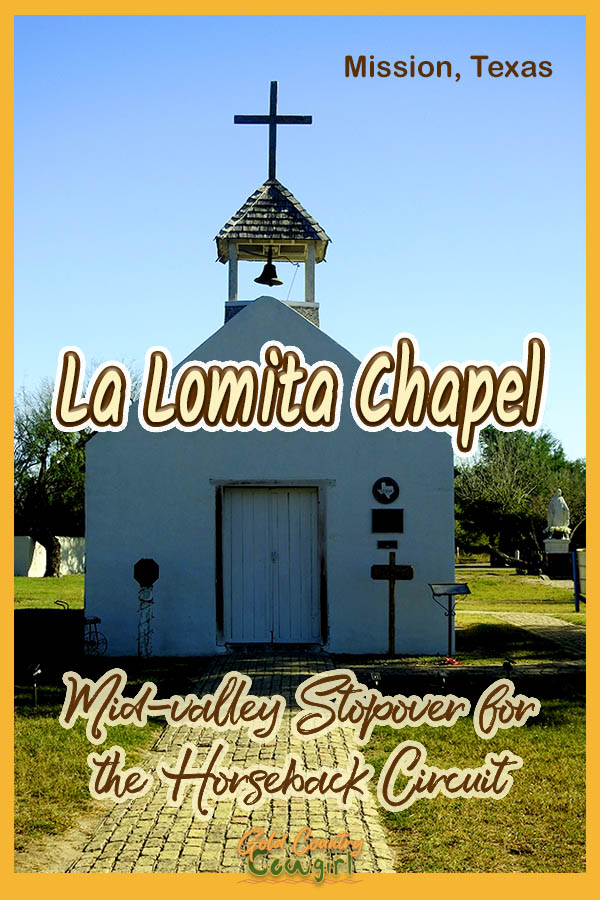 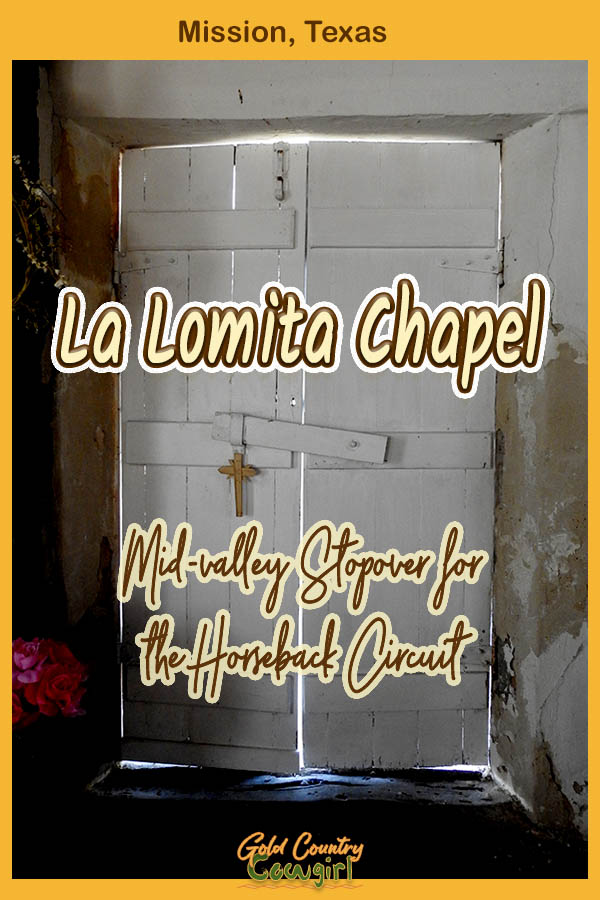 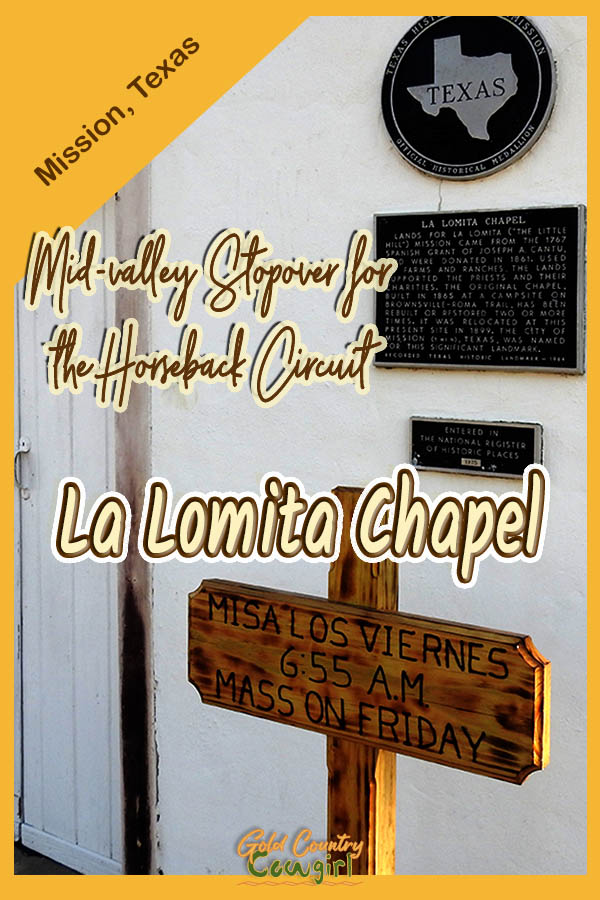 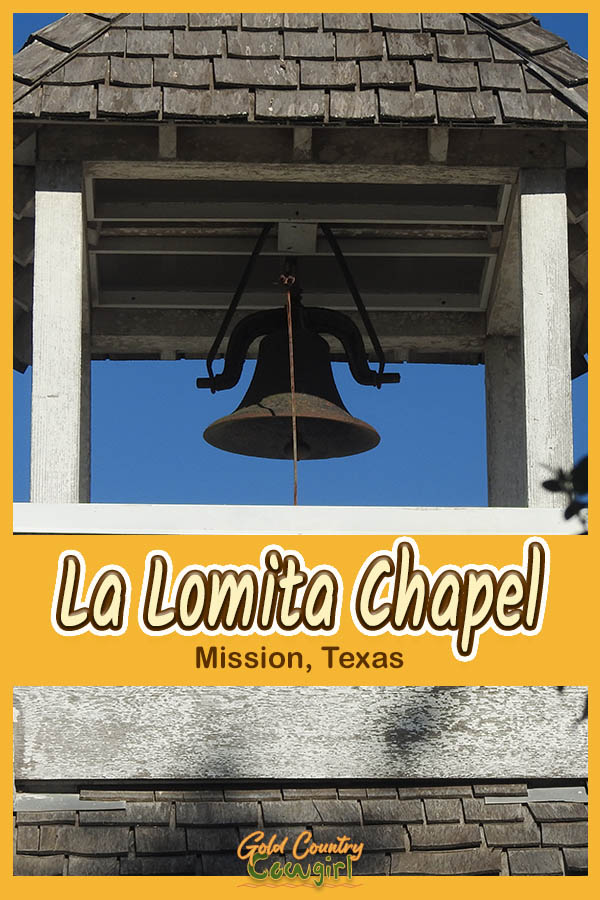 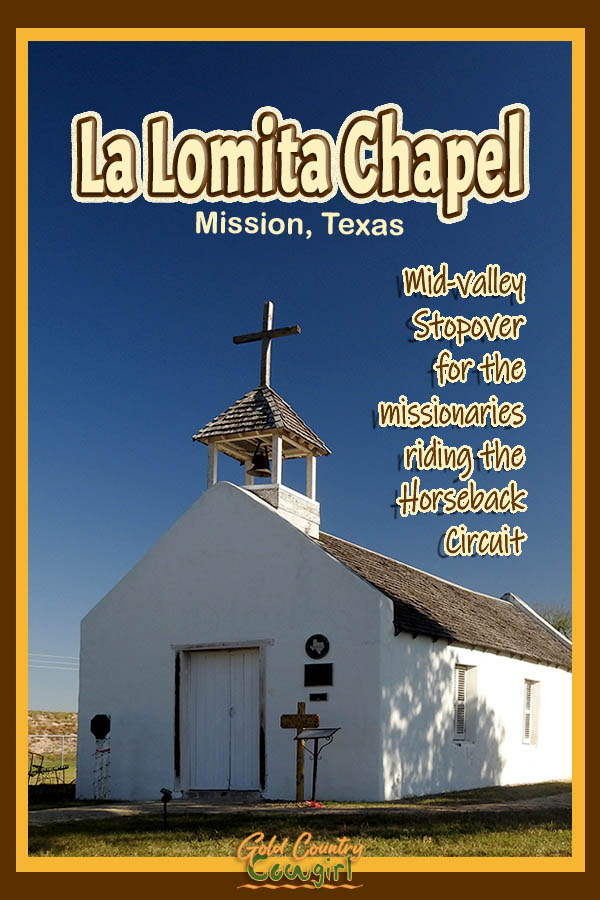 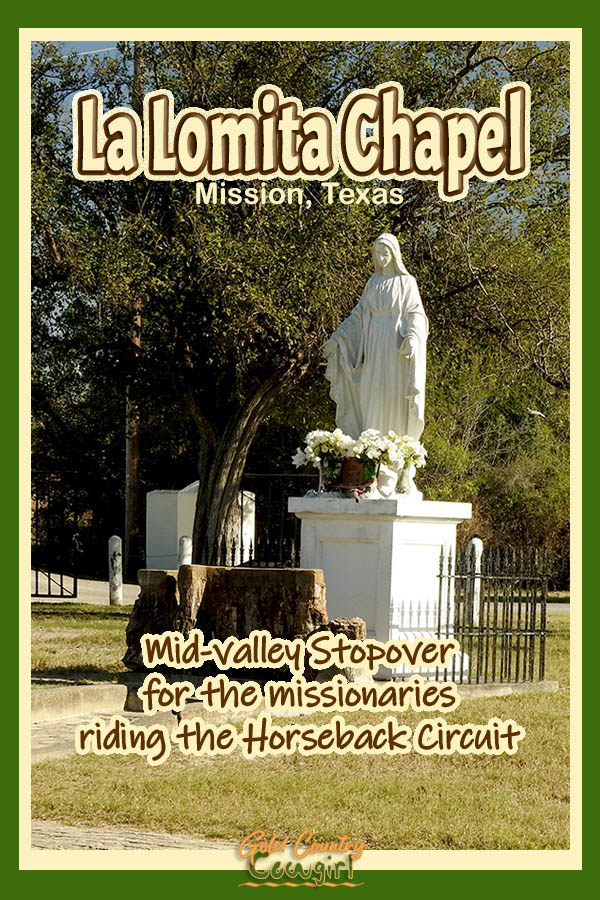