Moving to Texas has been an eye opener in many ways. For example, I wrote about how surprised I was when I learned the difference between Mexican and Tex-Mex food. And I can’t forget learning that alligators are native wildlife here! A few days ago, I went to the Freddy Fender Museum in San Benito, and besides learning all about Freddy’s life, I learned about a music culture that I didn’t know much about. Although I had heard the music, I knew nothing of its origins or history. I’m talking about the unique style of American folk music called conjunto that was founded in south Texas. I’ll tell you more, but first, some background on the  Museums of San Benito. 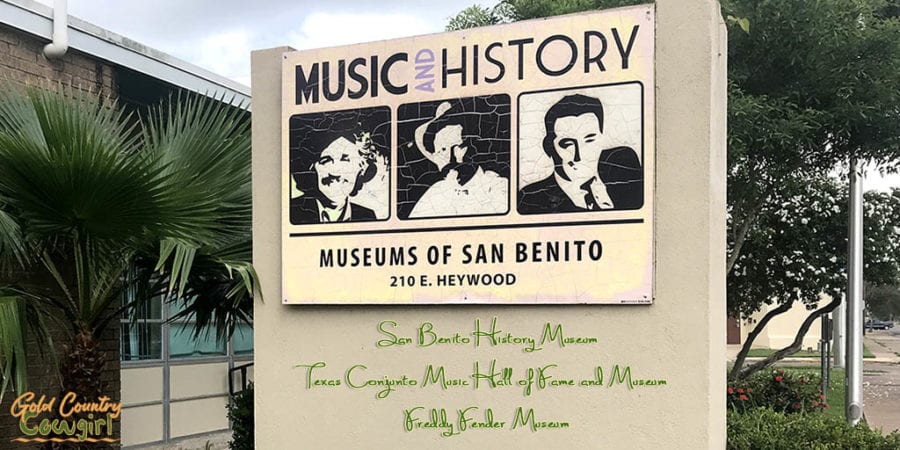 The Three Museums of San Benito

The Museums of San Benito are three separate museums, owned by different people, housed in one building. The three museums are the San Benito History Museum, the Texas Conjunto Music Hall of Fame & Museum and the Freddy Fender Museum. The museums flow from one to another and your minuscule entry fee of $3 includes all three.

Your very minimal entry fee gets you three museums in one at Museums of San Benito. #museum #music #history Click To Tweet

The museums opened at their current location in 2007. They are in the planning stages of moving to a new location but you can imagine the difficulty of coordinating three entities. The new location is in the Civic Center next door so you shouldn’t have any trouble finding them even after they move.

In the San Benito History Museum, you’ll get a glimpse into the beginnings of San Benito and the daily lives of early settlers. Prior to 1906, the majority of the inhabitants were of Mexican ancestry. Anglo settlers began arriving with the completion of the railroad in 1904 and the availability of irrigation water in 1906. The railroads brought a diverse ethnicity of pioneers, which you learn more about through photographs and artifacts. The museum is a project of the San Benito Historical Society. 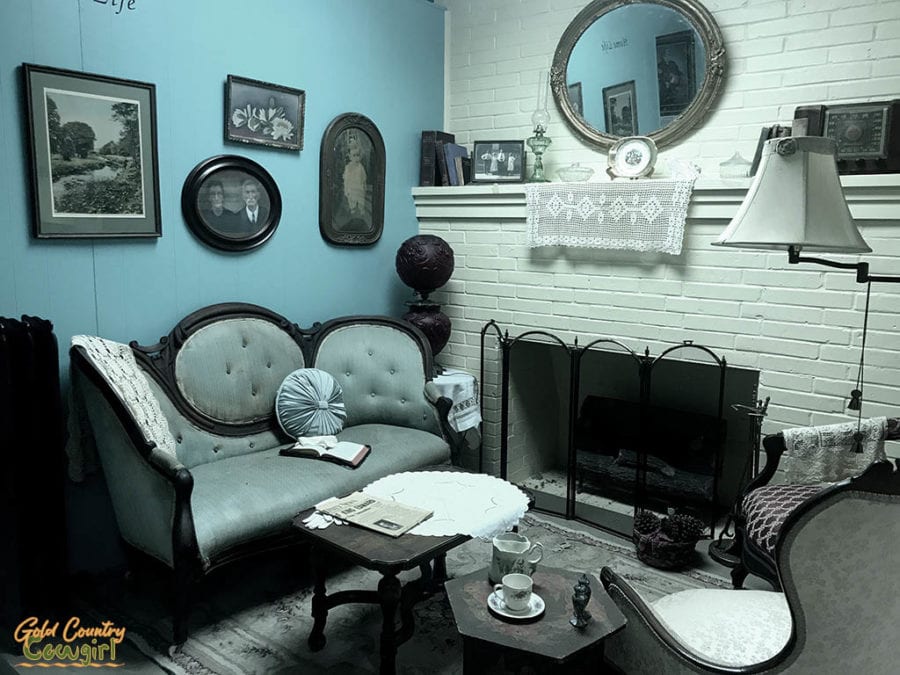 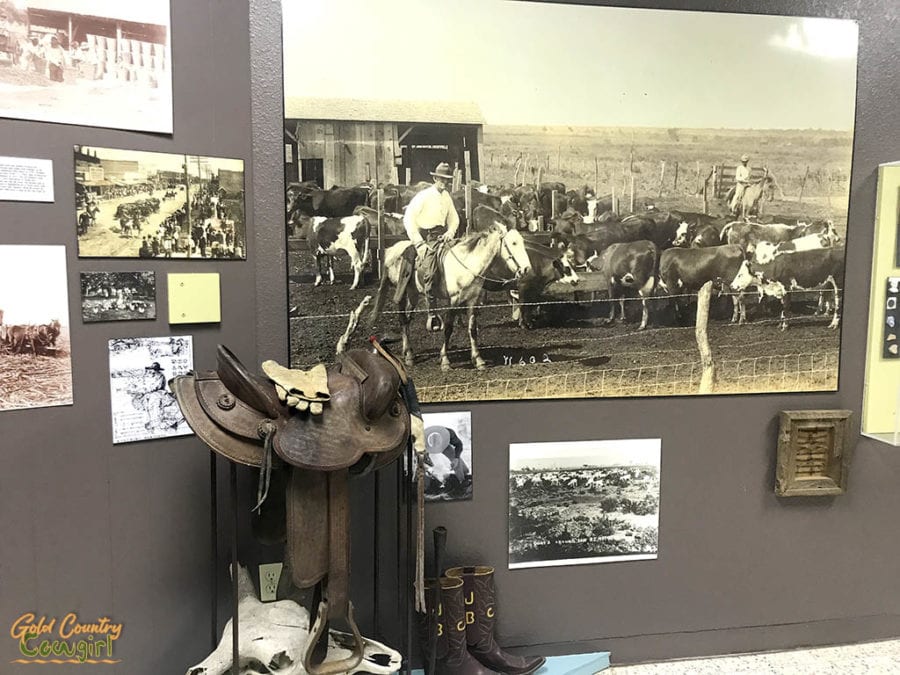 Disclaimer: This post contains affiliate links. If you make a purchase through a link, I will earn a fee, at no additional cost to you.

The Texas Conjunto Music Hall of Fame and Museum is where I first heard the term and dove into the history of conjunto music. You’ve probably heard the music but just didn’t know it had a name and is a culture all its own.

What is Conjunto Music?

Conjunto means group or ensemble. In Texas and Mexico, a conjunto band is comprised of four main instruments: the button accordion, the Spanish bajo sexto (12-string bass guitar), an electric bass and drums. The music is accordion driven and very danceable. Just sitting and listening to it, I can’t help but tap my foot.

The History of Conjunto Music

Conjunto, like country music, is considered the working man’s music and tells similar stories of love and loss. It grew up on ranches where Mexicans as well as Czech and German immigrants worked side by side and shared their music. 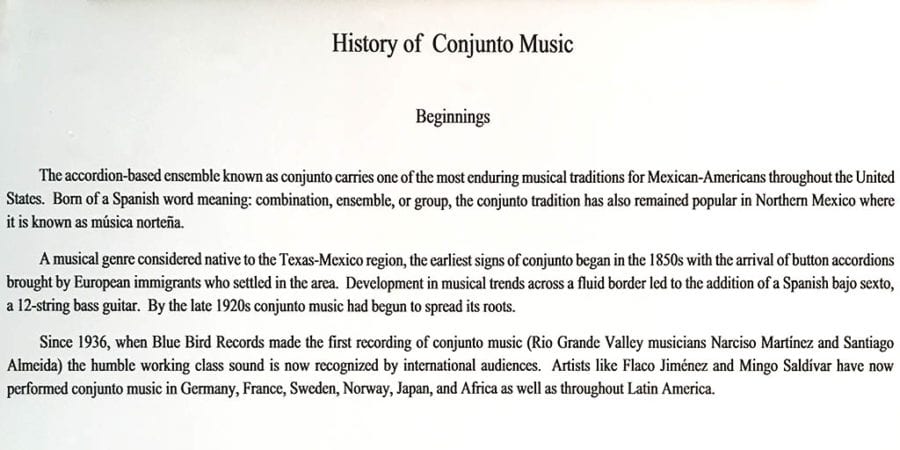 The Texas Conjunto Music Hall of Fame and Museum opened in 2001 with four inductees. Accordionist Narciso Martínez, inducted into the Hall of Fame in 2002, has been called the “father” of modern conjunto. He, along with bajo sexto player Santiago Almeida, inducted in 2005, are credited with fusing European accordion polkas with Mexican ranch music in the 1930s. Santiago Jiminez says, “German and Spanish polkas sound the same. The Germans just play slow and we play a little faster.” 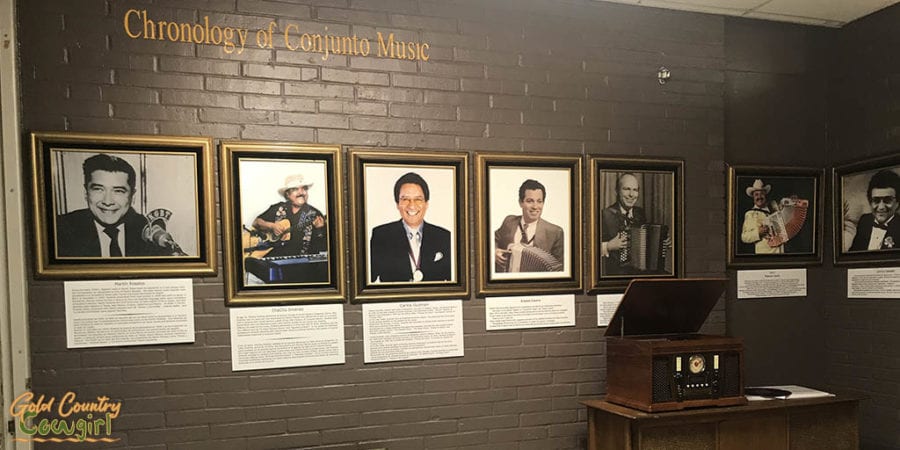 There are several varieties of what is called Tex-Mex music. Conjunto is just one of them. Check out this video for samples of each.

Driving down Highway 69E from Harlingen to Brownsville, you can’t miss the water tower with Freddy Fender’s likeness on it. That’s how I first learned about the Freddy Fender Museum in San Benito.

Visiting here was on my list for a while but scheduling it was a little tricky since they have a very limited schedule. The Museums of San Benito are only open three days a week – Thursday through Saturday.

Before I went to the Freddy Fender Museum, I listened to his most popular songs, which I’ve shared with you below. Freddy’s music definitely brought back some memories!

Baldemar Huerta was born in San Benito in 1937. In 1958, he legally changed his name to Freddy Fender. He chose Fender because that is the equipment he was using. He chose Freddy because he liked the alliteration and thought it would sell well with the Gringos.

Freddy legally changed his name in 1958. Fender for his guitar and Freddy because he liked the alliteration. #freddyfender #music #texas #museum #travel Click To Tweet 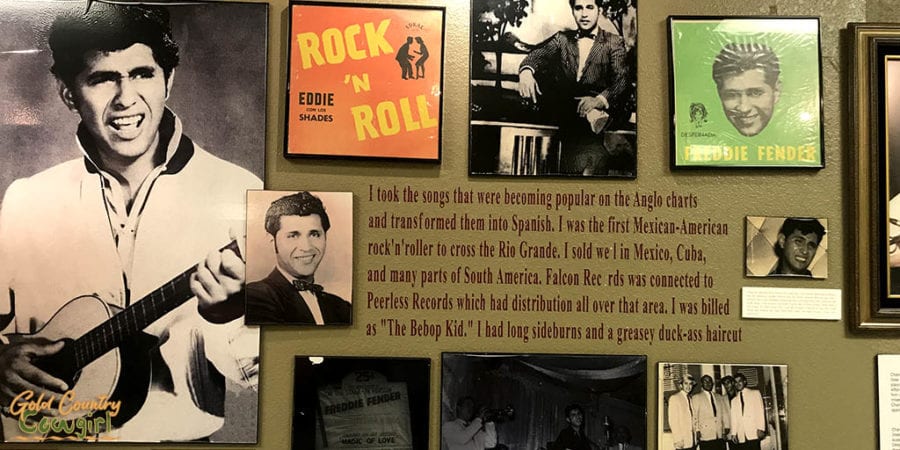 Freddy had some success in Mexico and South America in the 50s with Spanish language versions of English hits. His first regional success came in the 60s with Wasted Days, Wasted Nights, but in the 70s, his hit Before the Next Teardrop Falls made him a star. In 1975, he won the Academy of Country Music’s Best New Artist award and went on to be a multi-Grammy winning artist.

Freddy had a myriad of health issues in the early 2000s. He had a kidney transplant in 2002, a liver transplant in 2004, and finally succumbed to lung cancer in 2006 at the age of 69. He is buried in his home town of San Benito. 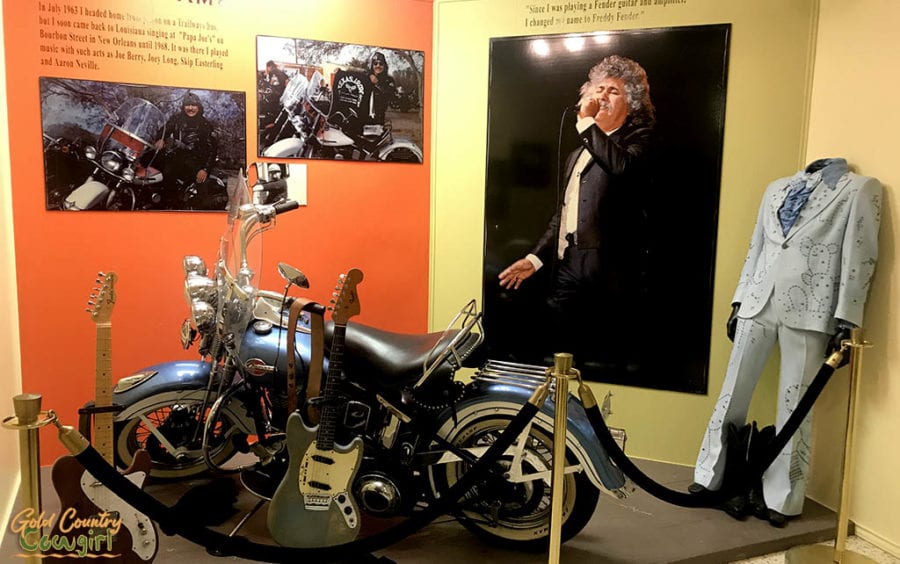 As you walk through the museum and view various exhibits, you can read Freddy’s own words on the walls. His Grammy awards, his Harley Davidson and various costumes are some of the things you can see on display. There’s also a short documentary DVD you can watch. 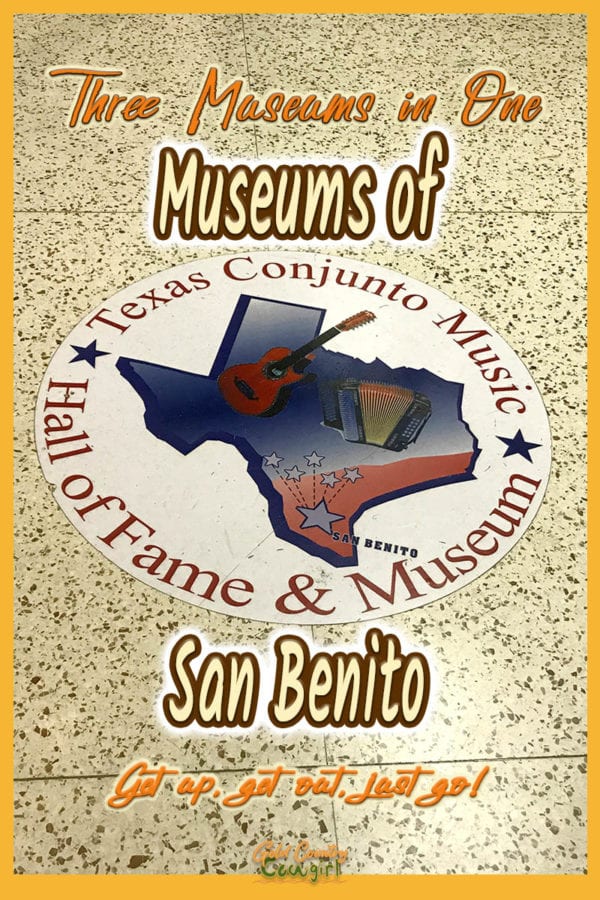 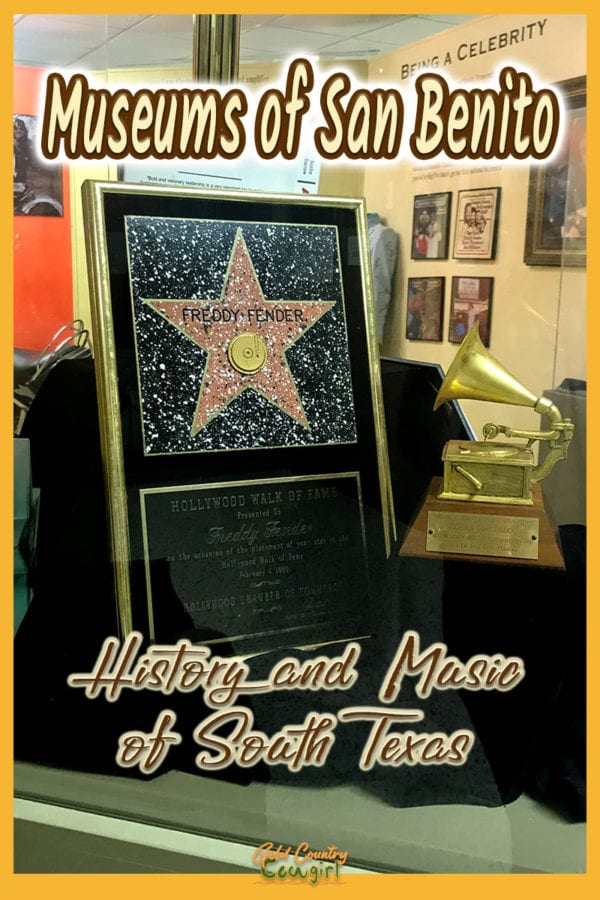