Frontier Texas in Abilene – Where the Old West Comes to Life

Museums are at the top of my list for attractions to visit in a new town. Even the smallest museum can give you tremendous insight into a location. So, when you come across a world-class museum like Frontier Texas in Abilene, where the Old West comes to life, it is an awesome bonus. 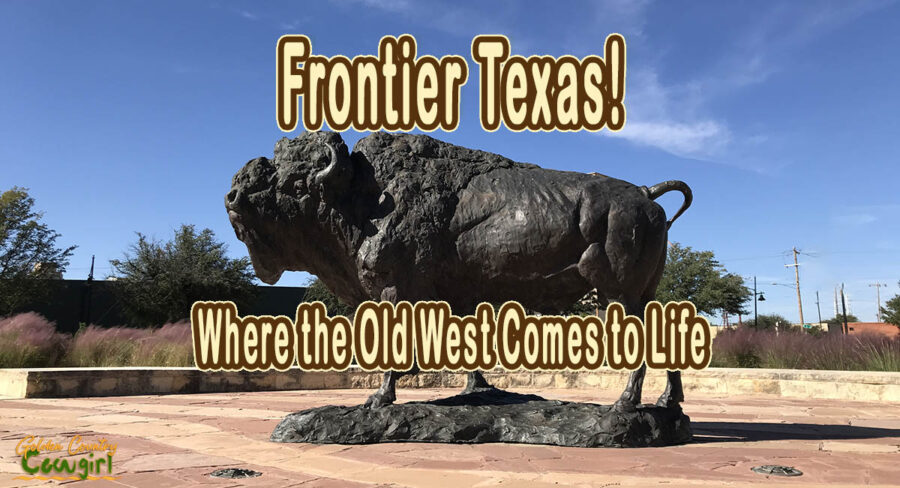 Frontier Texas! opened in 2004 with just a visitor information center, a Texas-themed gift shop and the exhibit “The Century of Adventure.” In 2013 the museum opened the new $2 million exhibit entitled “Blood & Treasure on the Frontier” which is the exhibit you see today.

From the moment you enter, the building is pretty impressive. High ceilings in the main room let in lots of light to showcase the massive sculpture near the center of the room. The walls in this room are lined with racks of brochures because the museum also serves as the visitor center for Abilene. 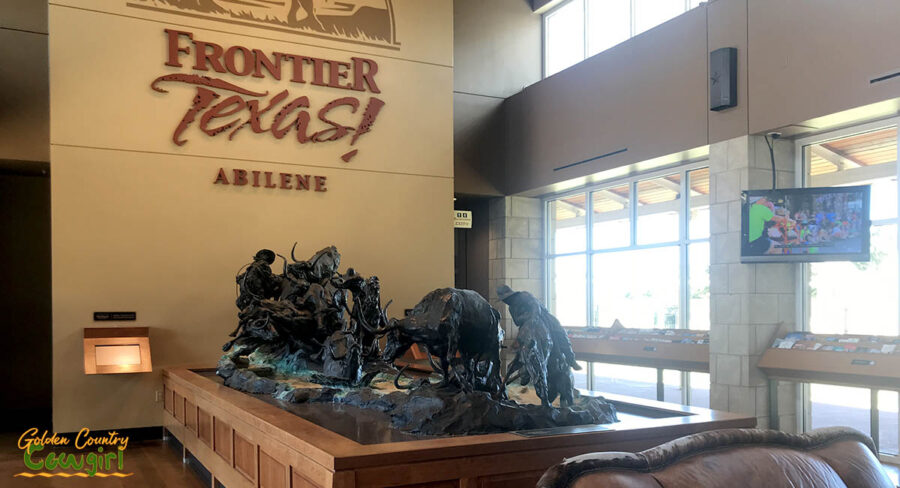 To the right in this room is the cashier and the gift shop. The gift shop has more books on Old West history than I think I’ve seen in my entire life! They were oh so tempting but I couldn’t decide on one so didn’t get any. They also sell Texas souvenirs, toys and local artwork in the gift shop.

Blood and Treasure on the Frontier

Past the gift shop is the entrance to the theater where you view a video. The video gives you an overview of what to expect from the rest of the exhibits.

Beyond the theater, the museum is divided into six sections: A Wild Land, Comanche Empire, Buffalo Hide Trade, Military on the Frontier, Cowboys and Longhorns, and Frontier Settlements. Each section has detailed historical information and amazing artifacts. 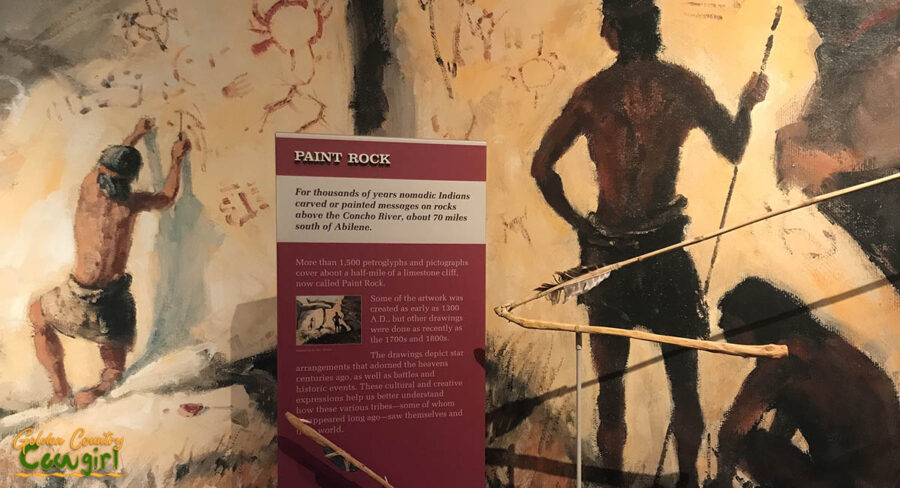 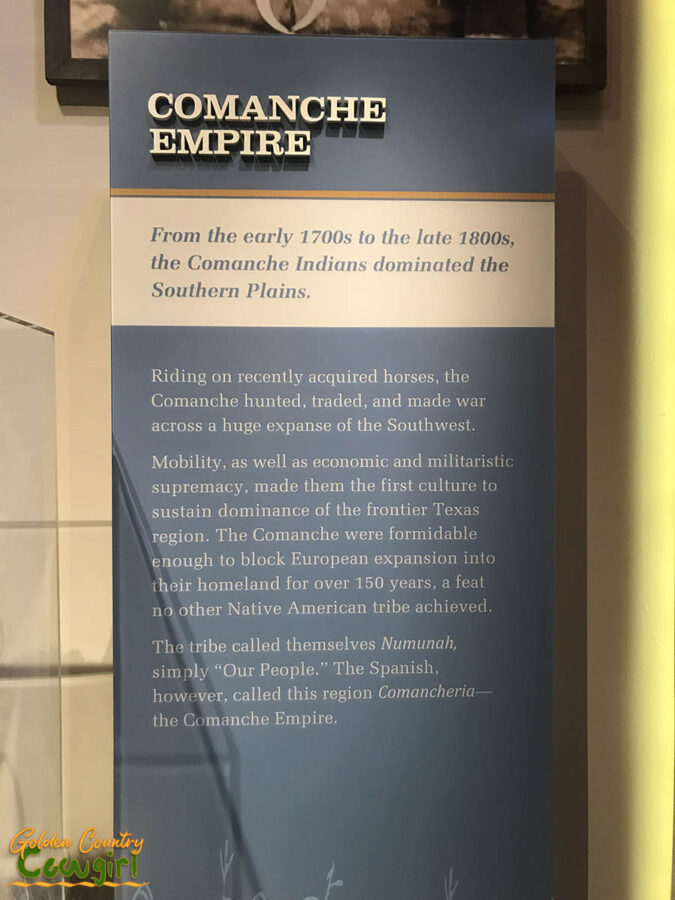 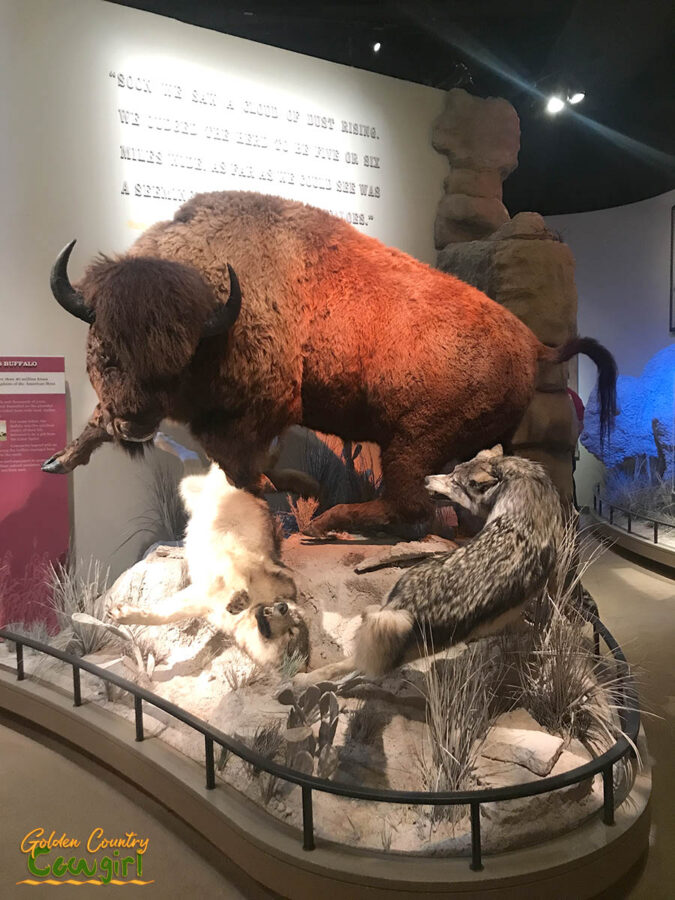 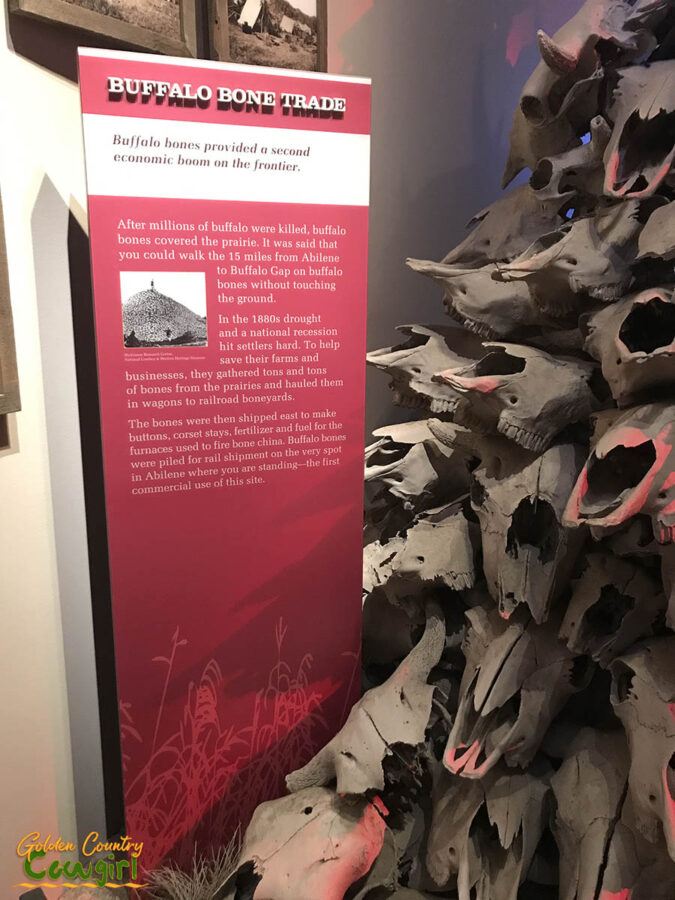 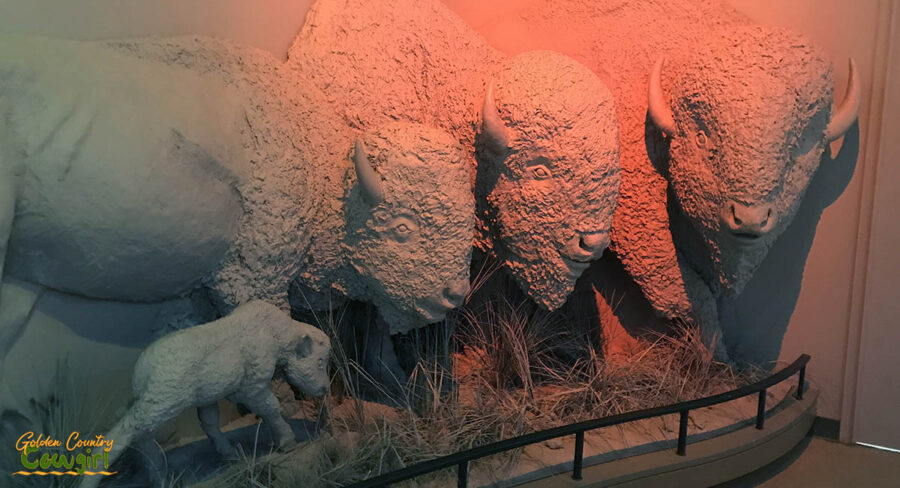 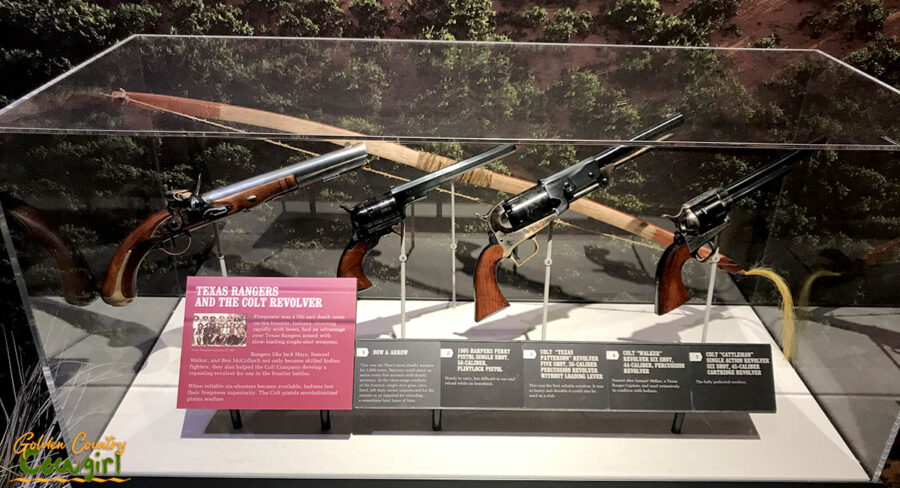 What sets this museum apart, though, are the nine hologram stations scattered throughout the sections. Frontier Texas! is one of the few museums in the world to feature life-size holographic figures.

Frontier Texas! is one of the few museums in the world to feature life-size holographic figures. Click To Tweet

These holograms are real characters from history, like Pat Garrett, who tell you their stories. The holograms are interactive. Each character’s story is divided into several parts and you can listen to as much or as little as you want. Just push the buttons for the stories you want to hear and the storyteller appears and begins speaking! 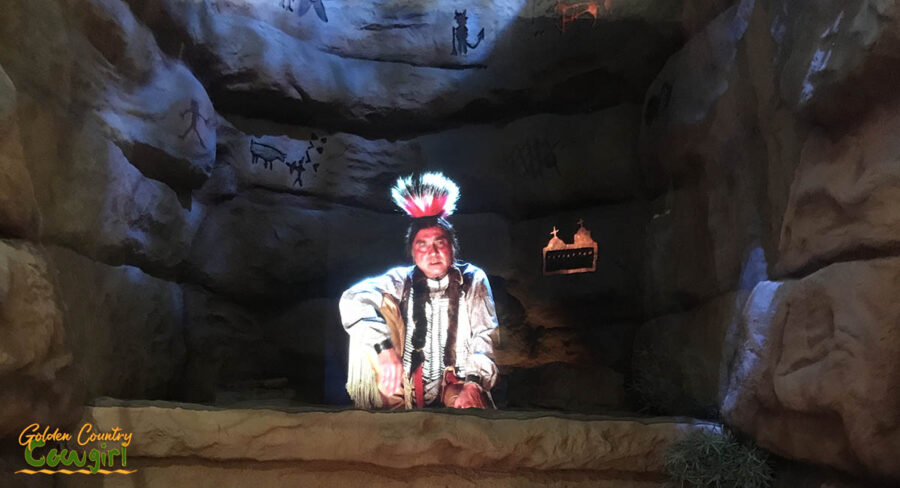 Esibahitu was a visionary Comanche leader who went from fighting the white man to meeting the President in the White House. 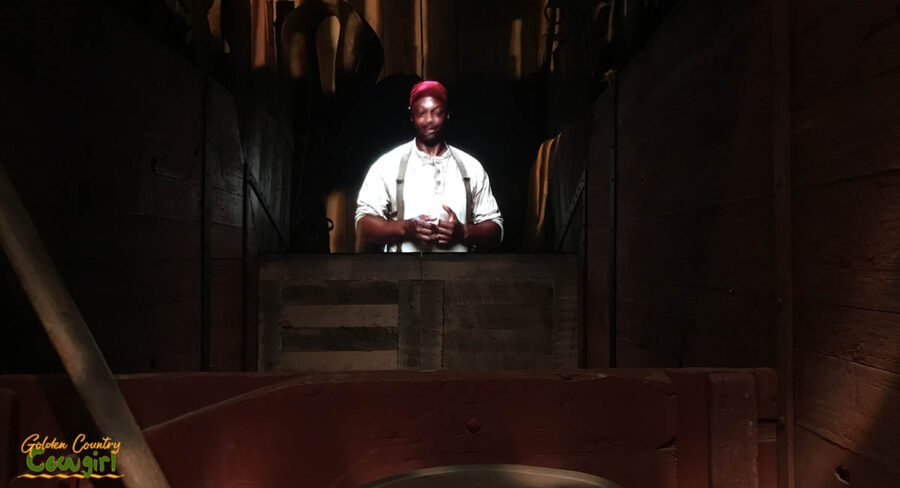 Britt Johnson was born a slave. His wife and daughters were captured by Indians so he was granted freedom to search for them. 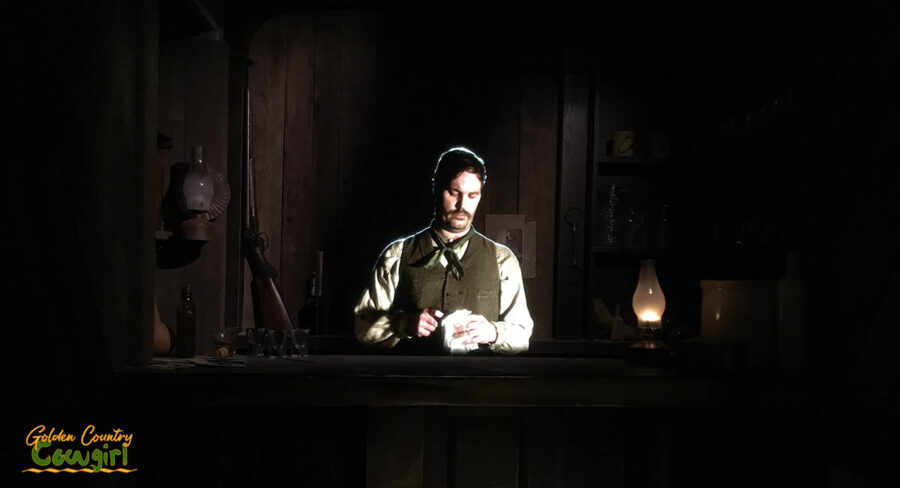 Pat Garrett moved to Texas to hunt buffalo but later became a gunman and lawman.

After nearly two hours of soaking in the history in the exhibits, I was ready to enter the Frontier Experience Theater. There’s a screen above the doors to the theater that lets you know how long it is until the next show begins.

The theater is a 360 degree experience. You’ll find yourself in the middle of buffalo stampedes, a shootout in the Bee Hive Saloon, a wolf attack and more. The seats swivel so you can turn to watch all the action.

In the Frontier Experience Theater, you'll find yourself in the middle of buffalo stampedes, a shootout, a wolf attack and more. Click To Tweet

My Final Thoughts on Frontier Texas in Abilene

Frontier Texas! is definitely one of my favorite museums. The holograms intrigued me, but I especially appreciate the way it helped me put some historical events in perspective.

Have you visited a museum that has exhibits that include holograms? What were your thoughts? 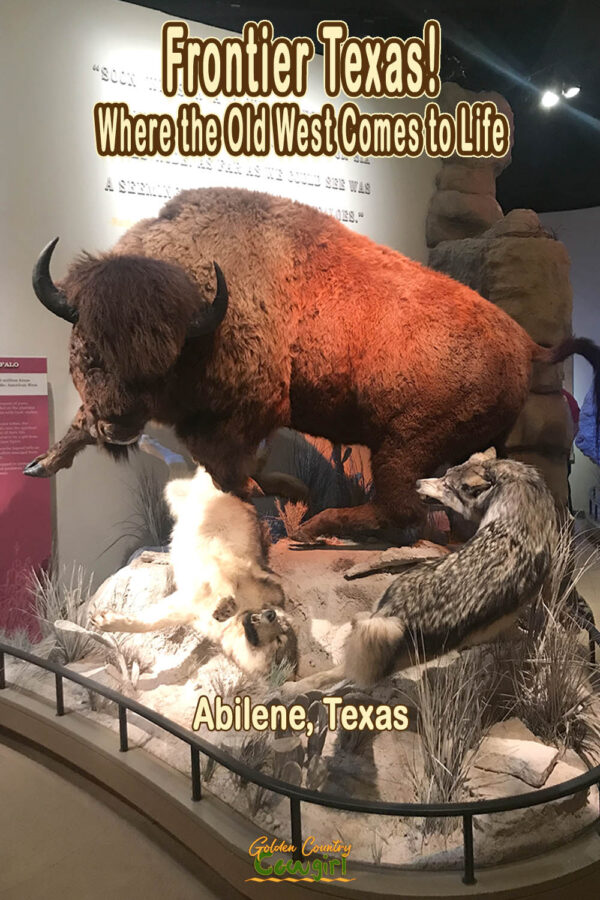 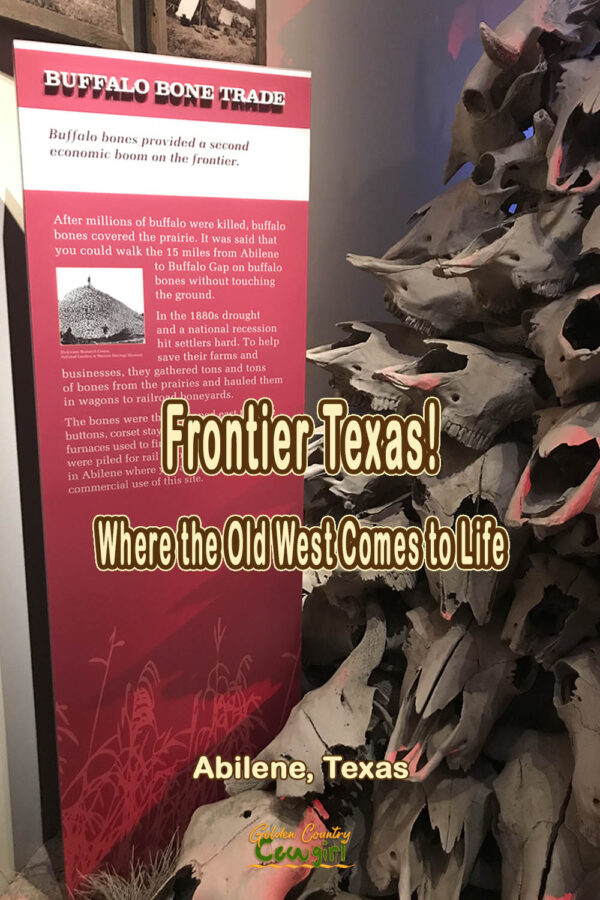 A few other museums I’ve visited: