Home Travel Texas Both a State and National Park Celebrate the Life of Lyndon B. Johnson

Both a State and National Park Celebrate the Life of Lyndon B. Johnson

Lyndon B. Johnson was the 36th president of the United States from 1963, when President John Kennedy was assassinated, through a full term ending in 1969. As President, he had an ambitious political agenda aimed at reducing poverty, illiteracy and discrimination. He created the Medicare and Medicaid programs and signed the Civil Rights Act and Voting Rights Act into law. Lyndon Johnson was born and raised in Texas Hill Country where his life is honored at both a state and national park: Lyndon B. Johnson State Park and Historic Site and the Lyndon B. Johnson National Historical Park. 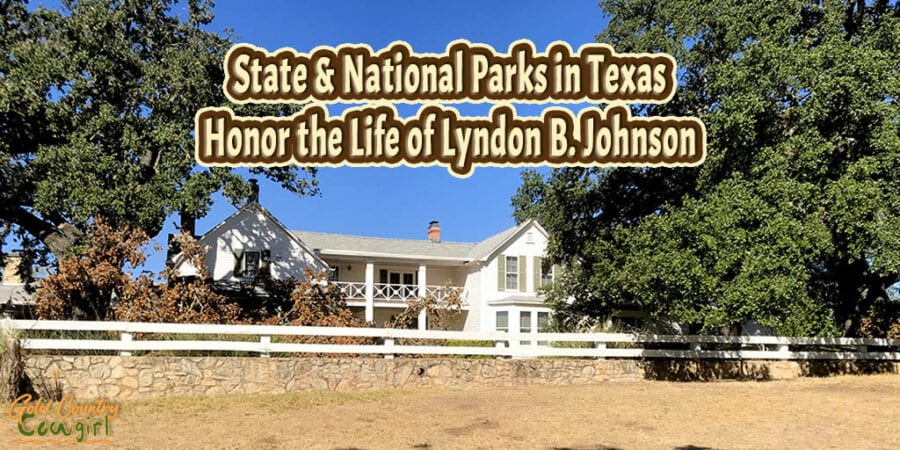 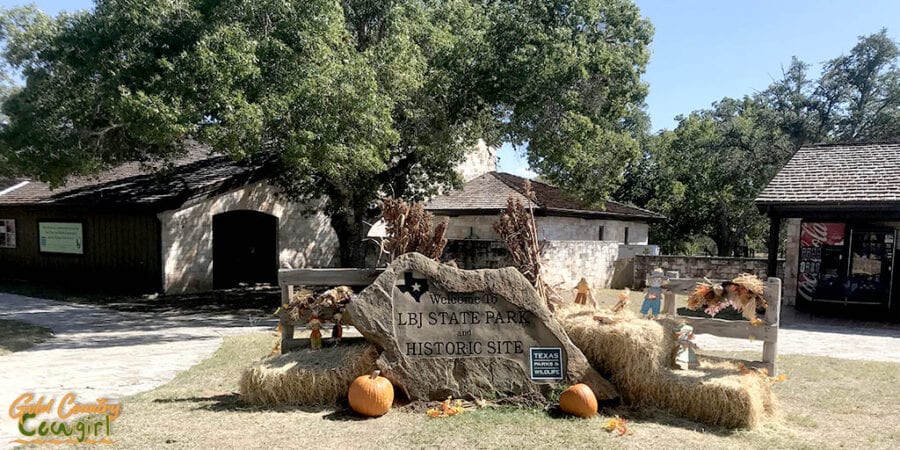 The Park Headquarters of this 700+ acre state park contains memorabilia from Lyndon Johnson’s presidency as well as interactive displays about the history of the land and people. You can watch short films about LBJ and the park or shop for souvenirs. This is where you also get your free one-day driving pass to enter the National Historical Park across the Pedernales River.

The two historic cabins in the park were built in the mid-1800s by German immigrants. Touring them will give you a feel for what life was like for early settlers.

And for an in depth look into the life of settlers in the early 1900s, visit the Sauer-Beckmann Living History Farm. On the self-guided tour you’ll see rangers dressed in period clothing doing common chores of the time. The rangers will tell you about the farm and answer all your questions.

For an in depth look into the life of settlers in the early 1900s, visit the Sauer-Beckmann Living History Farm at the LBJ State Park. Click To Tweet

The Lyndon B. Johnson National Historical Park is comprised of two districts — the LBJ Ranch District in Stonewall and the Johnson City District 14 miles to the east. This post only contains information for the LBJ Ranch District. For more information on the Johnson City District, which includes the LBJ boyhood home and Johnson settlement, visit the National Park Service website. 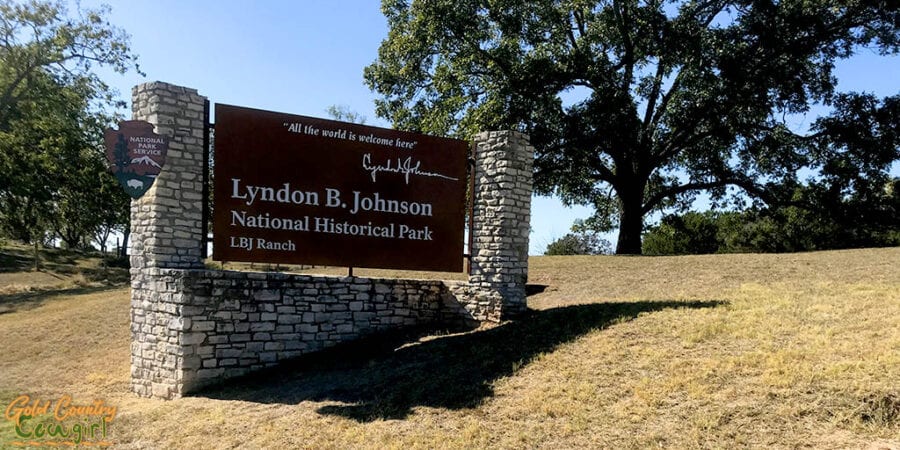 Continue your exploration of the state and national parks with a self-guided driving tour across the Pedernales River into the Lyndon B. Johnson National Historical Park. On your drive, you’ll pass by Lyndon Johnson’s first school, his reconstructed birthplace, the family cemetery where he and Lady Bird are buried, and his grandparents’ farmhouse. 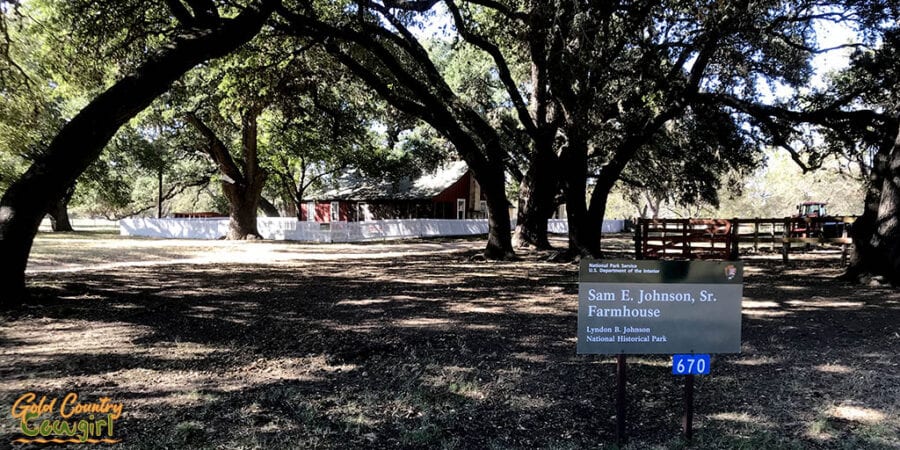 From there, the drive takes you along vast pastures where you’ll see cattle grazing. This is a working cattle ranch that preserves the LBJ line of Hereford cattle. 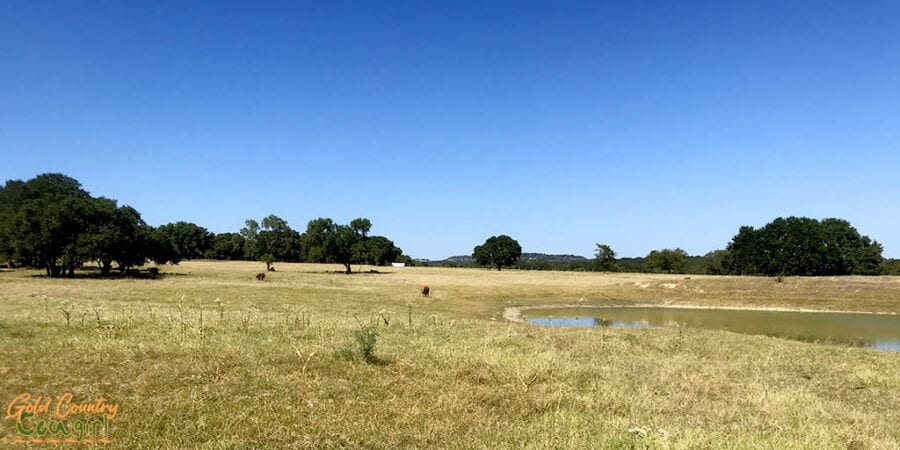 As you reach the end of the park ground and make the turn, the show barn will come into view. Exhibits in the show barn depict ranch life.

Eventually on your drive, an airplane will come into view. This rescued and rehabbed Lockheed JetStar is the airplane LBJ used during his presidency to get him quickly to the ranch. Due to its size, it was dubbed Air Force One-half. 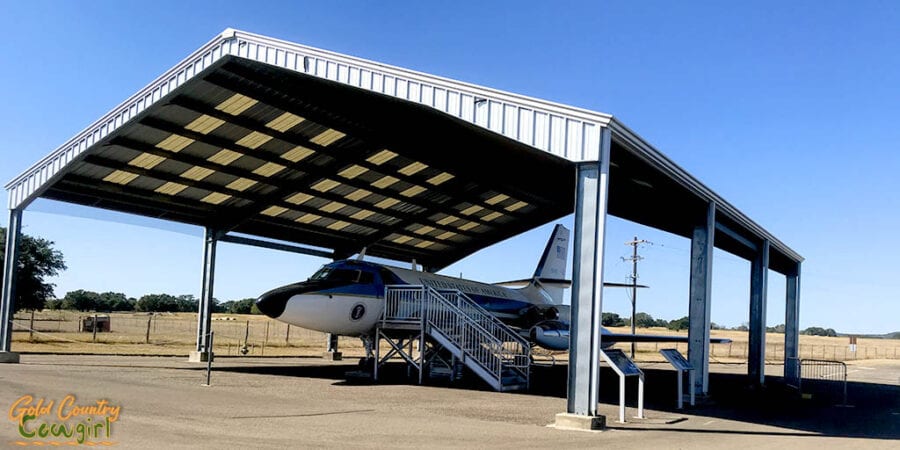 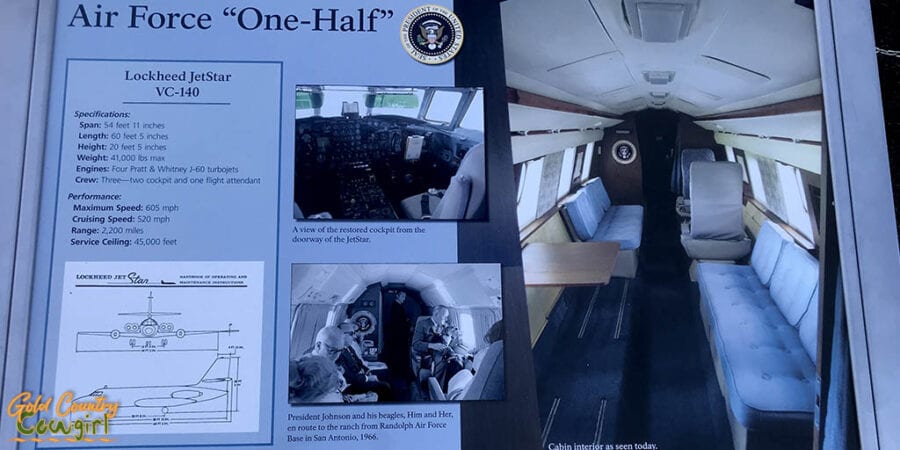 The LBJ Ranch Hangar Visitor Center sits next to the JetStar. The Visitor Center was definitely one of the highlights of the tour because the rangers there were so knowledgeable. One of the most fascinating things I learned was how LBJ communicated with the world while he was working from the ranch. There is a great model of the original stone ranch house here and I loved the stories about how it grew until it became the Texas White House.

One of the most fascinating things was how LBJ communicated with the world while he was working from his Texas ranch. Click To Tweet

The Visitor Center is where you would normally get your free ticket for a tour of the White House portion of the interior of the house. However, the house itself is closed to visitors and has been for some time as it is in need of structural repairs. A ranger still took a small group of us on a walking tour of the grounds that included everything but the interior of the house. 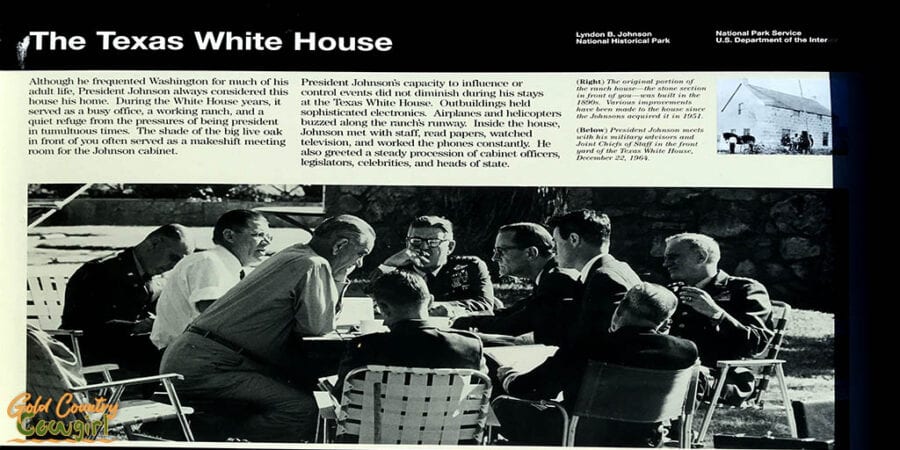 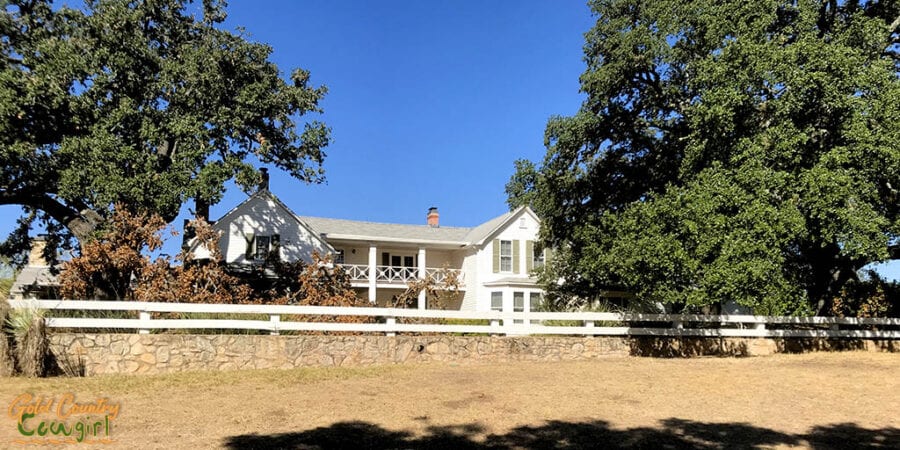 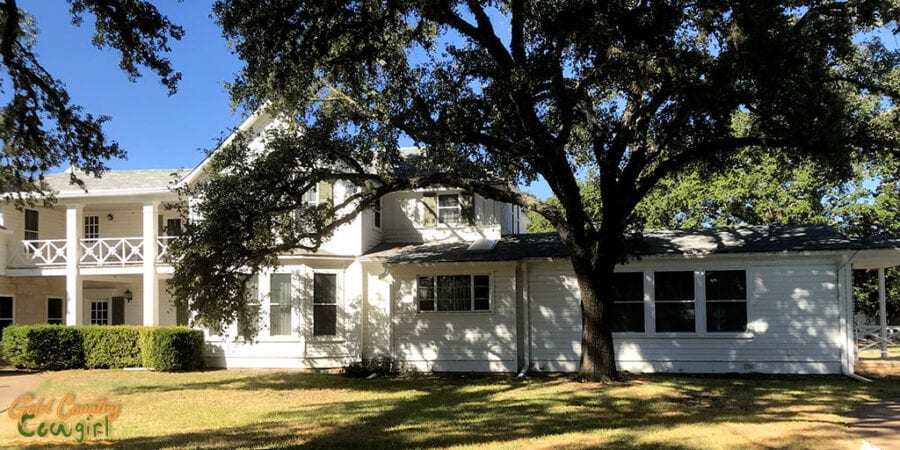 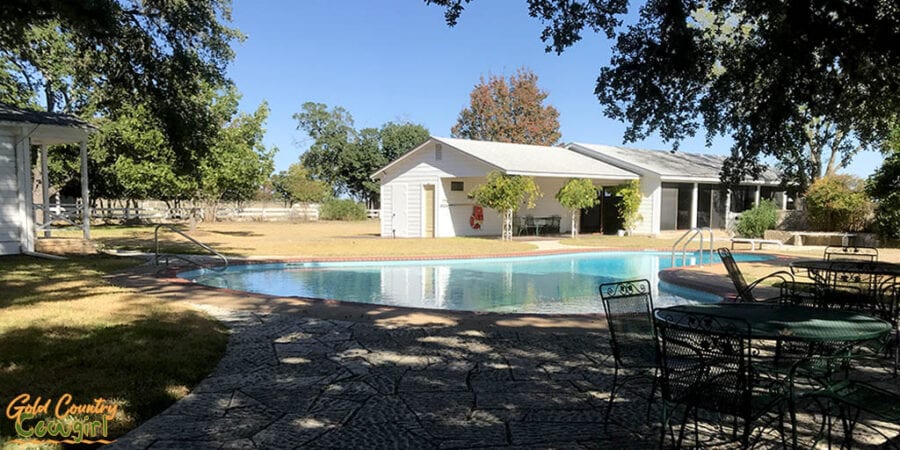 My time at these two parks was way too short and late in the day. It was a spur of the moment decision when I unexpectedly had extra time before an appointment with wine across the highway. Still, I’m glad I stopped in and saw what I did. I will definitely be going back, especially to see the Sauer-Beckmann Living History Farm.

Have you visited the Lyndon B. Johnson State and National Parks? What were your thoughts? 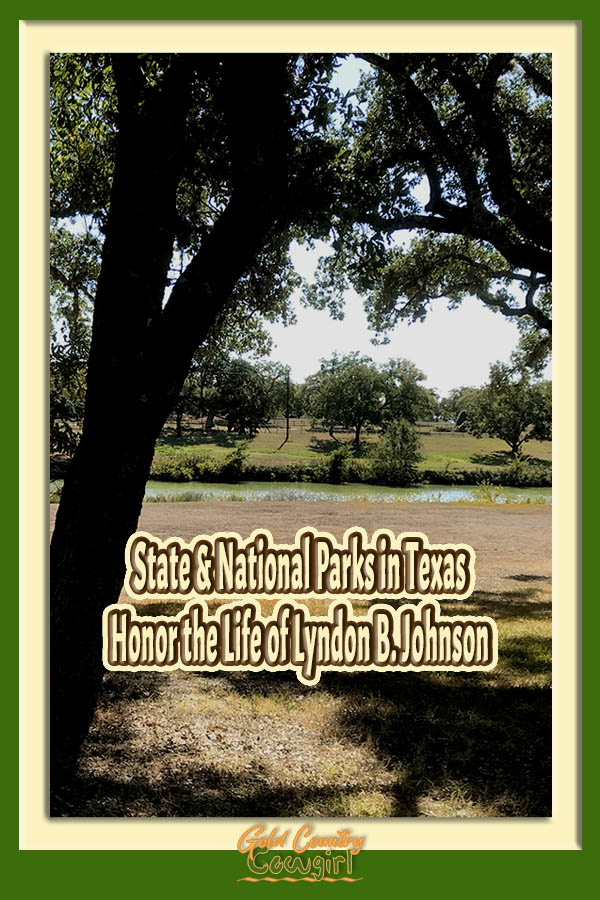 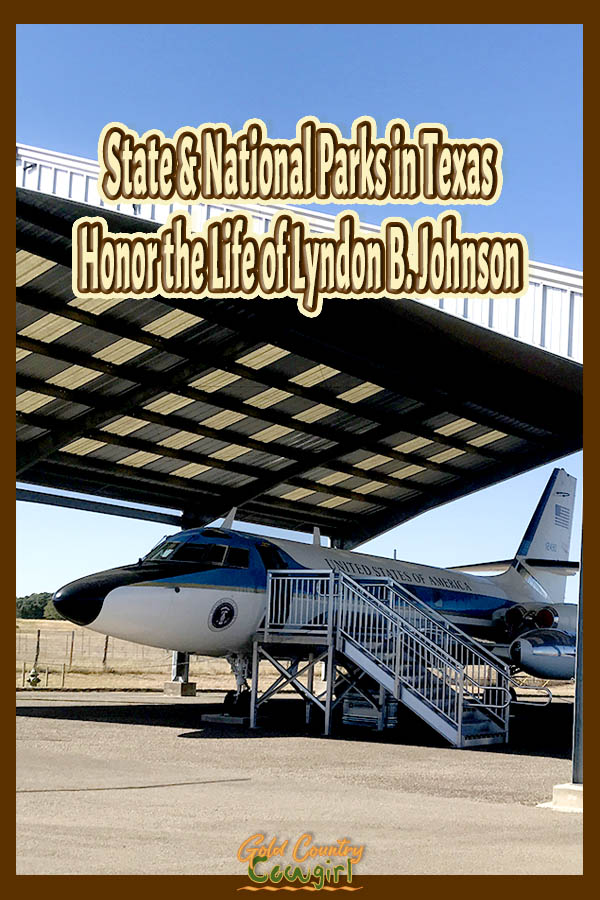