When I moved to southern Texas, I started making a list of things to see and do, starting with the closest places first. When I searched things to do in Harlingen, Texas, the museums of Harlingen came out on top. 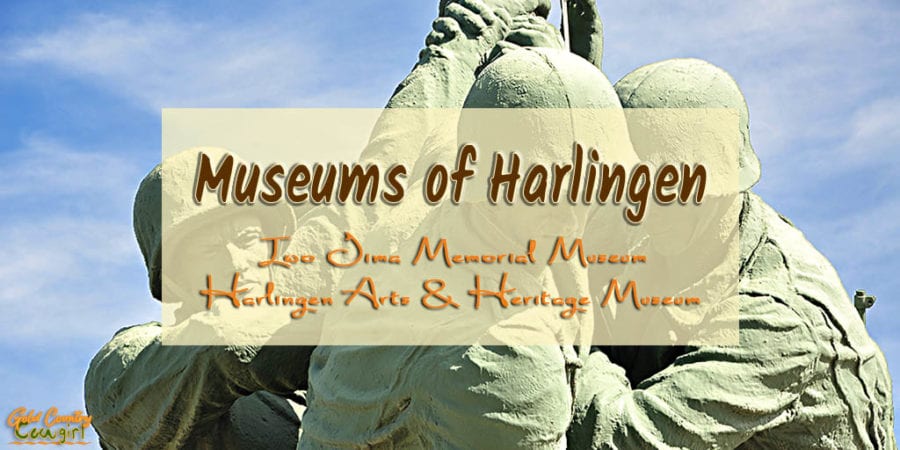 The Iwo Jima Memorial Museum is one of two museums of Harlingen, Texas. As much as I love history, I have to admit that military history is not my thing. In spite of that, I wanted to see what this place was all about and, it turns out, it was pretty interesting. 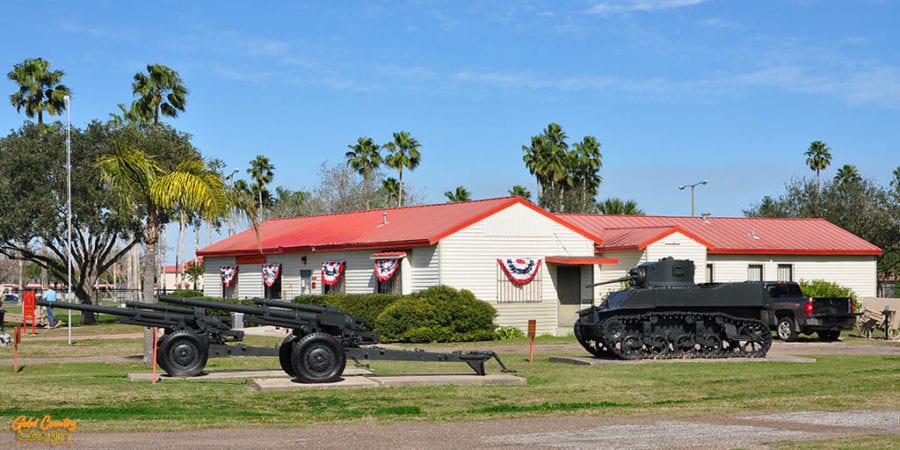 Sure, I’ve seen the famous photo by Joe Rosenthal of the flag raising at Iwo Jima and I’m sure I saw the John Wayne movie, Sands of Iwo Jima, when I was a child. I still didn’t understand the importance of the island during the war and the significance of the Battle of Iwo Jima.

The Iwo Jima Memorial Museum is located at the Marine Military Academy, a private college preparatory boarding school for boys in grades 7-12. The museum has a fairly extensive display of Marine Corps memorabilia, a gift shop and you can view a 32-minute, thoroughly educational documentary. There are friendly volunteers who are eager to talk military with you. Admission is free but donations are always gladly accepted. 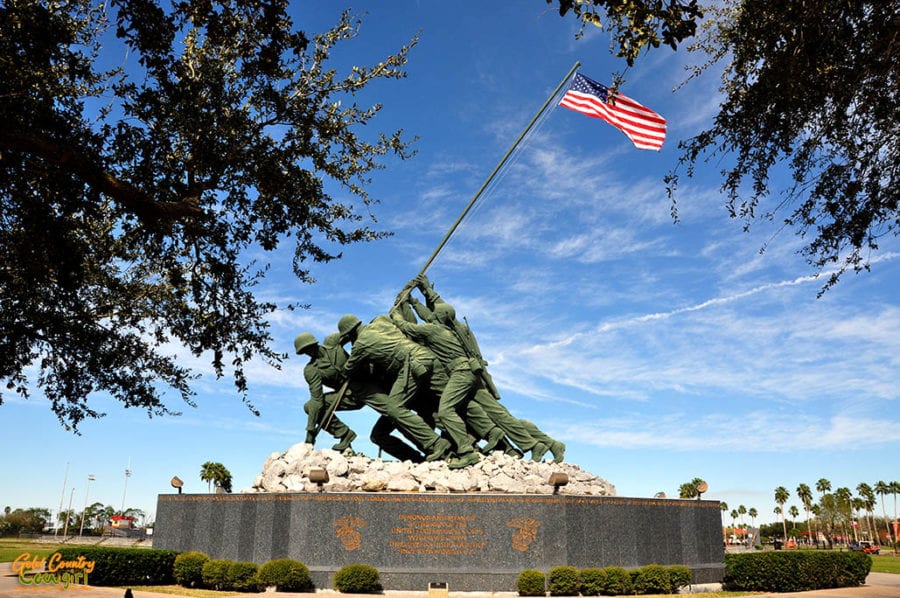 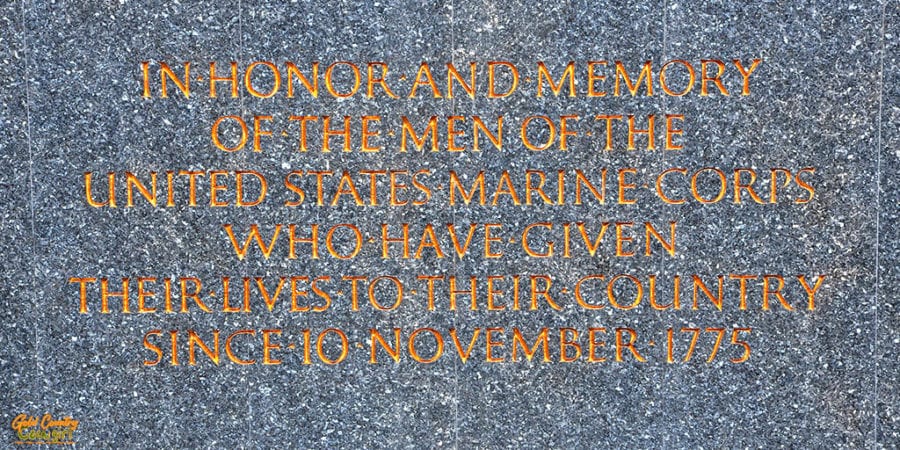 Military strategy boggles my mind and is something I just don’t care to contemplate. What I was very interested in was the local human aspect of the story.

On the 5th day of what ended up being a 36 day battle, the Marines took Mount Suribachi, the highest point on Iwo Jima, and raised a small flag there. Later that afternoon, when the area was cleared of resistance, a larger flag was raised by six Marines. These are the Marines and the flag you see in the Pulitzer Prize winning photograph.

Did you know that the original Iwo Jima #Monument is at the Marine Military Academy in #Harlingen, TX? #travel #ustravel Click To Tweet

The monument at the Marine Military Academy is the “original” Iwo Jima monument. When the sculptor, Dr. Felix W. de Weldon, saw Rosenthal’s photo, he was so moved that he constructed a scale model within 48 hours. After the war, Dr. de Weldon spent 9.5 years creating a model that would depict the inspiring event on a massive scale. 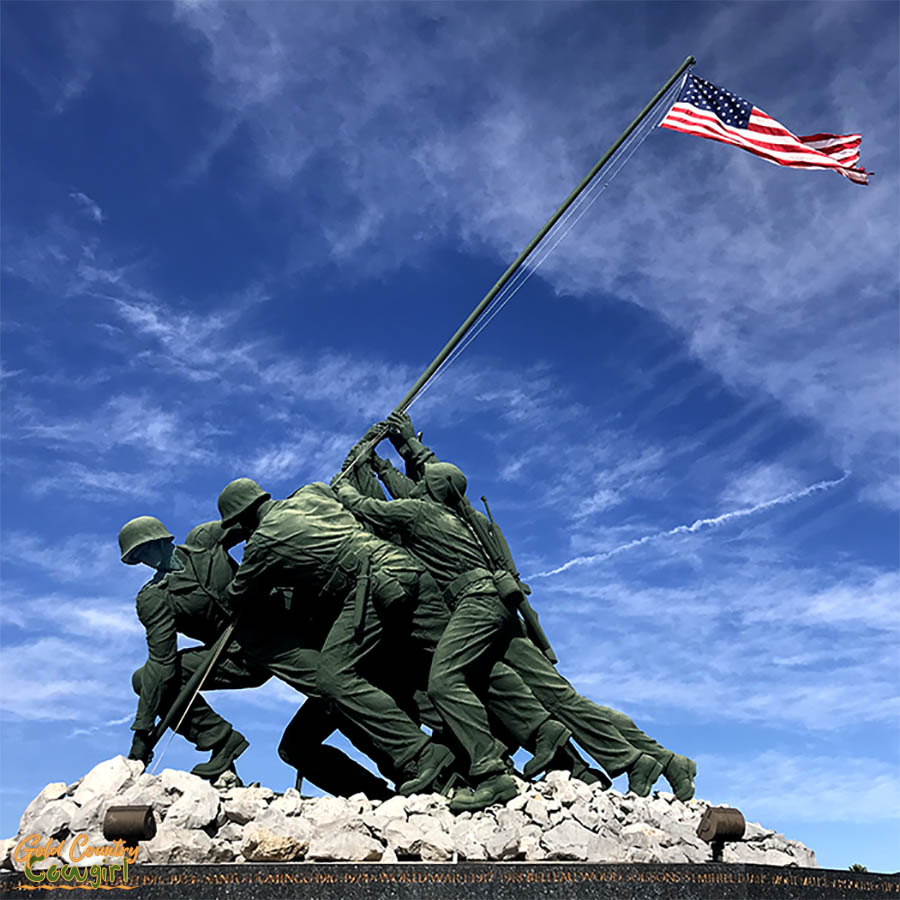 The likenesses of the six marines raising the flag are accurately depicted. Dr. de Weldon used photos and descriptions to mold the faces of the soldiers who lost their lives on Iwo Jima and the three survivors posed for him. 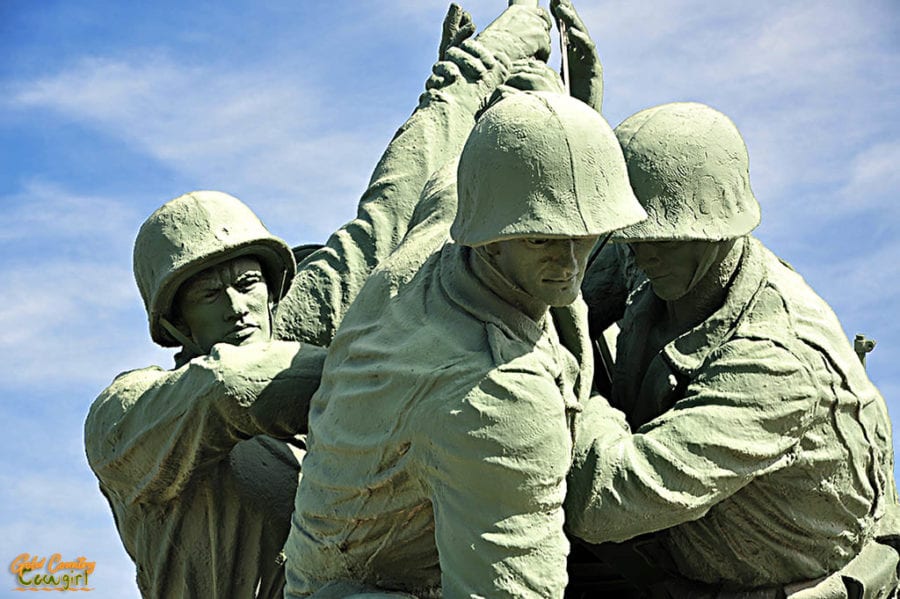 Once the plaster statue was complete, it was disassembled and trucked to Brooklyn, NY, for casting in bronze. That process took three years! The bronze parts were then trucked to Washington DC for installation at Arlington National Cemetery where Dwight D. Eisenhower dedicated it on the 179th anniversary of the Marine Corps on November 10, 1954.

The Original Monument Comes to Harlingen

The working model was moved to Dr. de Weldon’s home in Rhode Island for storage where it remained until 1981 when Dr. de Weldon gifted it to the Marine Military Academy. 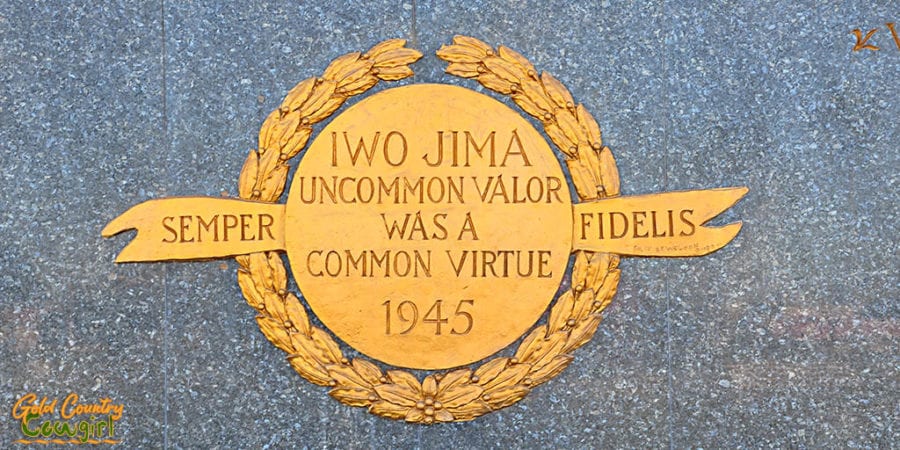 Here are the reasons the MMA was chosen, according to their website: 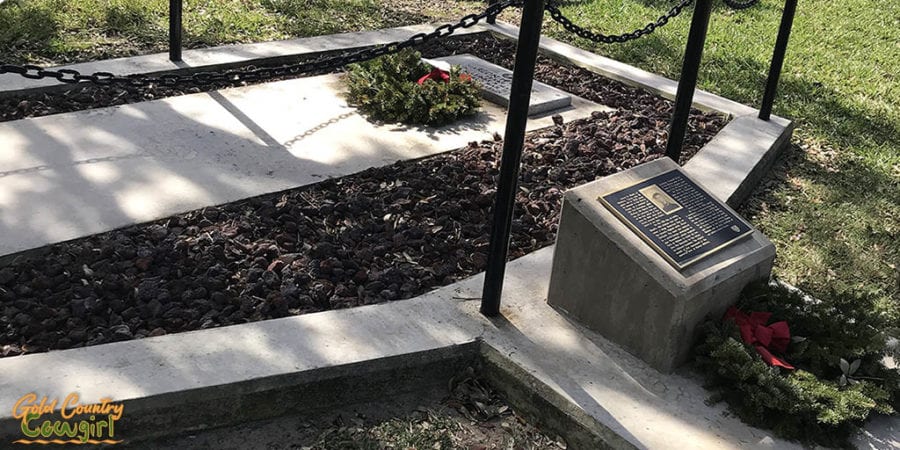 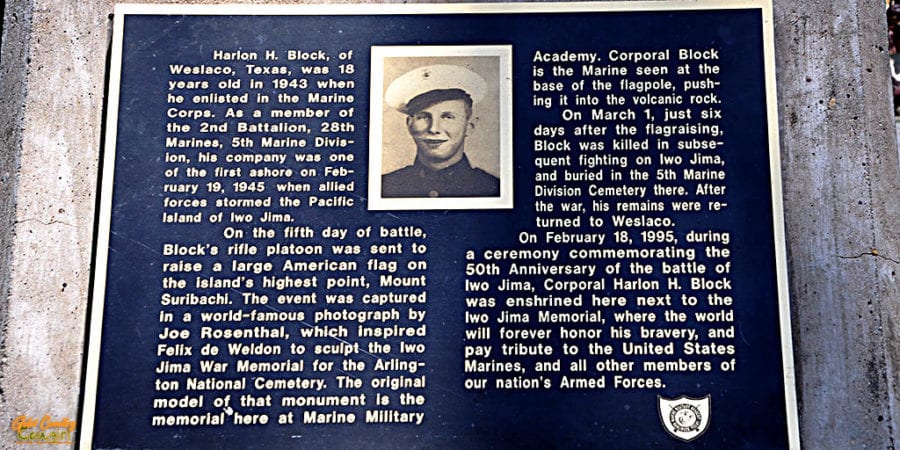 Harlan Block is the Marine at the forefront of the six Marines raising the second flag in the famous photograph. Sadly, just six days later, he was killed in the fighting on Iwo Jima. He was buried there with others from the 5th Marine Division until after the war when his remains were returned to Weslaco. He was buried there until 1995 when he was enshrined next to the monument in Harlingen. Sitting there next to his grave and the monument, thinking of all the brave men and women who have died to preserve our freedom, was quite a humbling experience.

Harlon grew up in Weslaco, just 19 miles from Harlingen. The museum in Weslaco has a Harlon Block exhibit, there is a Harlon Block Memorial at the Texas National Guard Armory, and the Harlon Block Sports Complex was named in his honor. He is featured in the 2006 Steven Spielberg and Clint Eastwood film Flags of Our Fathers. 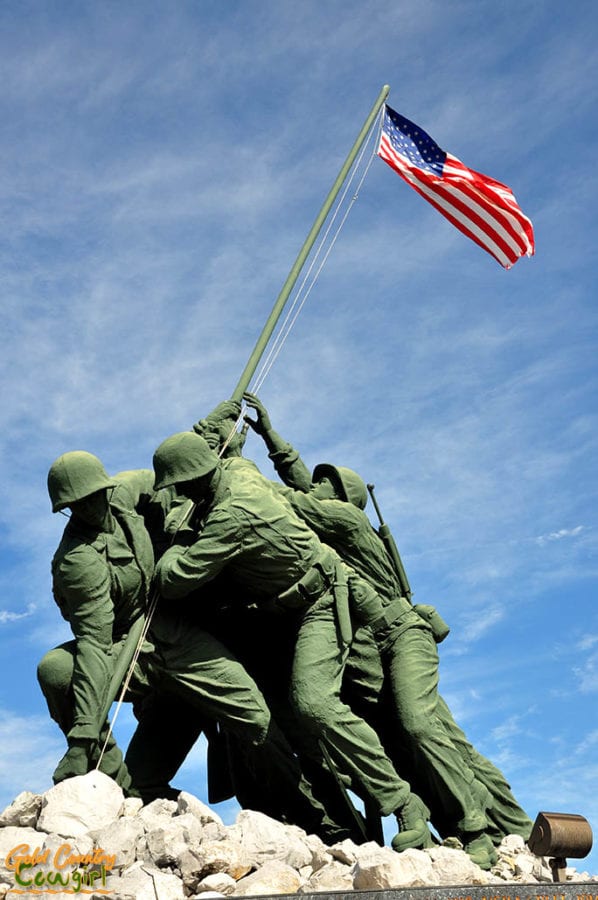 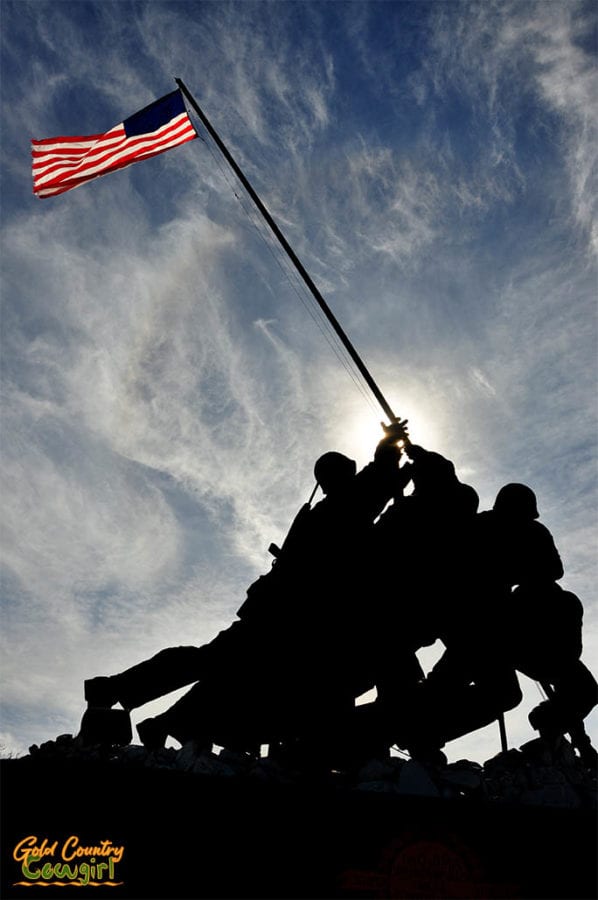 It took the sculptor 9 1/2 years to create this massive working model of the famous photo of the raising of the flag on Iwo Jima in 1945. Once the plaster sculpture was completed, it was disassembled and trucked to Brooklyn, New York, where it was cast in bronze. In 1954, Dwight Eisenhower dedicated the bronze memorial in Washington DC. The sculptor gifted the original to the Marine Military Academy in Harlingen, Texas, in 1981. Do you know why it came to Harlingen? @mmaharlingen #iwojimamemorial #iwojimamonument #marinemilitaryacademy #flagraising #joerosenthal #pulitzerprize #americanflag #iwojima #harlingen #harlingentx #militaryhistory #travelblogging #travelbloggerlife #GoldCountryCowgirl

I’m glad I visited here. I loved the story of this hometown Marine and thoroughly enjoyed photographing the monument. I was grateful for a gorgeous day among many days of clouds, rain and drizzle. 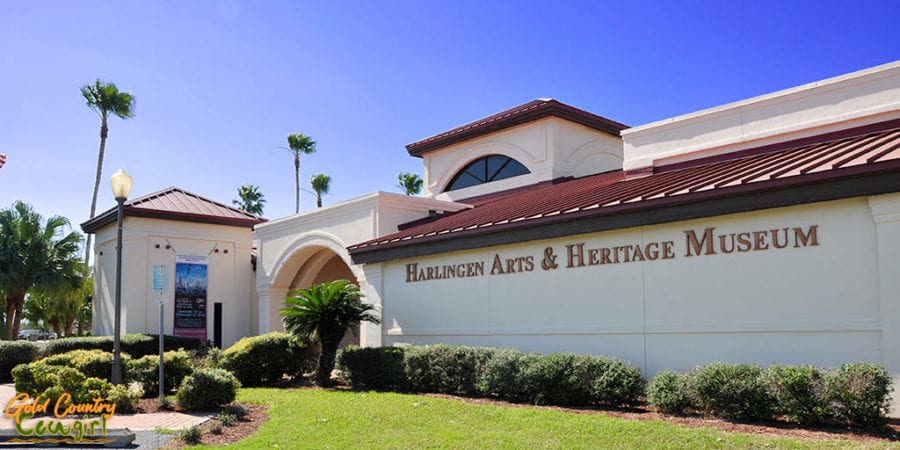 The second of the two museums of Harlingen, the Harlingen Arts & Heritage Museum, consists of five buildings. The main building houses rotating art and cultural displays. There is downtime between exhibits so be sure to check the schedule. On my second visit, I saw an amazing display of quilts that were definitely works of art. I can’t imagine how many hours went into making one of them. 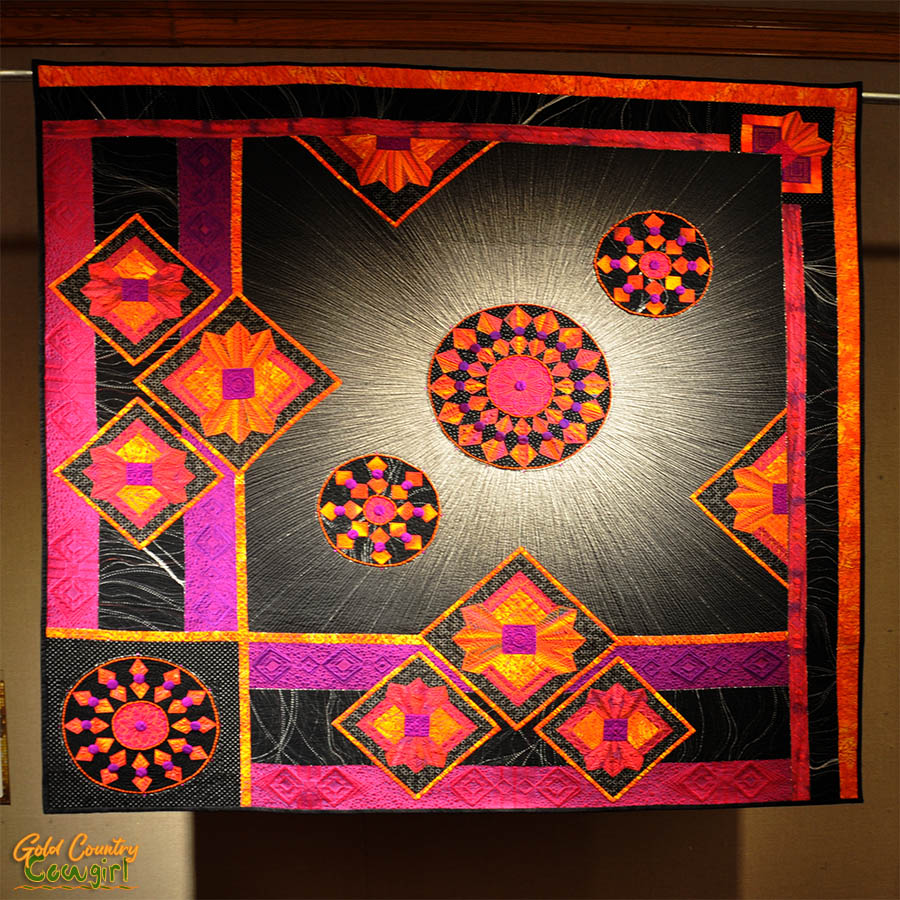 The grounds house three preserved buildings for you to explore. The first is the home of Harlingen’s founder, Lon C. Hill, built in 1904. 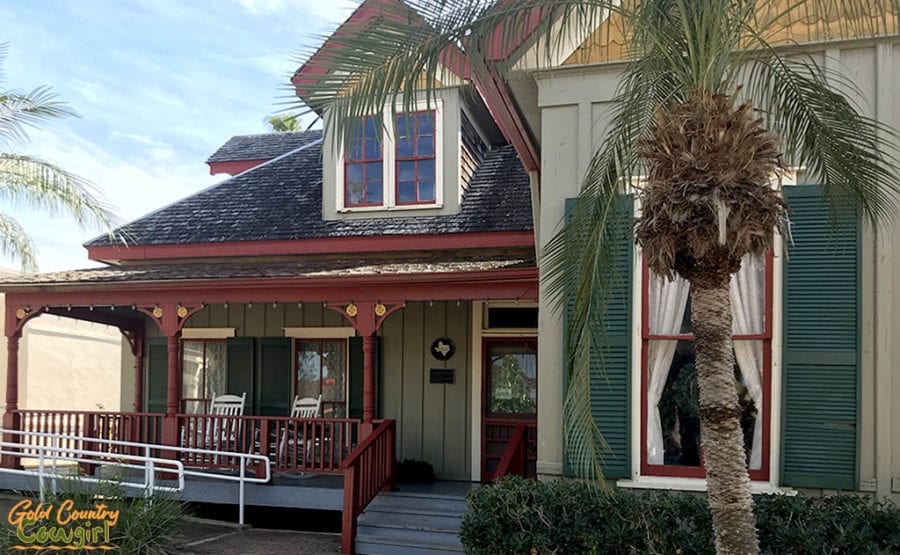 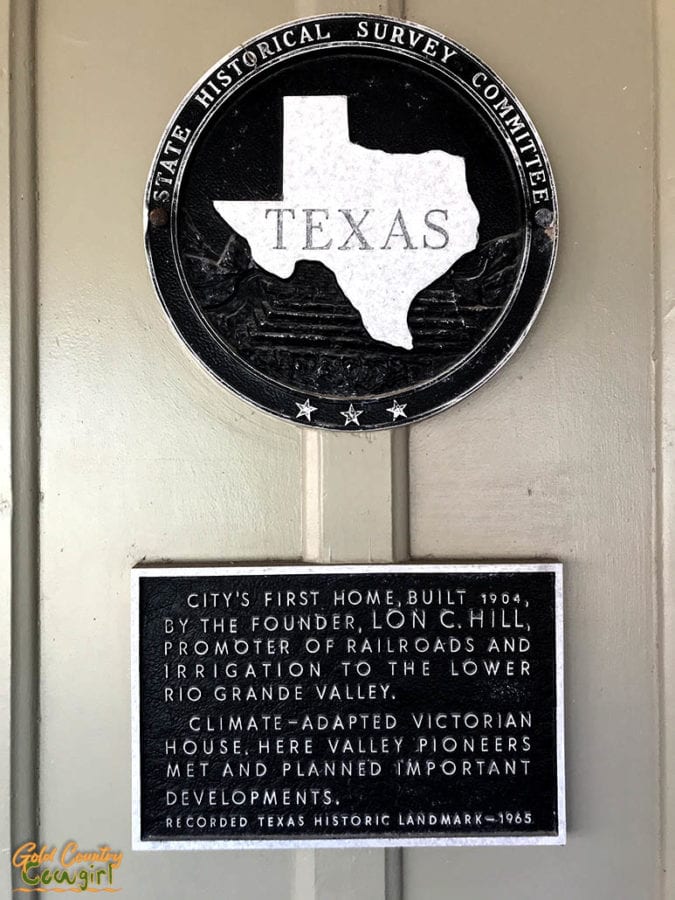 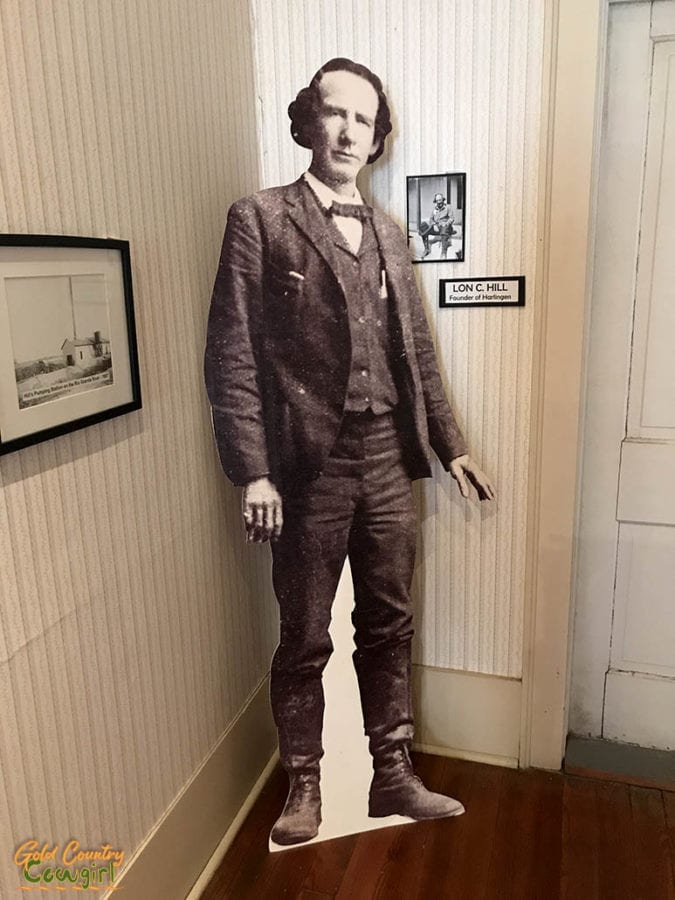 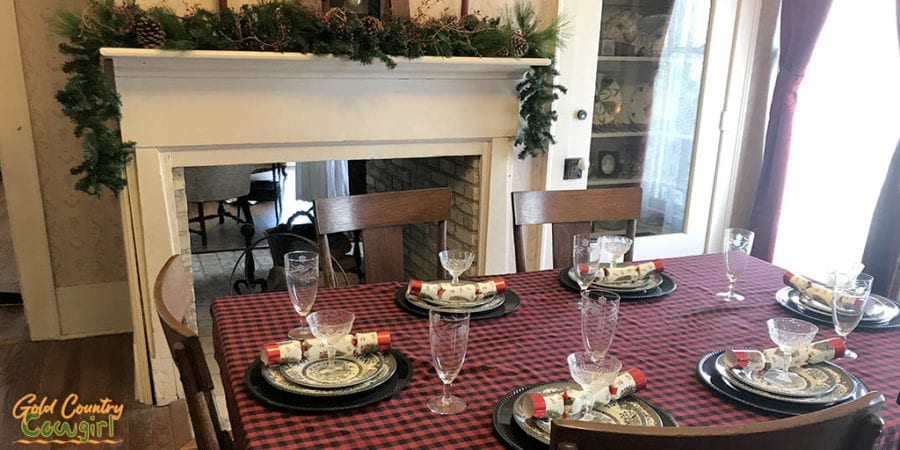 A business woman, Ida Gilbert, and a nurse, Marie Yeager, built the first hospital in Harlingen in 1923. The 7-bed facility closed four years later, after the opening of the Baptist hospital. 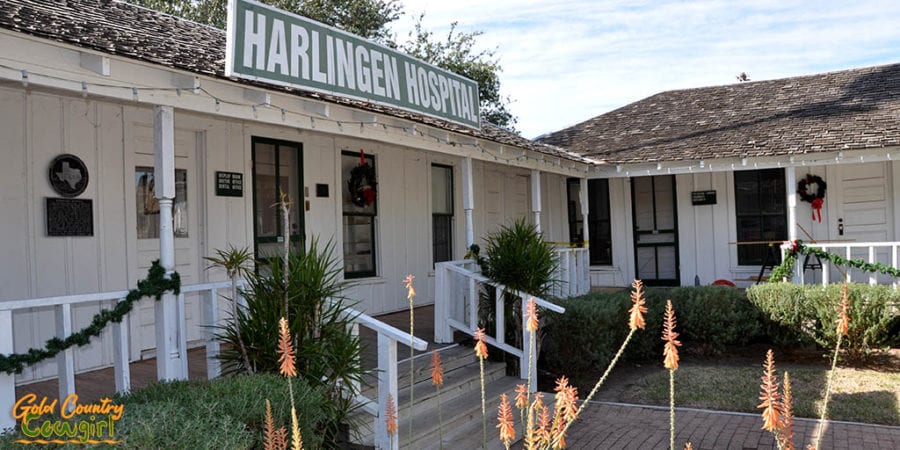 Today you can see displays of a typical doctor and dentist office as well as an operating room and a hospital room. 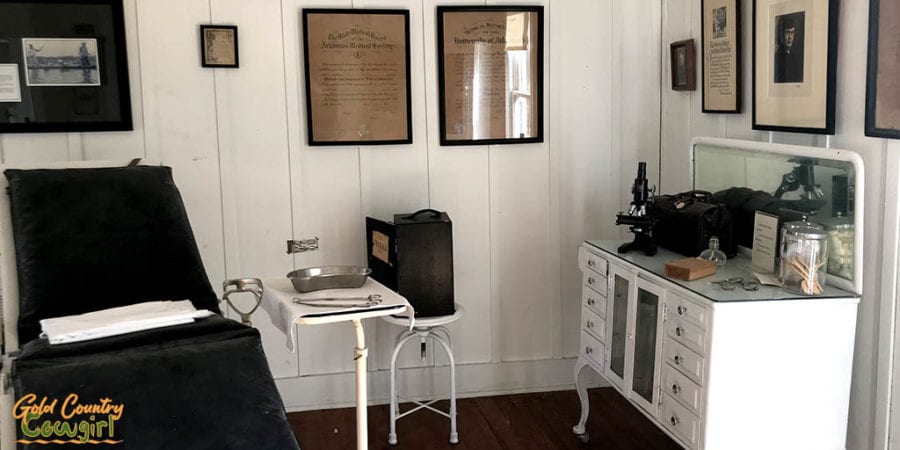 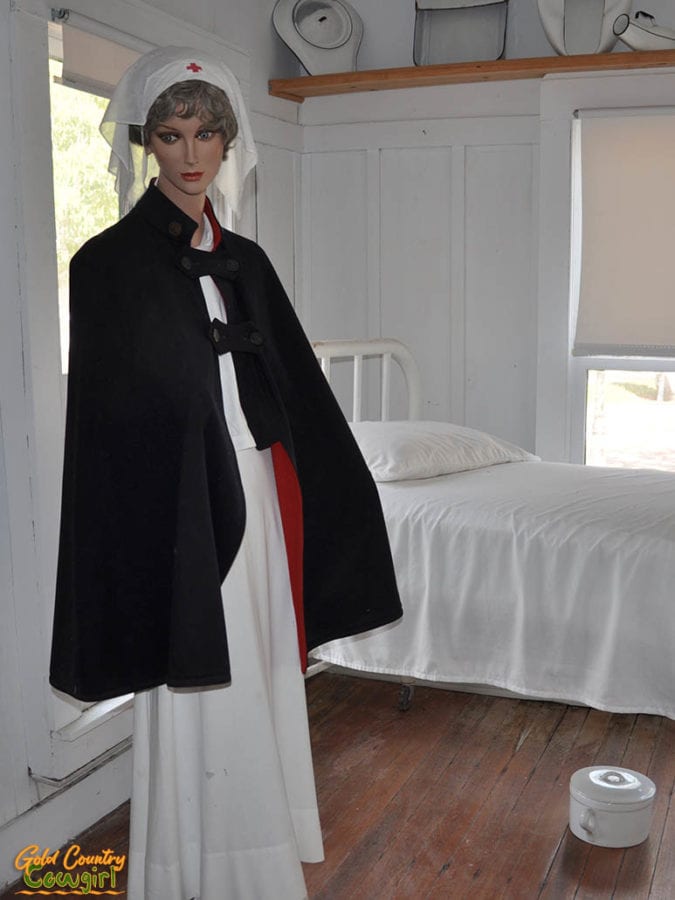 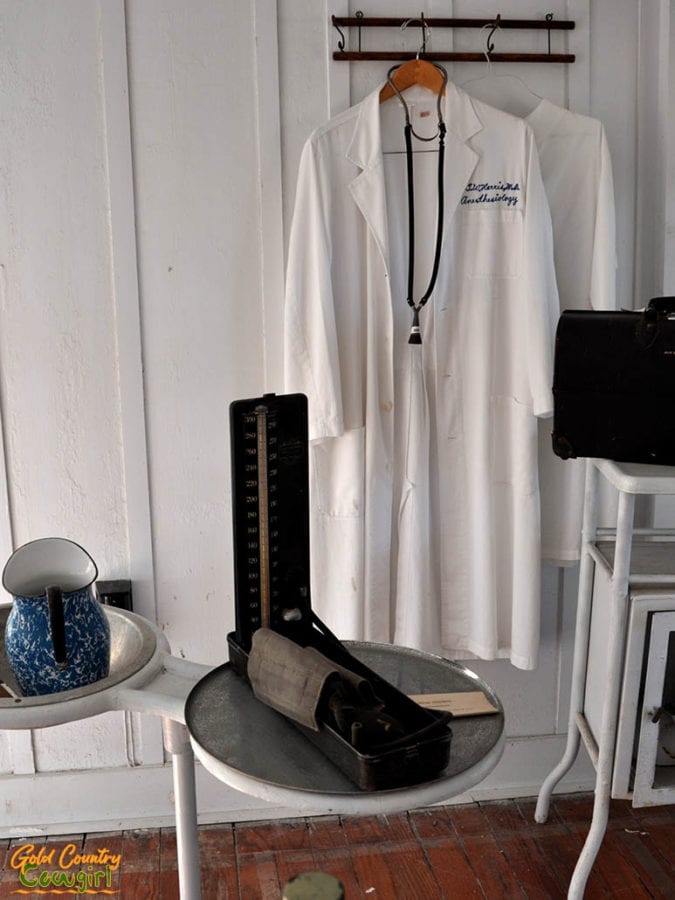 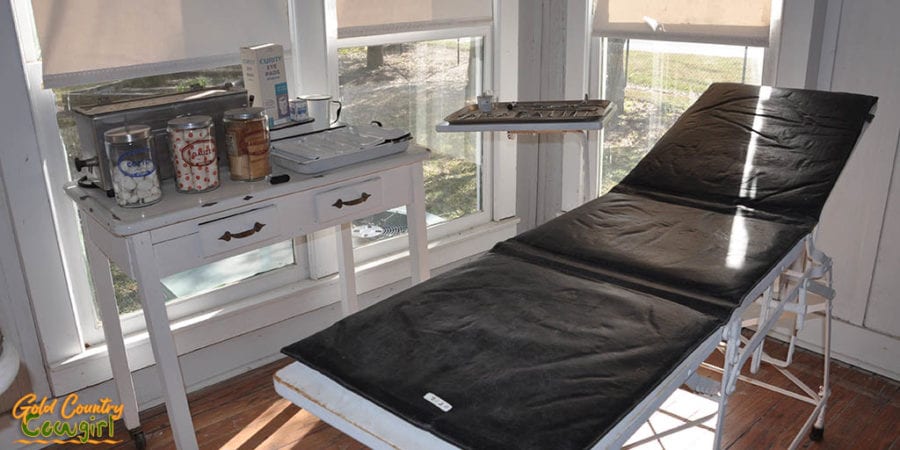 The Stagecoach Inn gives you a glimpse into what everyday life might have been like at the turn of the 20th century. I especially loved all the old kitchen utensils! In fact, I was so enthralled with trying to figure out what some of them were that I forgot to photograph them. 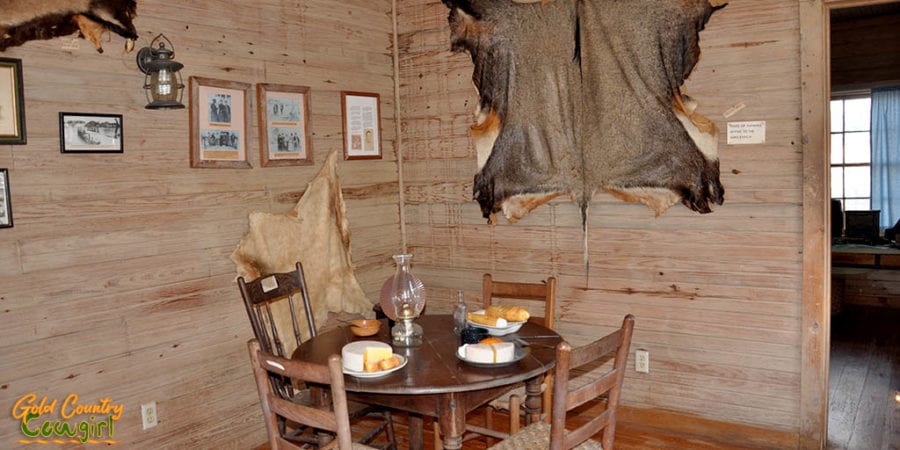 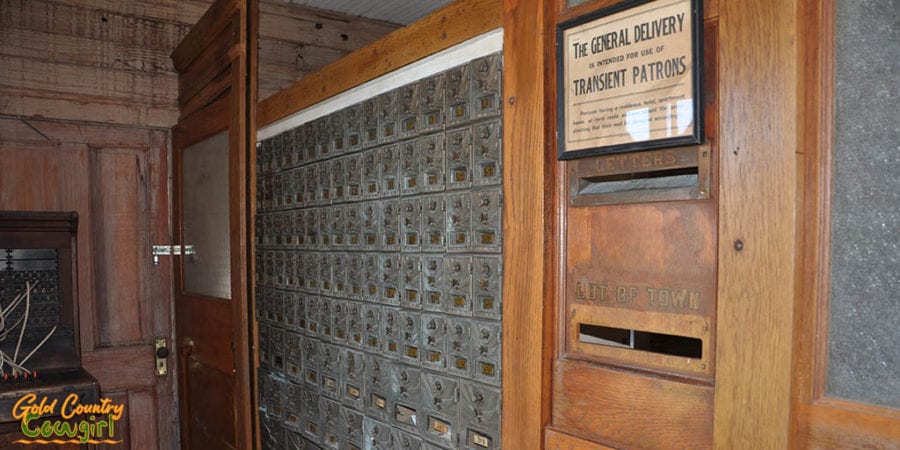 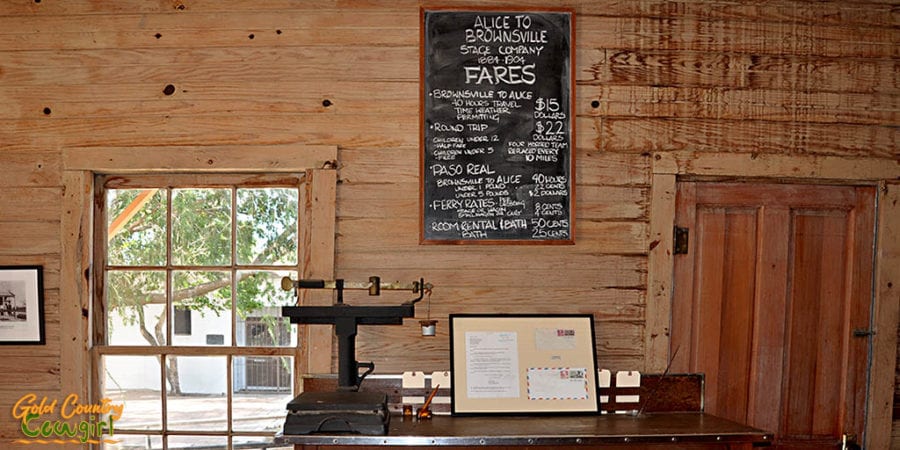 The fifth building on the grounds is the History Museum which is a permanent display of historical artifacts. This building is temporarily closed for major renovations. They hope to have it open by summer but definitely by the end of the year.

Both of these museums of Harlingen are definitely worth a visit. Neither one takes a long time, unless you really want it to, so you can easily visit both in one day. They are very close to one another. 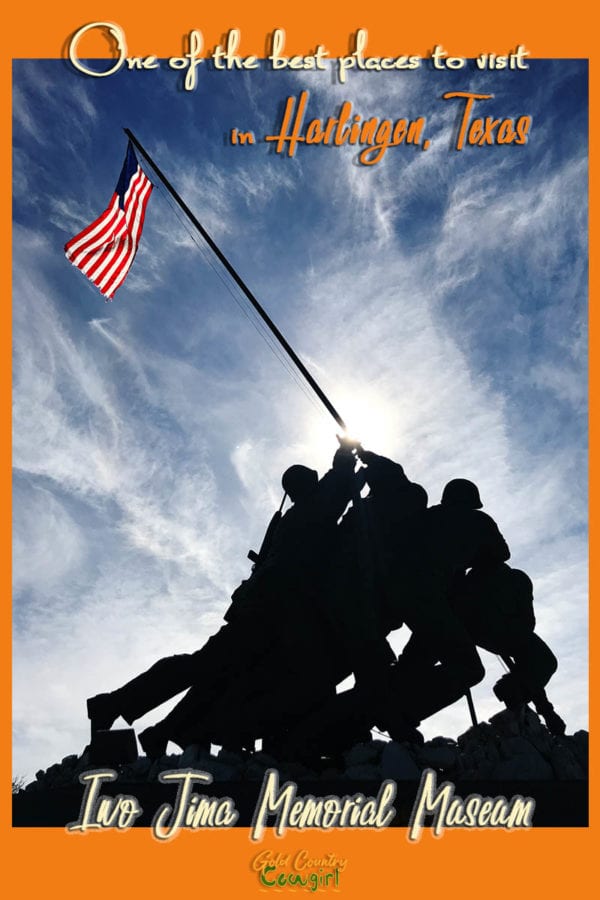 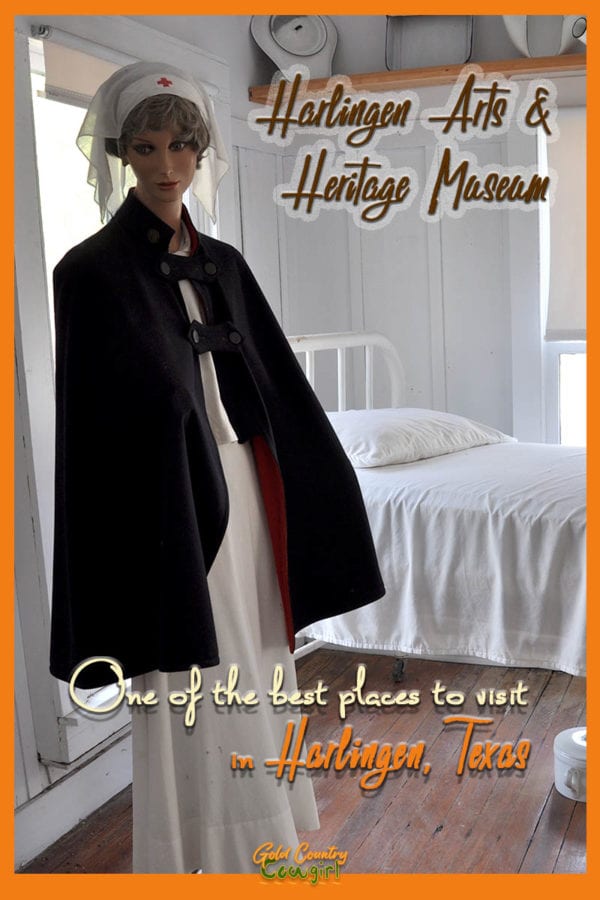