Tower of the Americas – Amazing Views

When I visited San Antonio in 2018, I didn’t do a whole lot of research before I arrived. As a result, I didn’t really know what I wanted to see and do there other than The Alamo and the River Walk. As I rode around on the hop-on hop-off bus, I learned about so many more things to see in downtown, including Tower of the Americas. 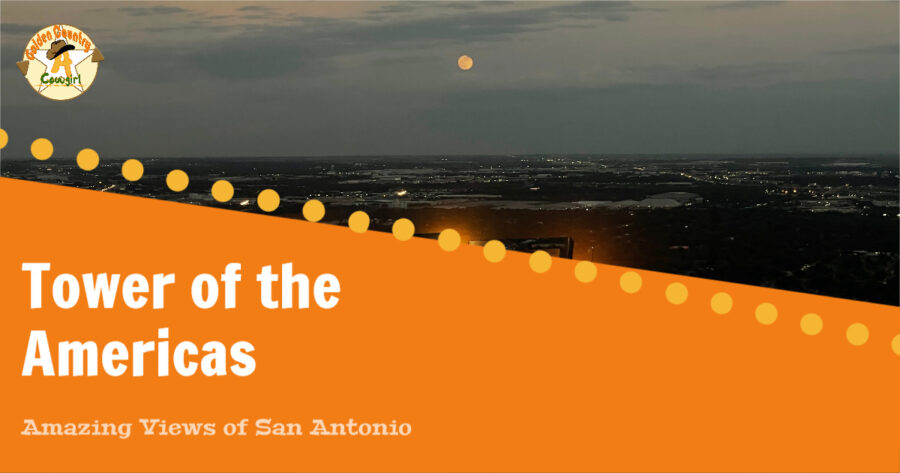 Tower of the Americas Fun Facts

At 750 feet tall, Tower of the Americas is the tallest observation tower in Texas. Click To Tweet

The Grounds of Tower of the Americas

I spent a lot of time walking around the grounds and taking photos. The landscaping is lush with lots of waterfalls and other water features. It’s a beautiful and peaceful place just to sit and enjoy the outdoors. 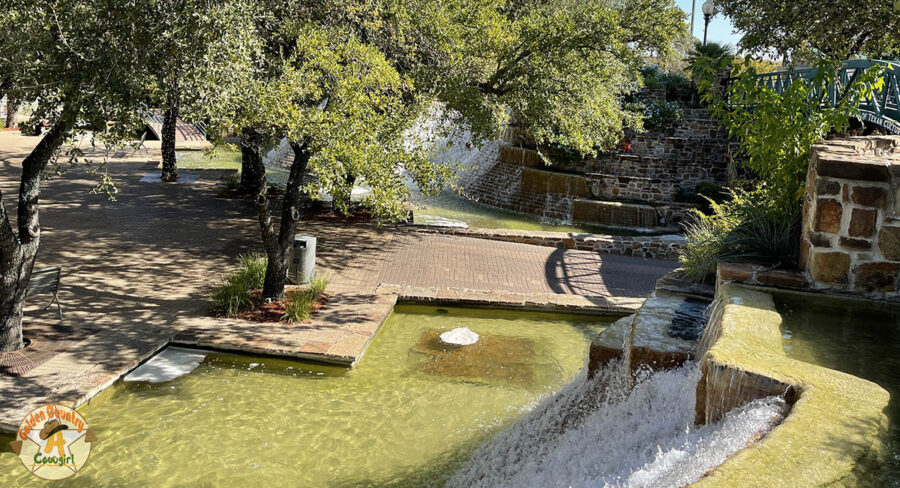 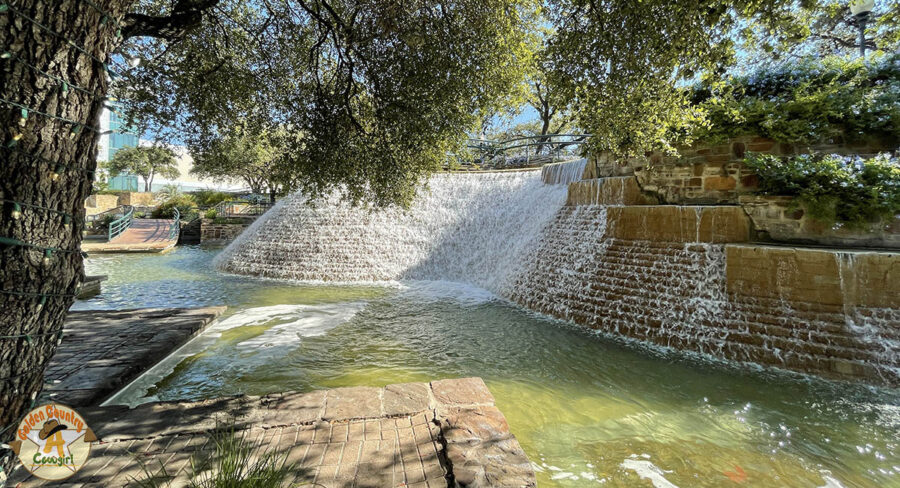 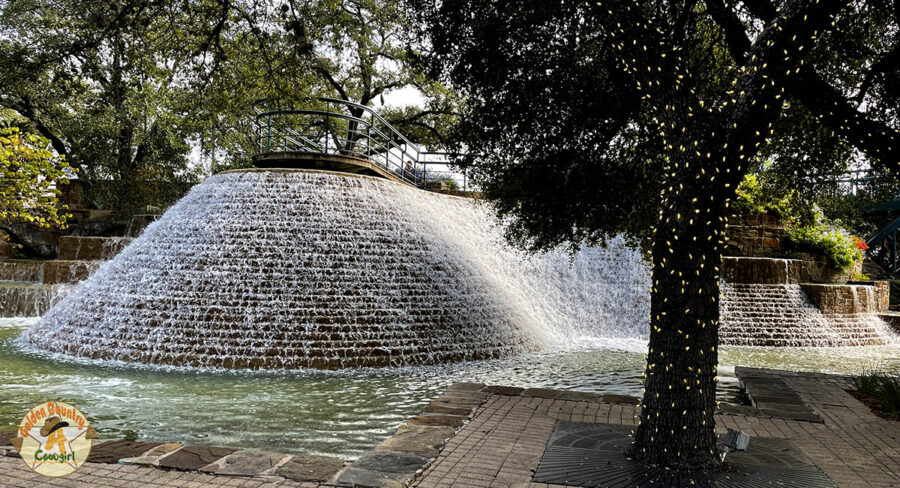 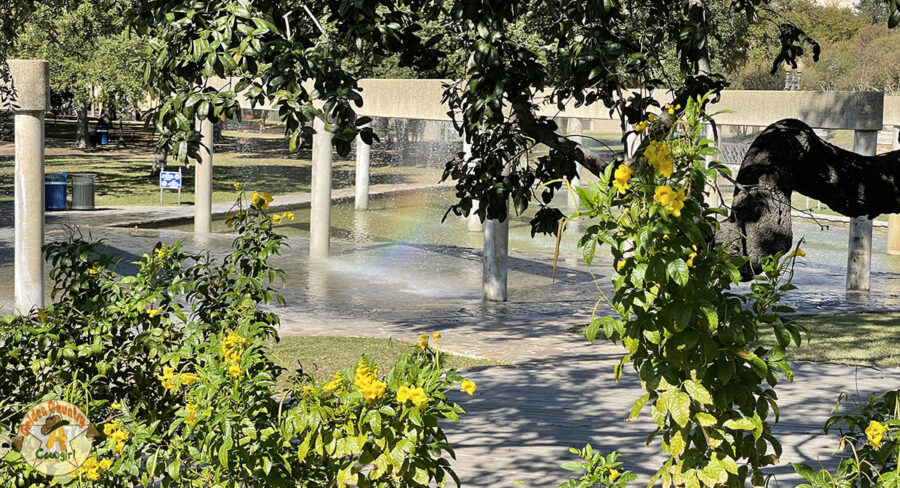 Take the elevator to the top! From the observation deck you’ll see amazing views of San Antonio. Even on a cloudy day, as it was when I was there, the panoramic vista will be more than impressive. The internal observation deck has photos on the floor to help you identify landmarks. Displays on the wall tell the story of the six flags that have flown over Texas. 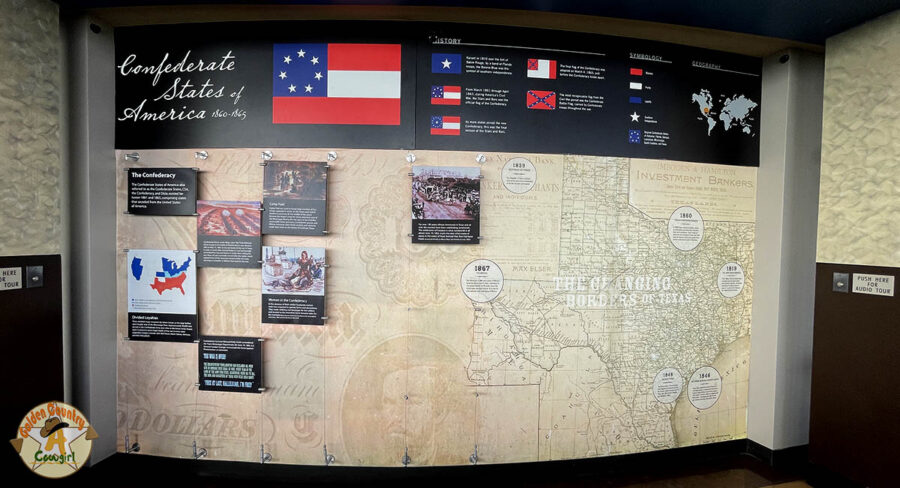 At least on the day I was there, it was quite windy and chilly on the external deck. Girls were videoing themselves with their hair whipping wildly around. I ventured out for a short time but preferred to enjoy the view from the internal deck. 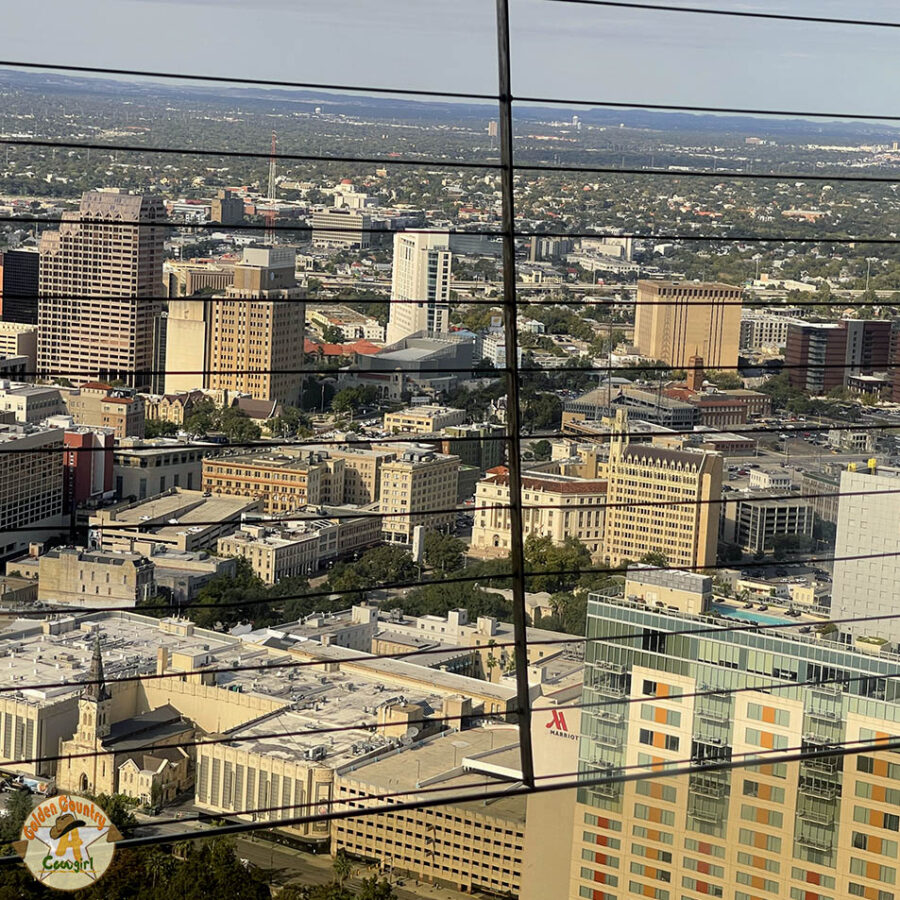 4D Theater at Tower of the Americas

Since I had never heard of 4D before, I wasn’t sure what to expect from this experience. In case you haven’t either, in addition to the 3D effect on the screen, there are other sensations going on. At one point, you could feel the wind. Other times you felt the bump of a bucking bull or being tackled in a football game.

There are currently three films that show in the theater. I watched Skies Over Texas. The two other films are Rio, about what happens when the last blue macaws are captured, and Ice Age: Dawn of the Dinosaurs, about humans and abandoned dinosaur eggs.

In retrospect, I’m disappointed that I didn’t watch the other two films. I think I was distracted by wanting to get to the bar and rotating restaurant even though it was no where near my reservation time.

You have to buy a ticket for the observations decks and the 4D Theater. However, if you just want a drink or dinner with a view, no ticket is required.

I spent a very pleasant couple of hours in Bar 601 sipping on a pomegranate martini. They had several tempting specialty drinks but I opted to stay with what I know. I picked a seat with a great view of downtown and I could look down on the restaurant below as it slowly rotated. The atmosphere was upbeat and the service was excellent. 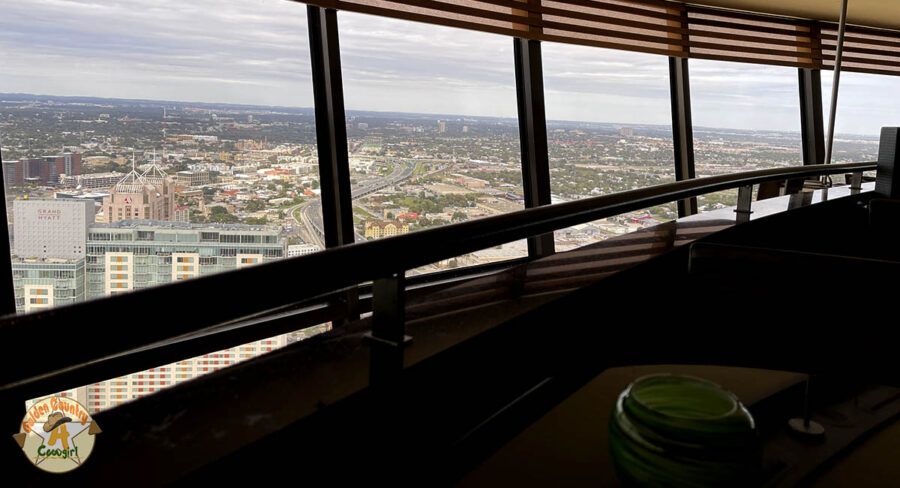 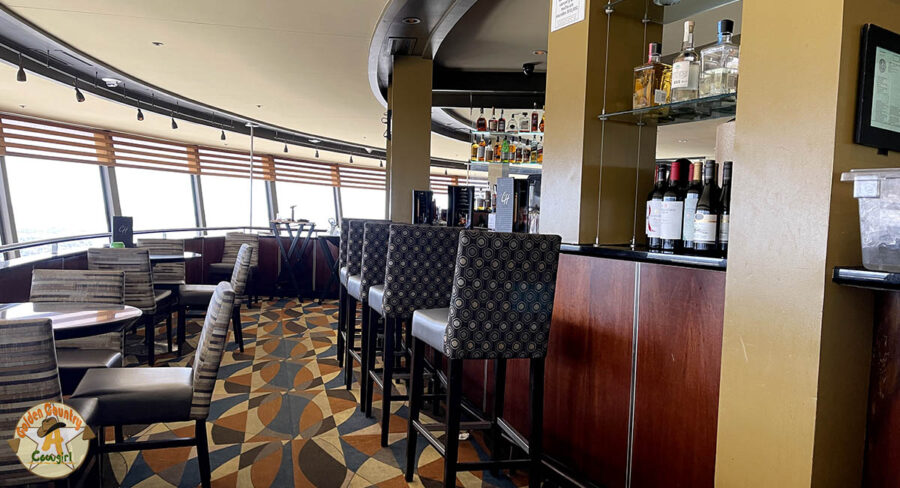 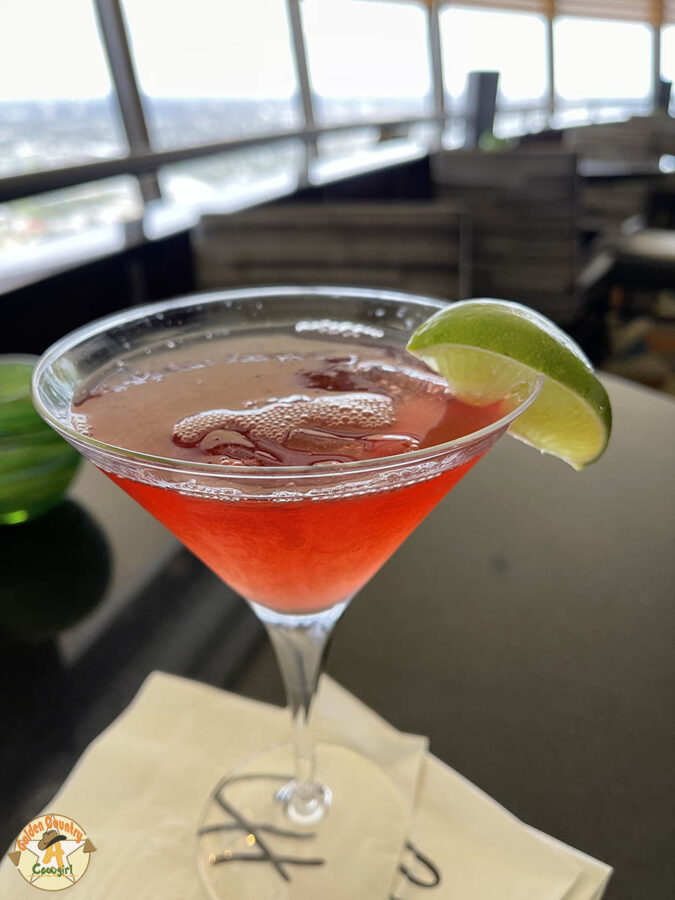 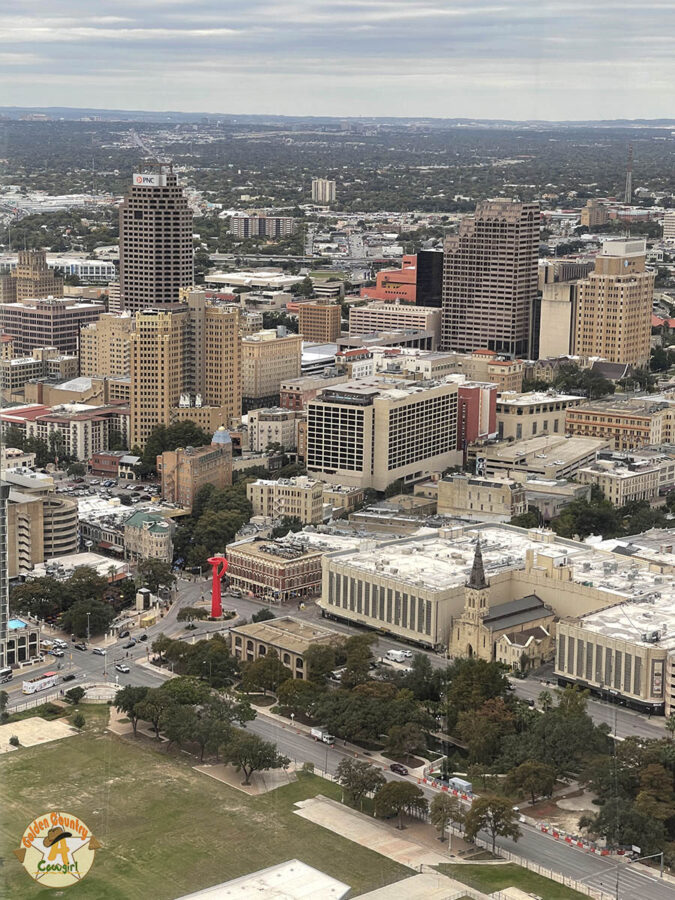 The restaurant at the top of the tower is a Chart House, part of Landry’s Restaurants. It has been a long time but I have dined at several Chart House restaurants.They have 26 locations across the country and have a good reputation. I was looking forward to a stellar evening with delicious food and an incomparable view of San Antonio.

I was looking forward to a stellar evening with delicious food and an incomparable view of San Antonio. Click To Tweet

My service was excellent when I first arrived but deteriorated over the evening. The most disappointing thing was that my food was not hot. I wouldn’t even call it lukewarm. My server offered to take it back but, by that time, I knew I would be taking most of it home so I declined her offer. Just to be clear, the food was very tasty, just not to my liking temperature wise. Even my molten dessert was barely warm. I had to wait an extra 30 minutes for it even though I ordered it when I ordered dinner, as recommended by my server. 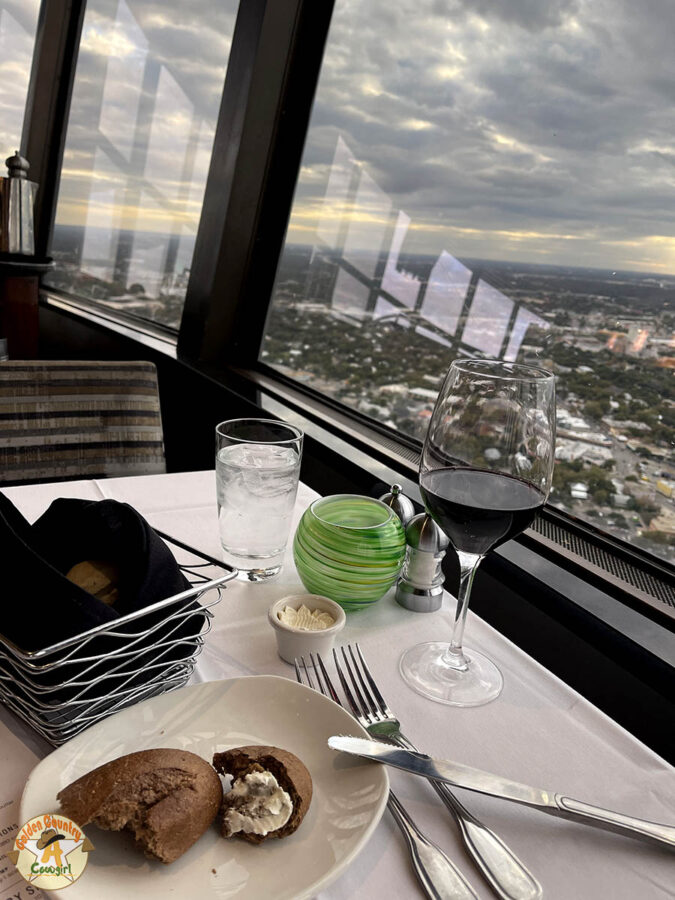 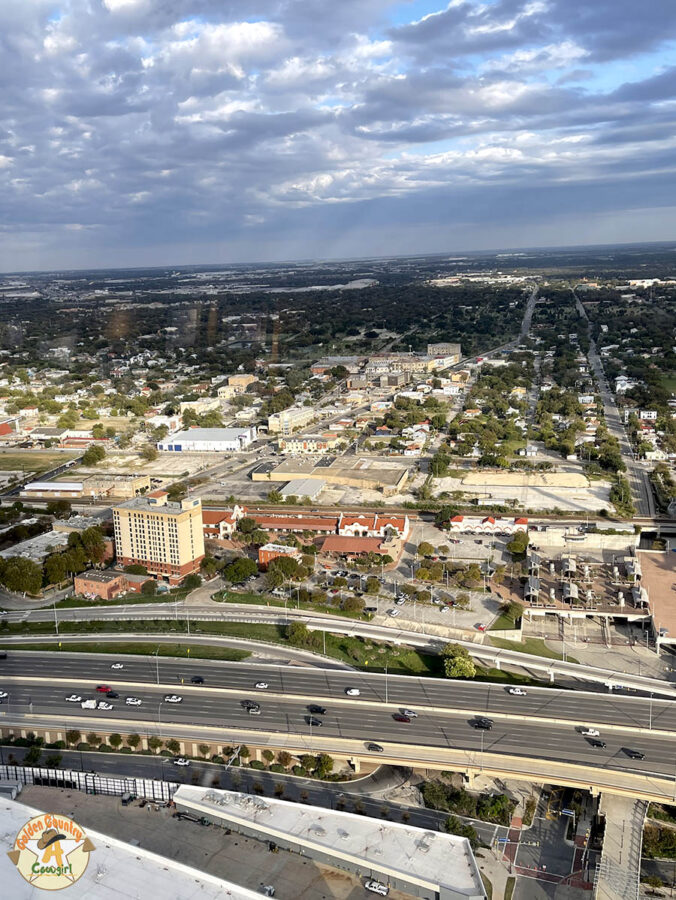 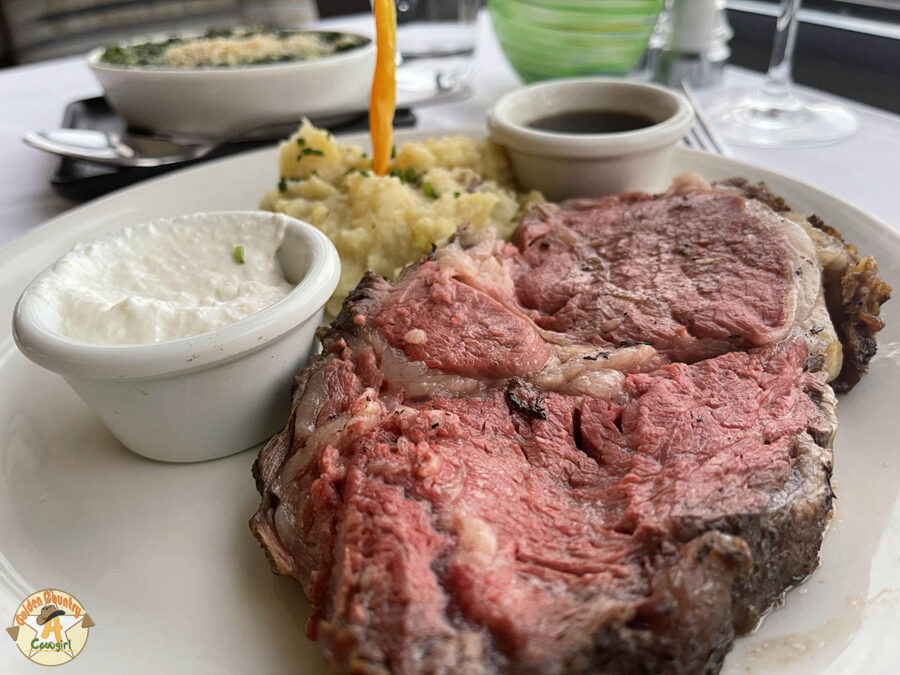 The evening at Chart House could have been truly dissatisfying if it weren’t for the view. I was there from late afternoon, through sunset, and into darkness with the lights coming to life. I was just mesmerized watching the changing city go by. 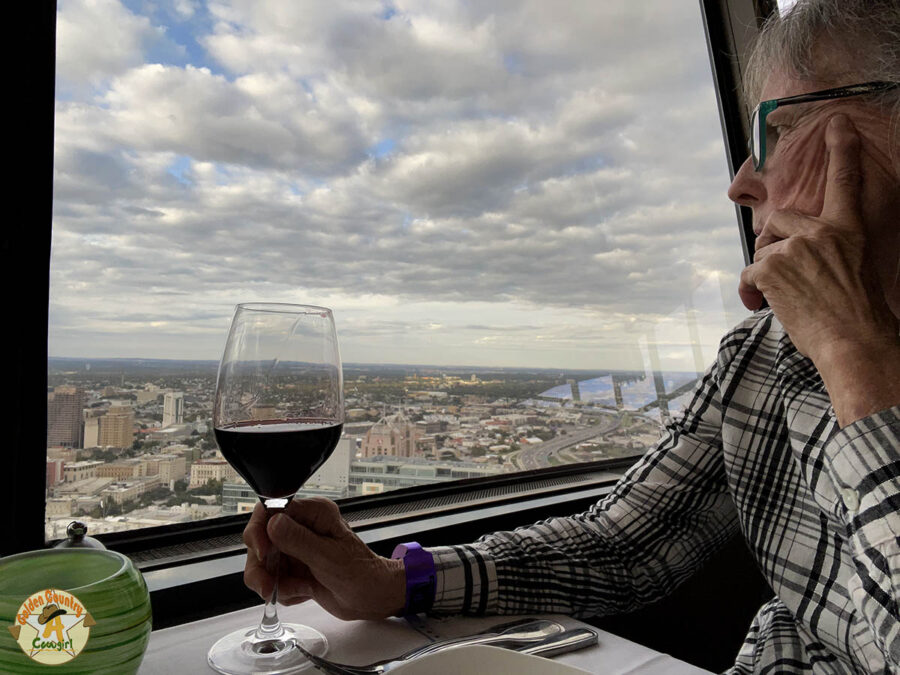 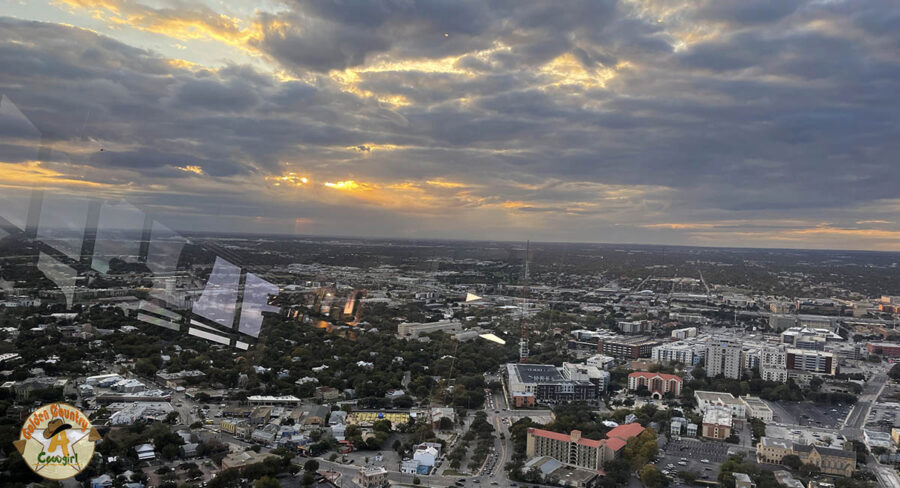 If you are just looking for drinks and a snack rather than a complete meal, check out the Tower Cafe. There’s one on the ground floor and apparently one on the observation deck but I didn’t see it.

Tower of the Americas Details

Prices do not include tax
Ticket includes unlimited access to Observation Deck, Flags Over Texas & the 4D Theater Ride!

In conclusion, I think a trip to Tower of the Americas is definitely worth adding to your list of things to do in San Antonio. The views alone are worth the visit.

A trip to Tower of the Americas is definitely worth adding to your list of things to do in San Antonio. The views alone are worth the visit. Click To Tweet 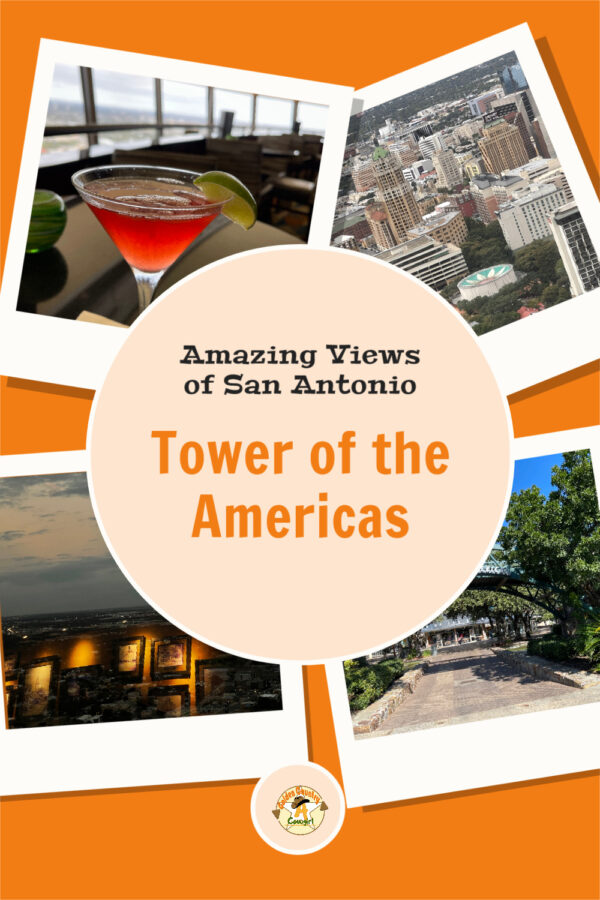 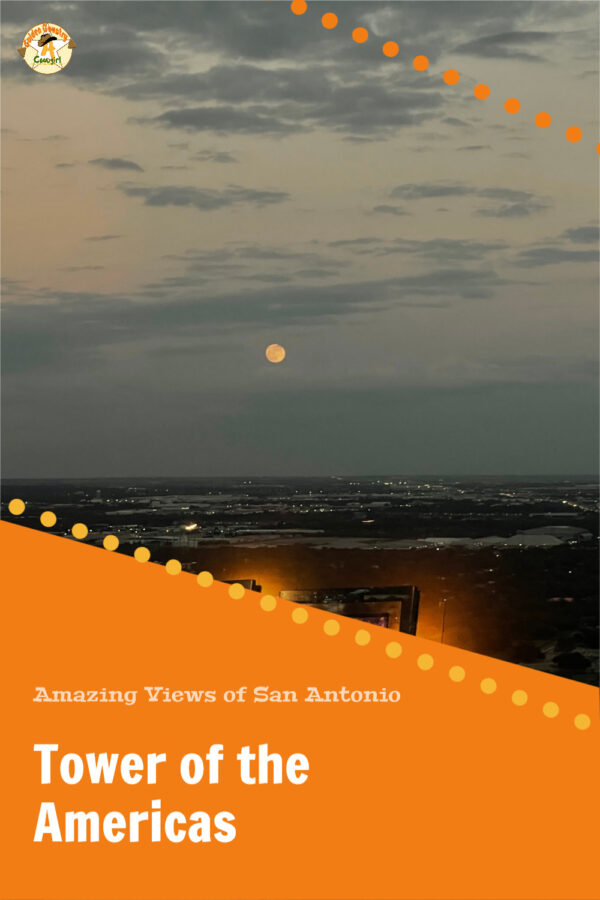 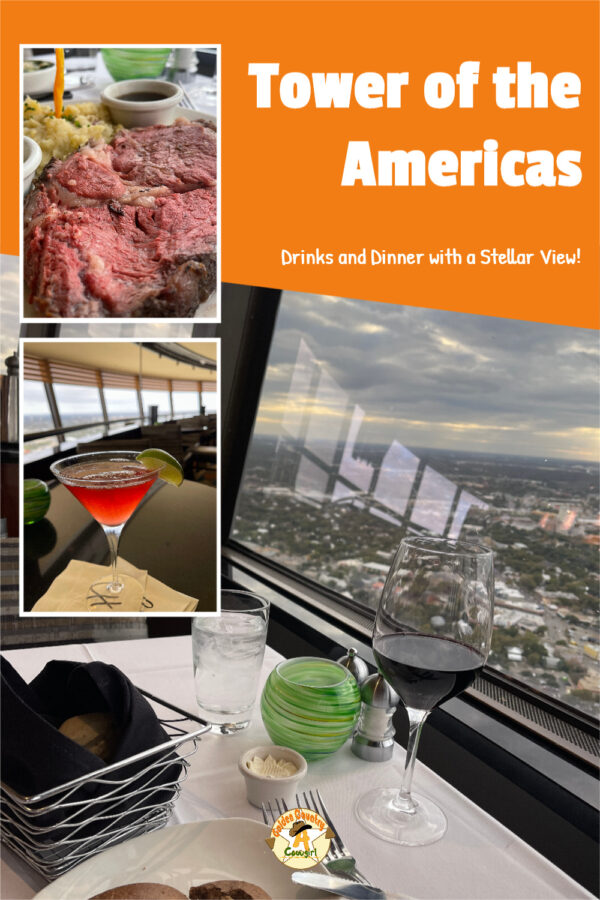 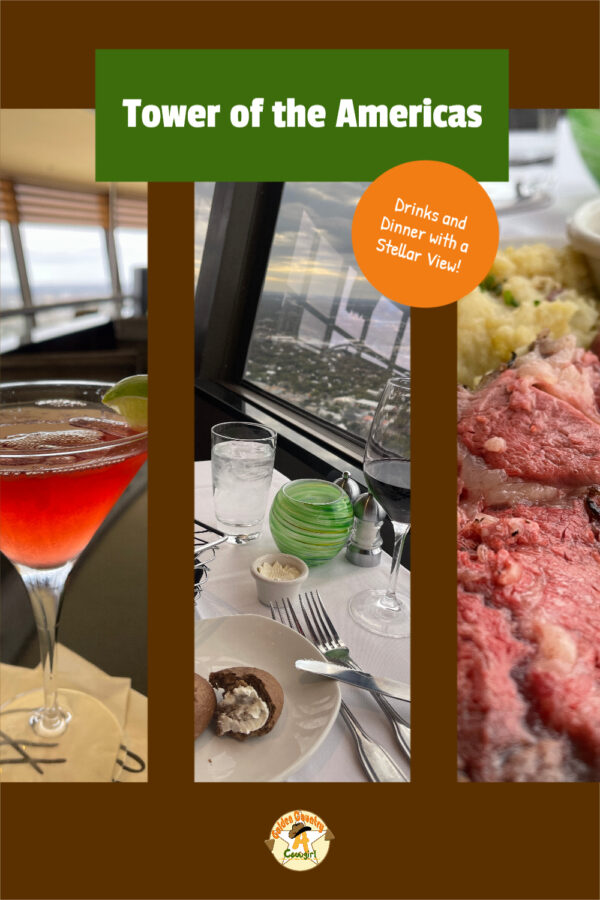