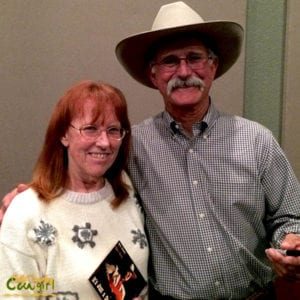 Back in March I went to see Dave Stamey at The Call in Pine Grove. I had been wanting to see him for years but I kept missing him when I lived in Southern California and he performed there.

The Call is just a few minutes drive from my house and a great venue for a concert. It’s intimate and has a terrific sound system.

I was excited to hear that he would be performing so close to home and I definitely was not disappointed. I enjoyed his performance so much that when I learned he would be at Scofield’s Cowboy Campfire at Red Mule Ranch in August, I planned right then to see him again. I hadn’t been to Scofield’s so I would be getting two for one, so to speak. 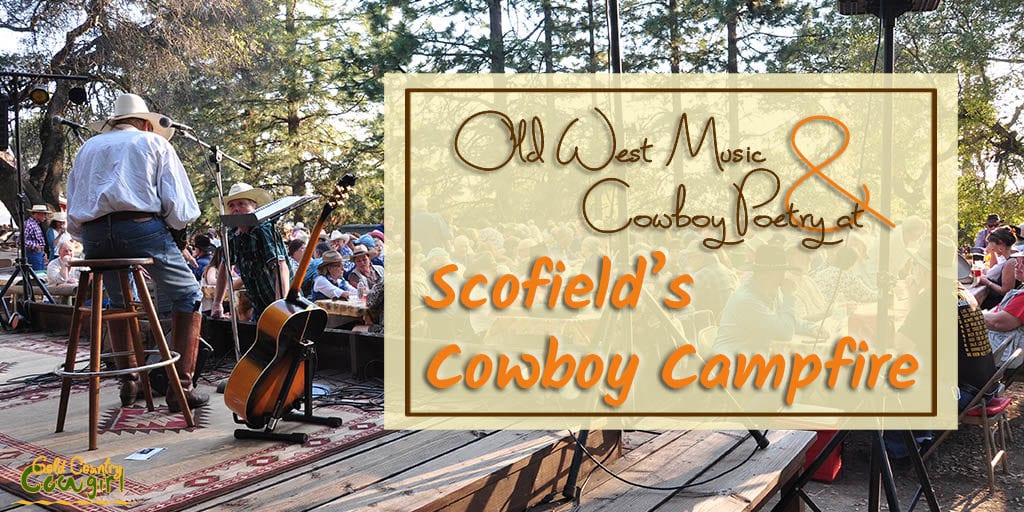 In July, I saw Slade Rivers at a Roaring Camp Saturday Night Cookout so I had an inkling of what to expect at Scofield’s Cowboy Campfire. When we arrived, there was a flurry of activity going on with all the helpers preparing dinner. 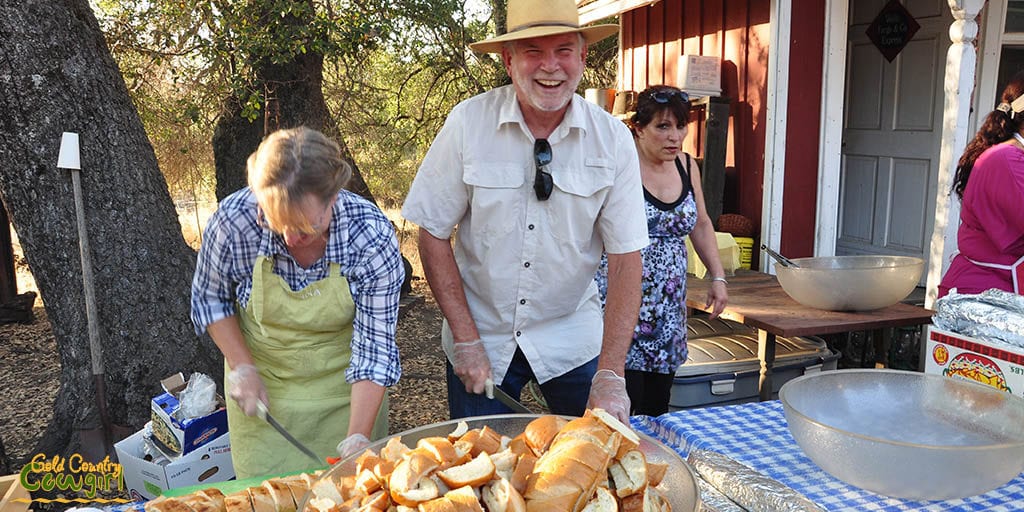 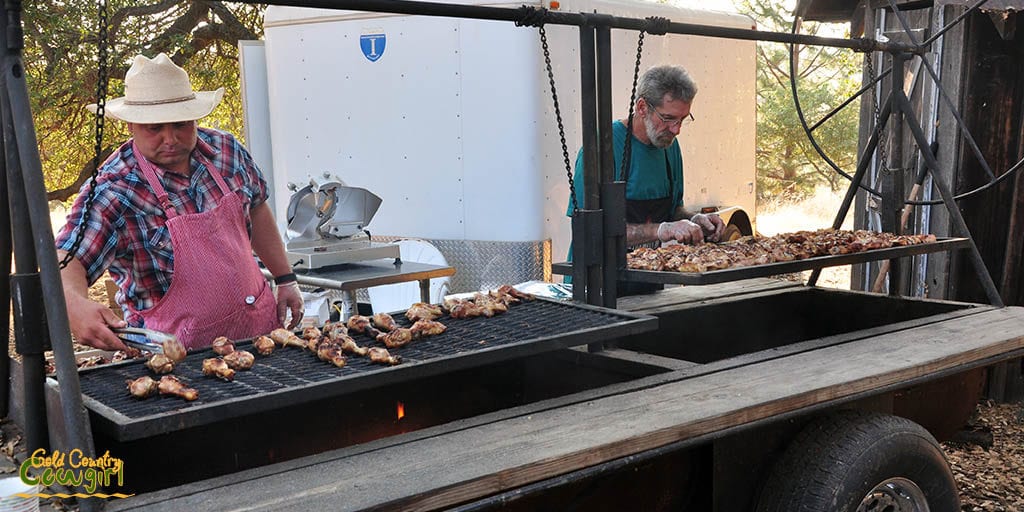 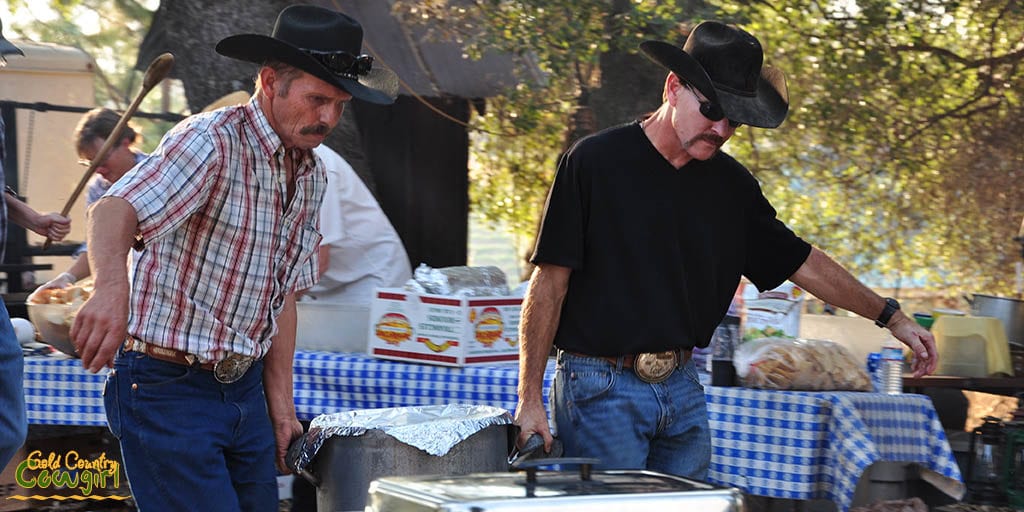 They were concerned that they were running a little late but I don’t think anyone even noticed. Everyone was having a great time visiting with the friends they came with, enjoying a beverage and eating the chips that were provided for snacking. I was there with a group of friends from my horseback riding Meetup group, Gold Country Chinks and Chaps. (Meetup groups are a great way to meet new people.) 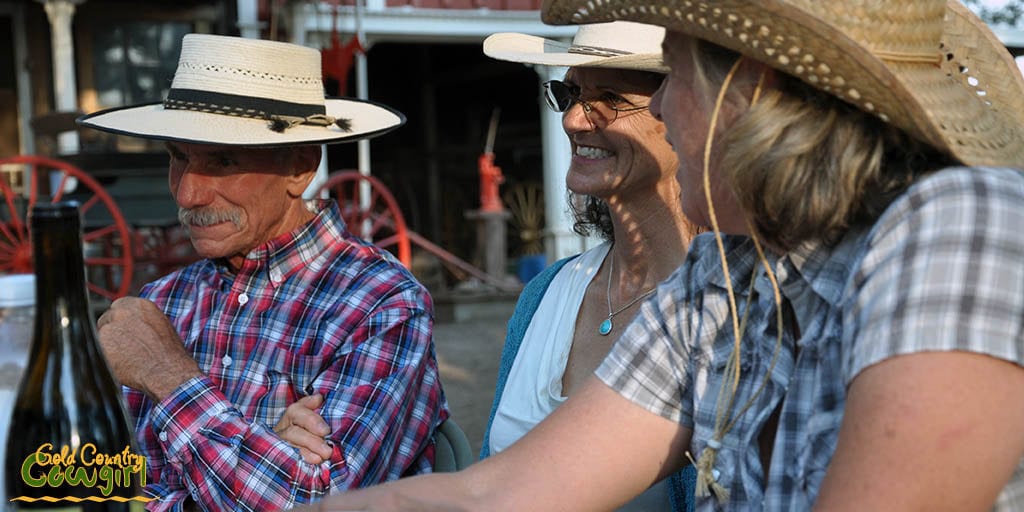 This little delay also gave us more time to check out the buildings and wagons. When Ron and Marie Scofield purchased and started Red Mule Ranch in 1972, it was bare land.  Ron built all the buildings himself to resemble an 1880s town. His dedication to keeping the old American West alive is well known and the ranch is a perfect setting for an evening of cowboy grub, music and poetry. 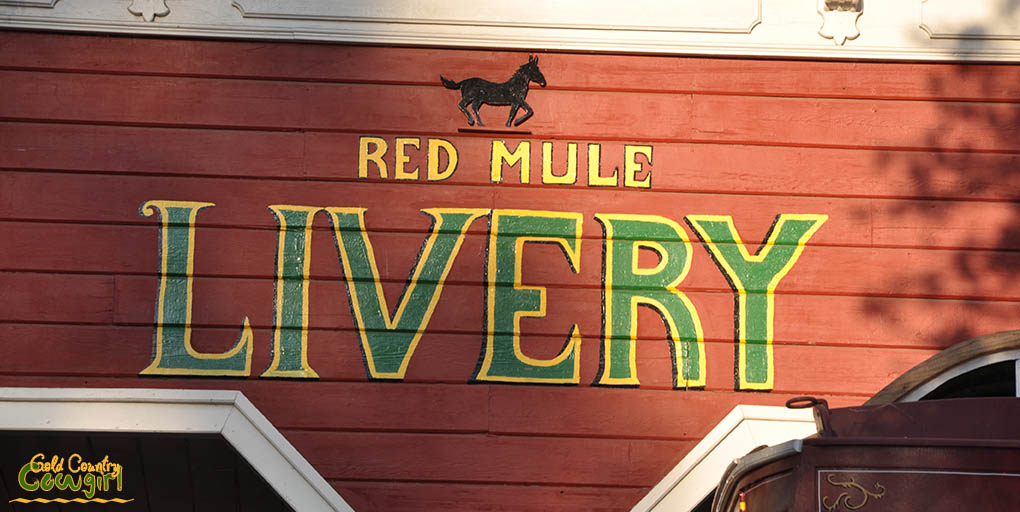 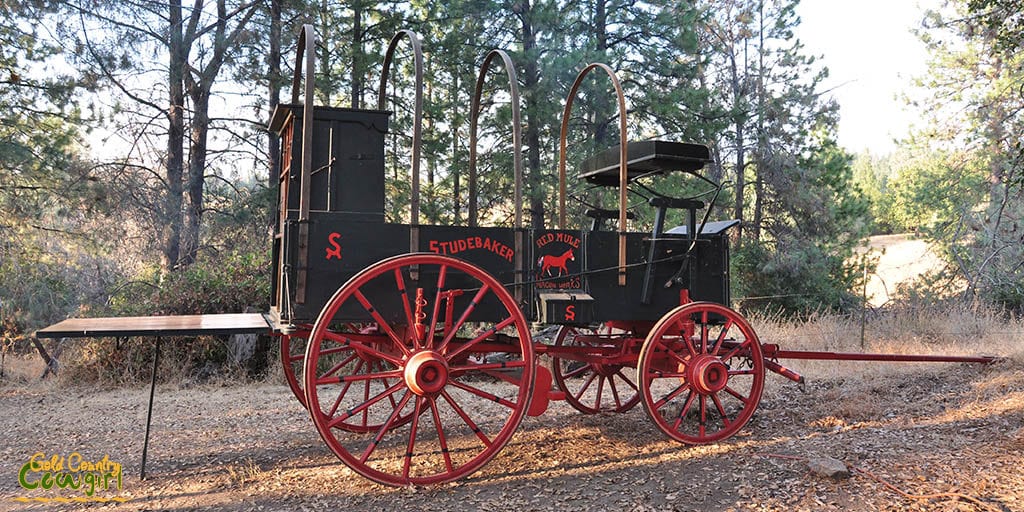 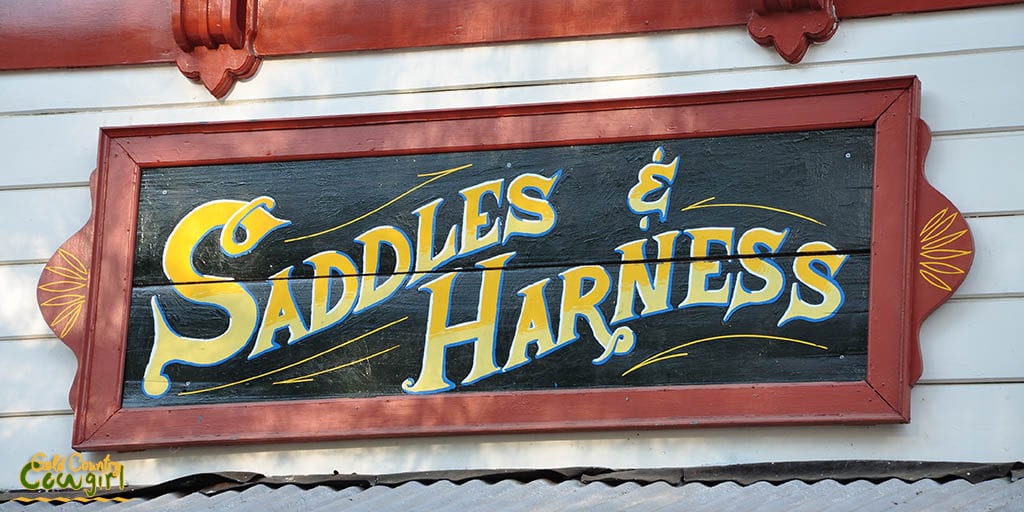 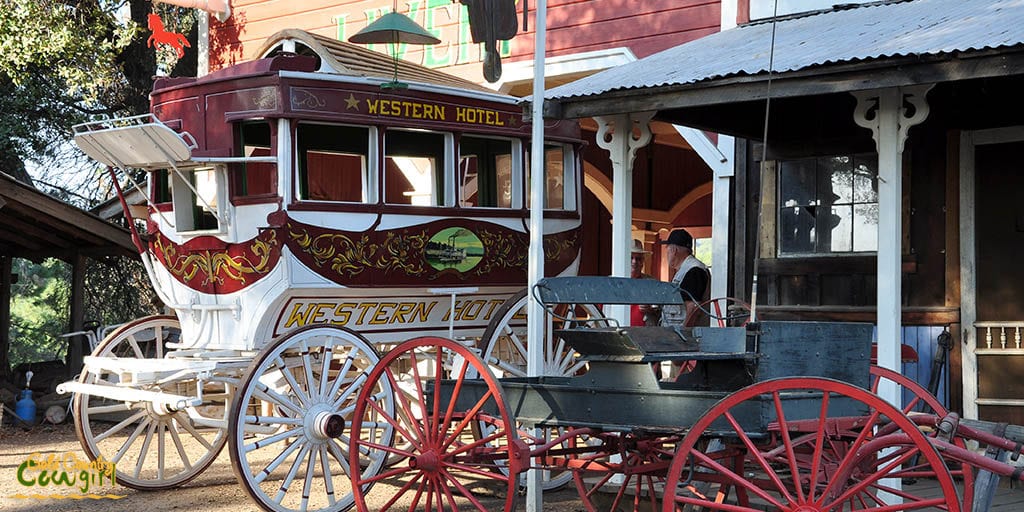 Once dinner was ready, Marie Scofield had everything well under control. Even though it was a large, sold out crowd, things went pretty smoothly and quickly. Our chuck wagon dinner consisted of tri-tip, chicken, salad, bread and beans. Dinner includes tea and water but you are allowed, and even encouraged, to bring anything else you want to drink. Everything in the meal was very tasty and the tri-tip was surprisingly tender. Later, we had apple pie for dessert. 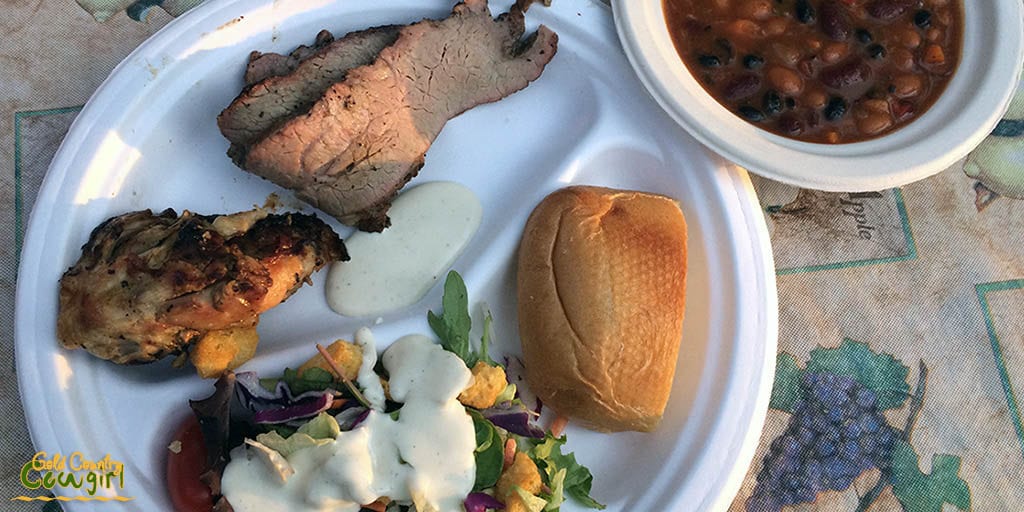 One thing I wasn’t expecting at Scofield’s Cowboy Campfire was to be entertained by Ron Scofield himself. I had no idea he was a musician but it turns out he has performed (with his son, Tom, on bass) in Genoa at the Cowboy Festival, at the Rhymers Rodeer (a cowboy poetry gathering in Minden, NV) several times and at countless other gatherings in Arizona, California, and Nevada. I thoroughly enjoyed his stories and songs. Even at 85, he still has it going on! 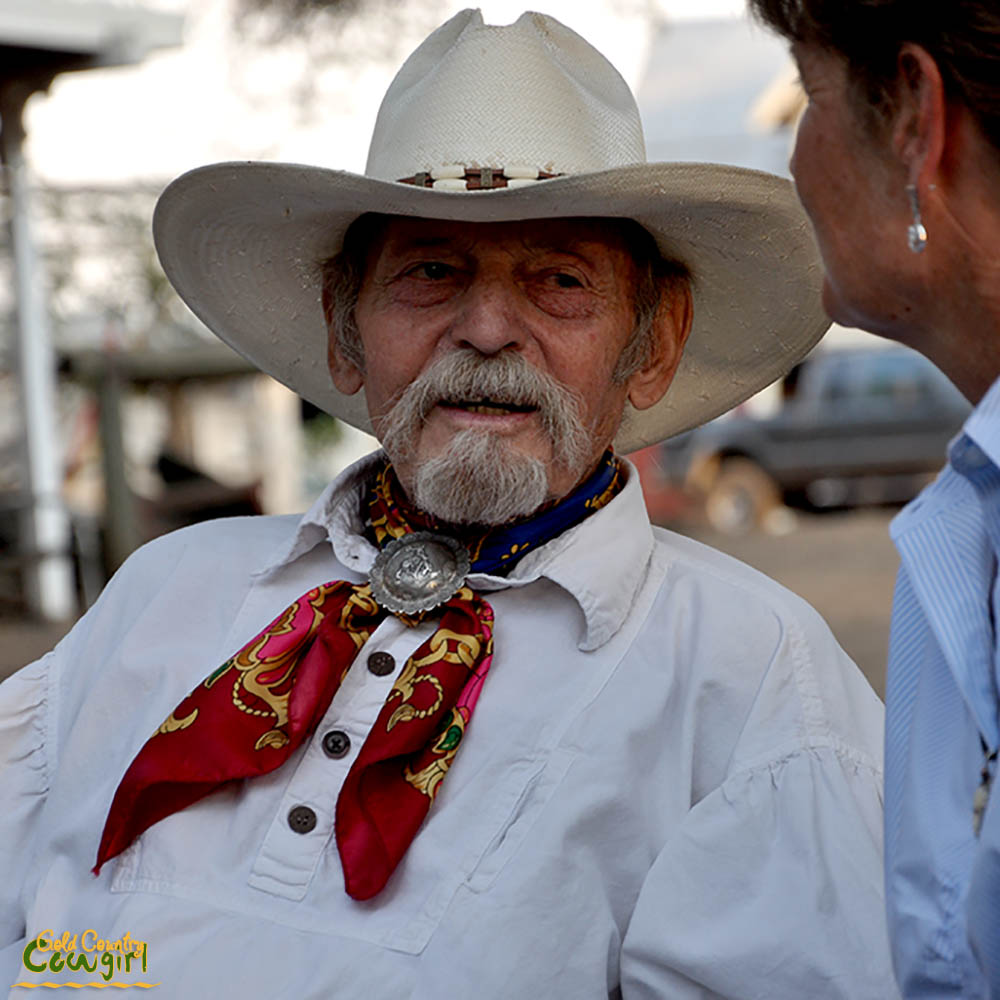 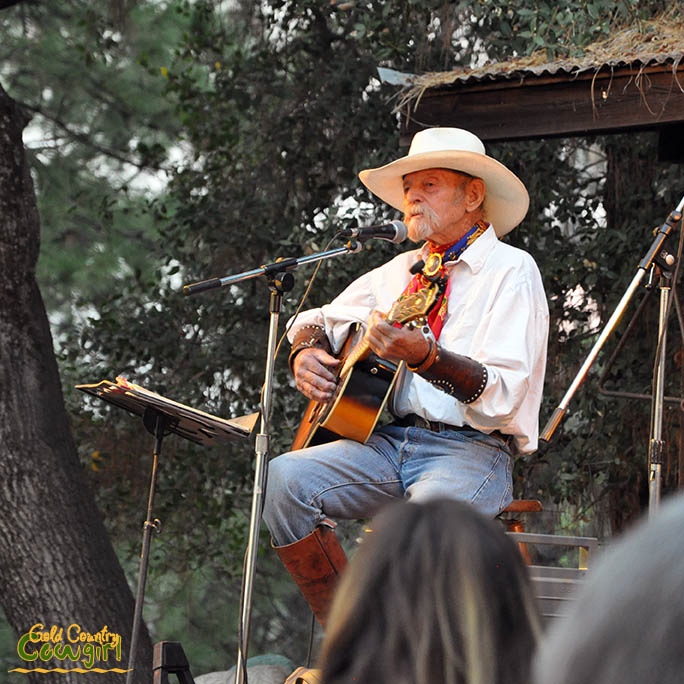 Once Ron had us warmed up, Dave came out to a very enthusiastic audience. I have to tell you, I’m not much of a fan of modern country music. I like some of it but not as a steady diet. I’m normally a classic rock kind of cowgirl but I love, love, love the old cowboy stuff. Dave has a wonderful way of telling a story and his music conjures up vivid pictures of cowboy life in the old West. 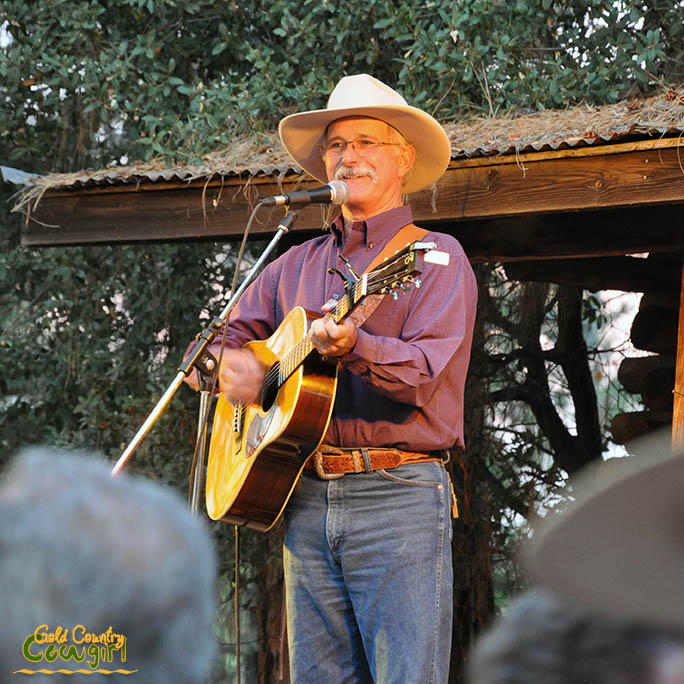 I have a couple of his DVDs and you can see lots of videos on You Tube, including this one.

Summer concert events are very limited at Scofield’s Cowboy Campfire so make your plans early. The entertainers they bring in “are well known professionals in some of America’s most specialized and rarely seen forms of expression and entertainment.” If you didn’t make it this summer, you’ll have to wait for next year. If you have never been, I highly recommend putting Scofield’s Cowboy Campfire on your summer list of things to do in Gold Country. 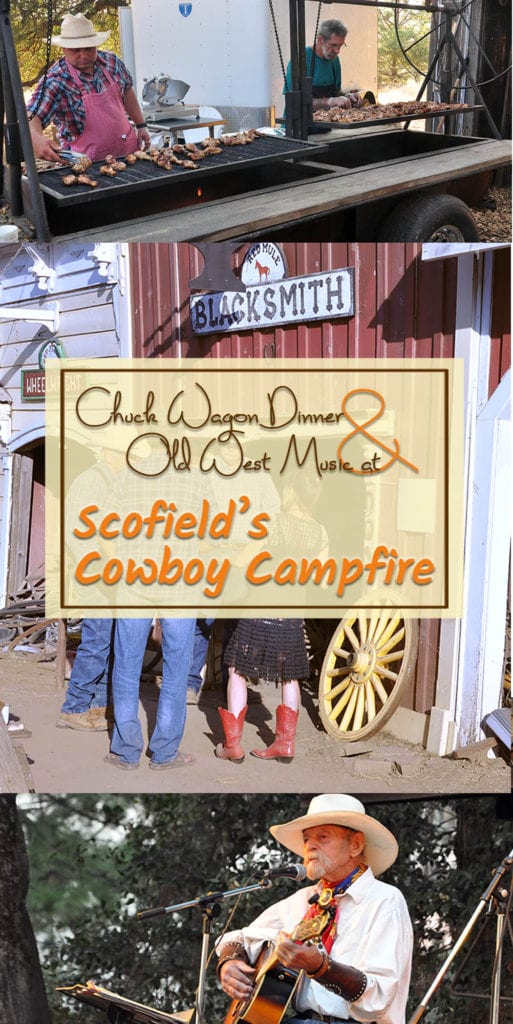