Lessons Learned from Two Weeks on the Road

I think the most important lesson I’ve learned on the road these past two weeks is that I can do a lot more than I ever thought I could, or at least more than I was ever willing to push myself to do. Fear of the unknown or fear of failure can keep us from doing so many things. I was not really fearful about this journey in general, but certain components of the journey scared me silly. I use the word silly because it turns out most of my fears were indeed silly. 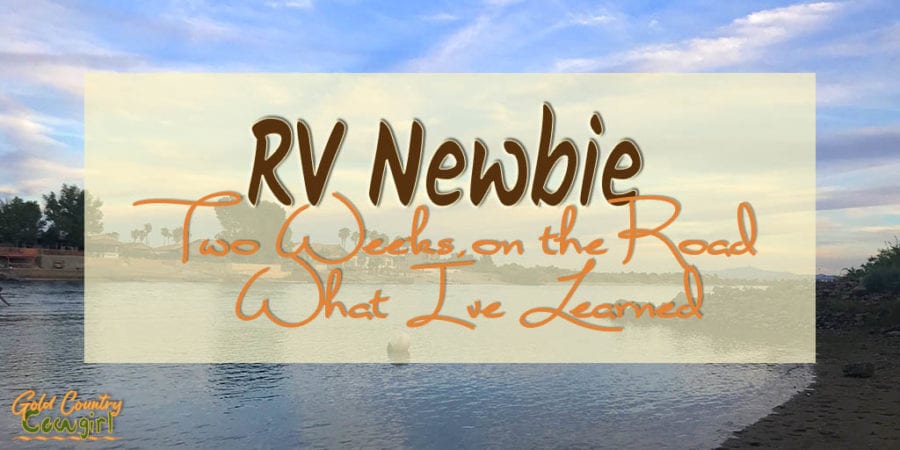 Take for example big trucks passing on the freeway. Yes, you definitely feel them but as long as you are aware and prepared, it is not really a big deal. A small correction as they pass and you are good. I found that smaller vehicles whizzing by can create more of an air disturbance than big rigs. Wind gusts are worse than either one of these things. Thankfully I haven’t had to drive in very windy weather but I have been through a couple of gusty wind areas.

The thought of getting gas with the trailer hooked up made me sick to my stomach. Now, don’t laugh at that. I think it is because I’m am still, after all these years, a little claustrophobic and I’m concerned about getting into a tight space I can’t get out of. With a little planning, that has been pretty easy too.

I’ve watched videos about emptying the dreaded black tank and those videos actually made me apprehensive about doing it. I found that setting up and tearing down the trailer at a site, including the sewer line, had been remarkably easy – until I had a clogged black tank! This happened while I was at Fisherman’s Bend in Newman, California, and thank goodness Reuben, the grounds keeper, saw me working to unclog it. I was trying a method I had seen on YouTube about using the drain hose to back flush because I didn’t have one of those fancy attachments that friends in a Facebook group told me about. It just wasn’t working for me so Reuben suggested putting a hose down from inside. I was leery about doing that as the tank was pretty full but I had no other option. It worked quite easily and Reuben even cleaned up the hose for me. What I learned from this is to use more water in the black tank! 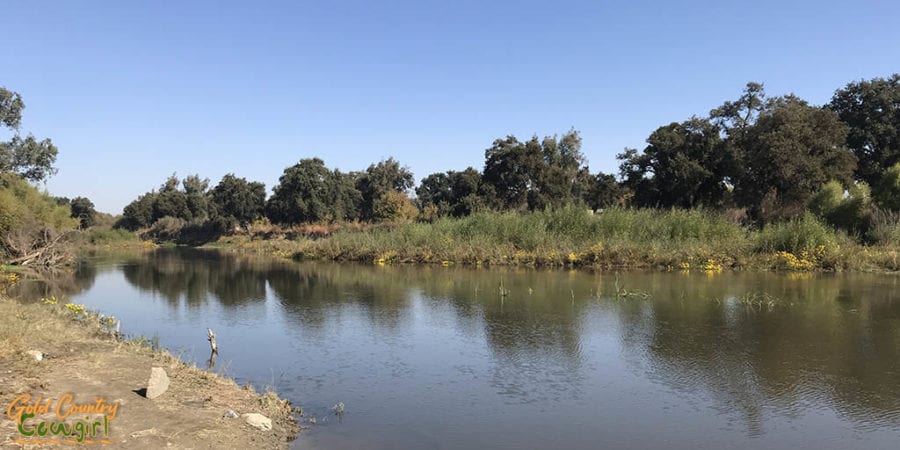 The San Joaquin River, just steps from my site at Fisherman’s Bend 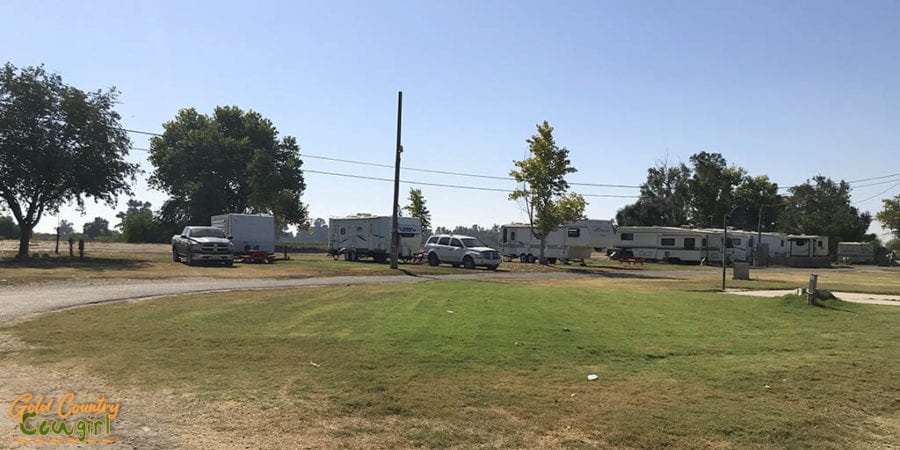 Manuals, at least ones written for the trailer and appliances back when it was built, leave a lot to be desired. The previous owner had kept all those things but I really learned how things work from the internet—like the water heater. The manual simply said turn on the gas and it will attempt to light three times, yada, yada, yada. Well, the gas was on at the tanks and there is an on/off switch in the water heater compartment. I turned that on and nothing happened. No ignition. I was surprised that later I had hot water but just assumed it started working. I don’t remember what I was researching when I learned that the switch to turn on the gas is INSIDE the trailer! Once that was on, I had really hot water. A few days later, the hot water heater reset light was on. I found a forum online that went into great detail about how the water heater works. OMG! That switch in the outside panel is to turn on the electric element. No where did my manual say anything about that or the heater being both electric and gas. I remember when the internet was new I said, “I’ll never do that. Who needs that?” It turns out that it is an amazing tool that I don’t know what I would do without now.

I am still very nervous about driving up steep grades. I’m towing a heavy load, but so far, my Dodge Durango has handled it extremely well. My drive from Bakersfield to the Colorado River felt never ending and seemed like it was uphill all the way. It was a long, stressful 6-hour drive and I was so grateful to finally reach my destination. I prefer to drive only 2-4 hours a day but I’ve had to step up my game a little to make it to an event in Texas on the 10th and 11th. More about that in another post.

Staying one or two nights somewhere is not nearly long enough to get anything done. One night is just a sleepover. Two nights at least gives you one day to sight see or do chores. Yes, there are regular chores to do like laundry, vacuuming, cooking, dishes, paying bills and taking care of the cats, including making their food. There is always something to do and everything takes longer because space is limited. I have a new respect for full timers who blog and publish videos regularly.

Making the bed is my least favorite chore in the trailer. The mattress goes right against the cupboards making it is almost impossible to tuck things in at the top. It is already a tight fit around the bed but to make it even worse, I have a cat tree on one side of the bed and the litter box on the other so I have to climb on the bed to make it. Have you tried to make a bed while you are kneeling in the middle of it? I hardly ever made my bed in my sticks and bricks houses so I don’t know why I’m so obsessed with it in my trailer but I make it every day. 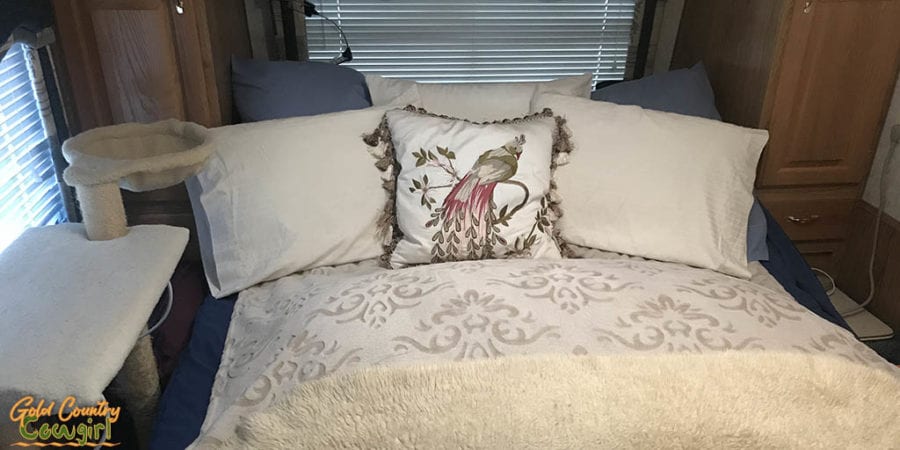 I learn something new about my trailer, towing it, RV parks or boondocking pretty much daily. I’m loving this journey of discovery, these lessons learned on the road, and the continual reminders that I can do it. In the next post, I’ll show you some of the great places I’ve visited. Be sure to follow me on social media, especially Instagram, for more current updates. 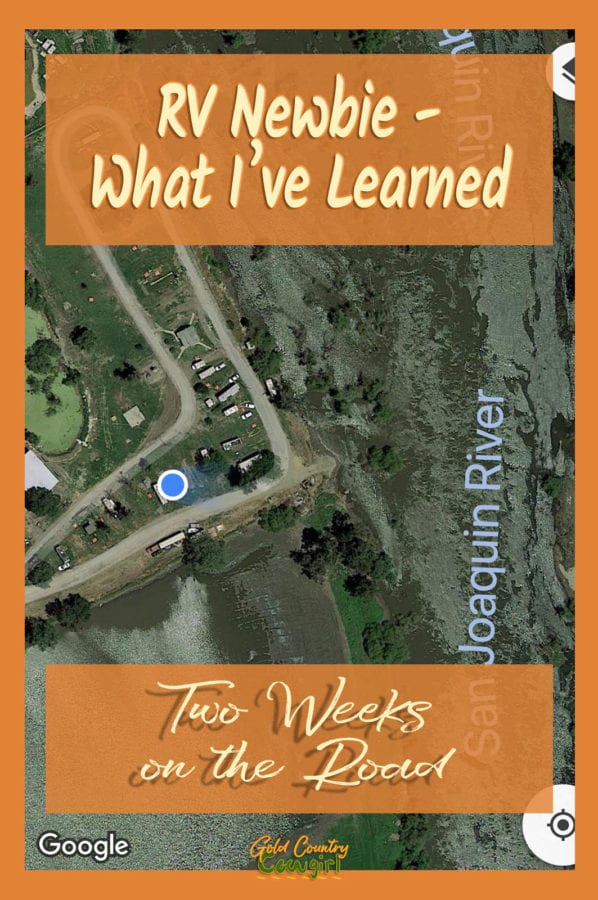